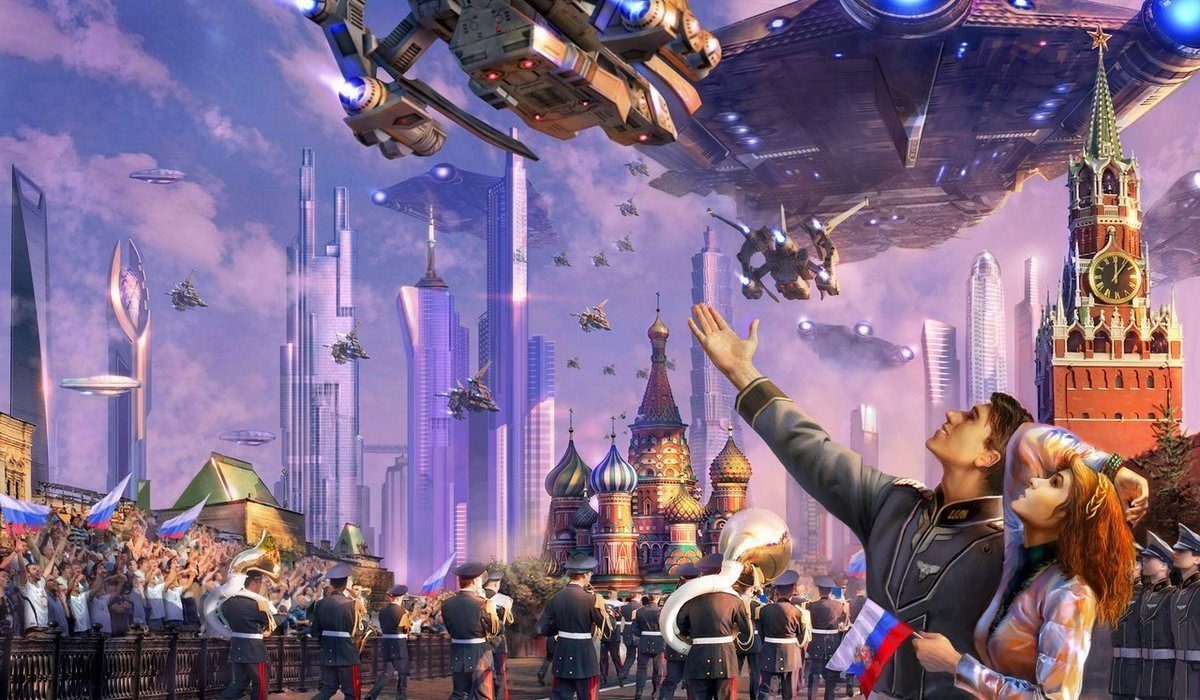 Russia’s liberal intelligentsia really stands out from the crowd of regular liberals as we understand them in the West. The Russian liberal is defined by a sort of refined self-loathing. He looks at Russia and despairs. It’s too wild, too un-European for him. He wants to bring Russia up to European standards. Only he rarely has any conception of what European standards are, or what it means to be a European.

They are young, predominantly, but there are still old-school liberal intellectual cadres that form the intellectual backbone. They copy Western styles, which means Hipsterdom reigns among the chattering classes of St. Petersburg.

Ah yes, my beloved city. It has unfortunately been infested with Russian liberals since its founding. And now the Hipster plague is ravaging the city’s youth.

Last weekend I went to a birthday party. I was with some trendy bougy middle-class young adults. And we hit up some pretty snazzy places. Everyone looked fantastic. The girls there all had beautiful dresses that clung to their slim figures… and the men were well-put together as well I suppose.

Why do I hang out with these people you might ask? Well, if I’m honest with myself, it’s because I’m a Bobo too.

But at least I am in recovery…

The whole time was spent talking about Western movies, Western bands and they even found time to poke fun at a folk group whose troupe had come by their dacha in the suburbs of the city. They were all aghast that I had passed up on the chance to go see Depeche Mode and London Grammar. (Although our fearless leader, Richard Spencer loves Depeche Mode, I am afraid I never understood the appeal myself.)  And of course, all of them had plans to go to the West.

Afterward, we went to a trendy club. For the first time in Russia, I saw some nogs that made it past the face control at the front door. Did the Russians in the club like it? No, they were polite but kept their distance for the most part. They didn’t like it. But they tolerated it. After all, that’s what Westerners do, right? For it to be a trendy club, it would need to have a couple of those magic negros that the Westerners seem to love to stuff in their music videos.

Russian trendy types are like children in that sense. They ape the West with no real understanding of why things are done that way there. It’s why you can have green-haired girls here who are raging racists. They don’t understand the cultural baggage that colored hair brings with it in the West. They just mimic it with amusing results.

I wanted to ask my merry company questions that I knew they would have no answers to like:

I didn’t though. I learned a long time ago that they themselves don’t know.

I am not the first to notice this tendency among certain Russian classes to look West, though. Naturally, it took a German to systematize and explain what Russia is and isn’t.

Oswald Spengler, my lord, and Fuehrer, believed that the Russian soul was split into two parts. The European-looking elite and intelligentsia were infected with a Peterine desire to remold Russia into Europe. Tolstoy was a great example of this line of thinking. Having read a lot of Tolstoy, and once being enamored of this world-view I completely understand on an intuitive level what Spengler was getting at:

“The Russian soul is not the same as the Western Faustian, as Spengler called it, the Magian soul of the Arabian civilisation, or the Classical of the Hellenes and Romans. The Western Culture that was imposed on Russia by Peter the Great, what Spengler called Petrinism, is a veneer. The basis of the Russian soul is not infinite space as in the West. It is not Faustian imperative, but is the plain without limit. The Russian soul expresses its own type of infinity, albeit not that of the Western which becomes even enslaved by its own technics at the end of its life-cycle.”

And then there is the other half of Russia. Dostoevsky was the avatar of this second Russia, the harbinger of the awakening Russian soul. Now, I never read Dostoevsky. I always thought it was too dark and complex. But now, as I find myself ruminating on this cleave within the Russian psyche between the Peterites and the genuine Russians, I find myself wanting to give Dostoevsky another shot, despite him hating on my beloved Bobo haven:

St. Petersburg says Dostoyevski, it is the most abstract and artificial city in the world. After this everything that arose around it was felt by the true Russdom as lies and poison. A truly apocalyptic hatred was directed on Europe, and Europe was all that was not Russia. The first condition of emancipation for the Russian soul, wrote Aksakov in 1863 to Dostoyevski, is that it should hate Petersburg with all this might and all its soul. Moscow is holy, Petersburg Satanic.

I find the Spengler explanation a better frame of reference to explain Russia’s liberal intelligentsia than any traditional Left/Right explanation that would be more at home in Continental Europe, or Whig/Tory divide that might explain the Anglo-sphere.

These Russian Liberals aren’t really “liberals” in the Western sense of the word. In more ways than one, they are the true elan of Russian society, always have been. They are well-educated, well-mannered and well-meaning. Their liberalism stems from shame for their country and their desire to see Russia be accepted into Europe. They long to show you, the Westerner, how Western they are as well.

And when they try, they can really dazzle you. Take the entire city of St. Petersburg. Built by Italians architects to put anything Europe had at the time to shame. I can honestly say that they succeeded. Versailles is cute and pretty, but Petergof is awe-some and stunning.

“See what we Russians can do when we put our minds to it!?”  it screams!

But let’s not forget our group of Russian intellectuals, drinking Whiskey (because Vodka is for the proles) around the table at the restaurant, celebrating and chit-chatting, surrounded by other well-to-do Russians as well. Let’s ask them here and now why they want to be Western so bad:

“We’re for free-speech!” they proclaim!

They don’t know that the West has left that part of its history behind already in favor of speech codes and stifling PC shame culture. Nothing I can say will divorce them from that view, or course. They will have to go there and see for themselves.

“We are for European Civilization!” they exude!

How cute. Not even Europe believes in European civilization anymore. But here in Russia? Everyone reads the European classics, studies the history of Renaissance art, and sighs with longing for Paris, the city of love and culture. Lol.

“We believe gays should be tolerated and not persecuted!” they reason.

How passe. Don’t they know that tolerance was in the 90’s? Now it’s abject worship- and don’t you forget it!

“Please, please don’t lump us in with those rubes that like to swear, drink and brawl that compromise the mass of the Russian lumpenproletariat!” they murmur into their glasses.

They don’t want to be considered “Russian” in the way Westerners consider Russians to be. In short, all the values that we think will save Russia in the long-run; its ability to still be brutal, harsh and unwelcoming of the Other…these are the values that Russia’s liberals turn their noses up towards.

“Why can’t our people act civilized?” they moan.

They want to be accepted as Europeans, so no wonder they preach tolerance- not of Hachi’s and other browns, mind you- no, they can’t stand those people either. Rather, they long for Visa-free travel, a strong rouble (to buy Italian goodies) and a cessation of hostilities between Russia and the West.

The thought that the West might have absolutely zero intentions of ever welcoming them into the European family as equals simply does not register in their minds. Nor does the fact that Russia is largely blameless in the post-Cold War world environment register either.

Their entire worldview is premised on the idea that if Putin and Russians, in general, acted with more deference to Europe, surely then they would be accepted as European and not as the great Other.

And of course, many of their sort hold views that would make even the Republicuck party label them as bigots and neo-nazis. But try telling them that. They really think that they are actually progressives.

And of course, they seem unaware that Russians remain the only group of people in the West that it is absolutely OK to hate on with near-genocidal intensity.  Whether it’s Neocons, Cold Warriors, or now Western liberals, the great White threat of Russia is the only safe target for Western scorn and feelings of faux patriotism.

Truly though, the ground is fast-disappearing under the feet of Russian liberals, despite the resurgence of Navalny as the opposition candidate. They are so thoroughly discredited, that they are only trotted out from time to time on Channel 1 so that Soloviev and Zirinovsky can bellow at them about what traitors the Yabloko liberal party of the 90’s was.

I enjoy those moments.

But it seems to me that there is an awakening in Russia. And I am thankful for every glimpse of it that I catch. The awe and respect that the masses used to have for these intellectuals is waning- noticeably so. They are growing independent of the consensus of the liberal elite and finding their own voices.

I notice it when I travel out of St. Petersburg especially. Many common Muscovites don’t give a shit about being more European, they’re quite content to be Russian. You can just feel the difference in the way they talk to you.

It’s even more pronounced in Siberia. I was lucky to meet some local patriots in the places I visited. They couldn’t care less about impressing me, or showing me how Western they are.

They knew that Europe was killing itself. And they explicitly said so.

“Russia needs to finally be Russian.” – thats what these people told me.

Powerful words. Here are some more prophetic words by Gogol:

˜Wait, the time will come when ye shall learn what the orthodox Russian faith is! Already the people scent it far and near. A Tsar shall arise from Russian soil, and there shall not be a power in the world which shall not submit to him!”– Taras Bulba

Am I being too optimistic when I say that Russia is a nation that is just starting reach an understanding of itself? Maybe, after all, this is only visible on the grassroots level for now.

The liberal classes though are getting jittery. So, the professors try their best to rail against Putin and hope that some Western institution invites them to come over as some Dissident a la Pussy Riot to become a propaganda piece in the West. Meanwhile, the sons and the daughters of the well-to-do plan their trips to Australia and Germany. They think that they will be welcomed with open arms.

Good luck and good riddance to them, I say.