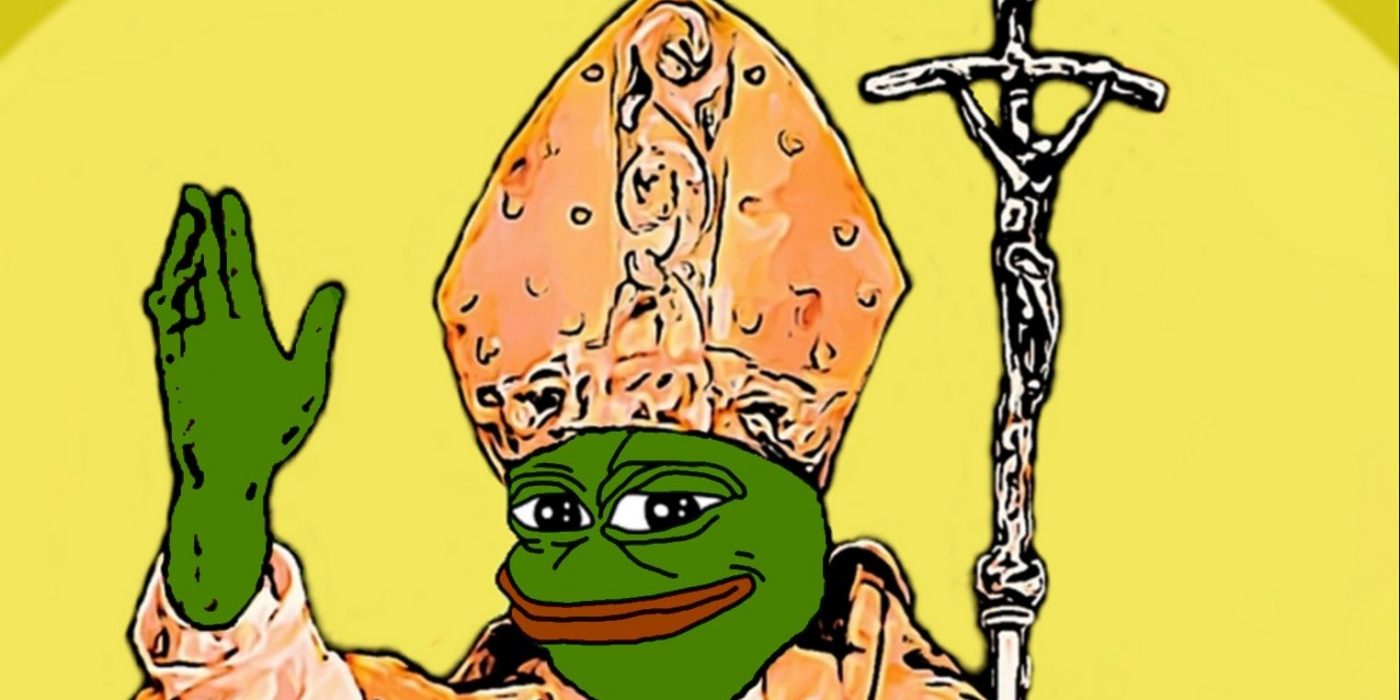 Can We Afford Not To Fight “Judeo-Christianity”?

A review of Andrew Fraser’s “Dissident Dispatches: An Alt-Right Guide to Christian Theology”. 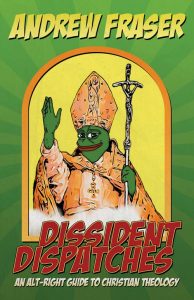 I really took an interest in Andrew Fraser’s The WASP Question (Arktos, 2011) which looked extensively at the group evolution of Anglo-Saxons and their currently anti-White pathology/ideology, in a way that reminded me a lot of Professor Kevin MacDonald’s work on Jews (see Culture of Critique and A People That Shall Dwell Alone). It attempts to pin-point some of the core problems we face today in terms of an evolutionary approach, and it is only natural that I was a little skeptical when a friend who knew Andrew Fraser sent me an advance copy of a new book he had written on Christian theology. These two subjects, at least at their face, have little to do with each other. But Dissident Dispatches: An Alt-Right Guide to Christian Theology (Arktos, 2017) turned out to be much more than I thought it would be, and I see now how Christianity itself can be analyzed effectively through an evolutionary approach.

Dissident Dispatches is the product of Andrew Fraser’s, a respected professor of law who was run out of academia for expressing pro-White views, decision to attend divinity school at a contemporary, suburban, school of theology. What he uncovers, and what we should suspect but may not realize, is that Christian theology in the liberal West isn’t about the things we might imagine, like when everyone is going to get ‘Raptured’, why you should ‘save yourself’ until marriage, or even getting to heaven. It is literally about a systematic moral justification for more Middle Eastern wars, adopting children from Africa, deconstruction of white privilege / male privilege, and turning the First World countries into Third Would countries thorough a self-destructive form of altruism and endless immigration. What is really interesting about Andrew Fraser’s book is how he fights back, by expertly deconstructing just how Christian teachings have been twisted, turned, and weaponized against the interest of White European peoples. We know that Cultural-Marxism has marched through and conquered all of our institutions, the state, media, and academia, but Dissident Dispatches gets into just how this was done in another historically important Western institution, the ‘church’. Particularly interesting is how a group of not really all that good German theologians who stood publicly against the Nazis during World War II were turned by the Western media and elite into the leading lights of Christian theology in the years after the war. By the time I was done with the book, it was fairly clear that what had actually happened was the meaning of Christian ‘orthodoxy’ (that is the ‘right’ or true faith) had simply been redefined during that period without resistance, turning Christian theology inside out and upside down. Andrew Fraser easily disarms the Cultural-Marxism / Globalism of his post-Christian professors by calling them out for what they are and using a historical approach (Andrew Fraser also taught history as well as law). After all, everyone knows that European Christians were the most “racist’, “sexist”, “homophobic”, “xenophobic” people to ever walk the earth. This leads into the serious question, if Andrew Fraser makes such easy work of restoring Christianity to something that is pro-White by simply embracing the anti-Christian liberal understanding of it, rather than the redeemed ‘conservative’ (i.e. cuckservative) one, are we losing what should be an easy fight because we simply aren’t showing up for the battle?

Is Christianity already sufficiently disconnected enough from the culture of our people, and dying fast enough, that we can afford not to fight back against the Cultural-Marxism and anti-White propaganda in the Christian churches? I saw a very good answer to that question in a comments section by Weev, who I had heard was a pagan, he asked ‘What would Odin do?’ (i.e. to save our people here and now). Any sensible person can see that there is only one answer. We are in the opening acts of the battle to save Western Civilization, and there is simply no way Western people are going to convert to paganism in any large numbers at this time. 4 in 5 White Evangelicals voted for Donald Trump, but while Red State Christians were busy hailing Trump’s victory along with the Alt-Right, their leaders were playing professional cuckolds for the Democratic Party. Last month the liberal media went crazy when Southern Baptist Convention President Russell Moore, like some Evangelical Pope, led the charge as his denomination formally condemned the ‘alt-right’ (as ‘white nationalism’ / ‘white supremacy’, of course) at their 2017 Annual Meeting. They went even further in the tabloids they controlled, calling out Richard Spencer, Vox Day, and others. There is obviously a very significant difference right now between the opinion of your average White Evangelical and those of their leaders.

What we get from Dissident Dispatches is a clear picture of how Christianity has decreasingly served as a share in the group evolutionary strategy of our own people, and at the same time, increasingly so in that of (((another people))). It also provides a rather sophisticated approach to reversing that state of things. Ultimately, we only have two choices, we can either let our enemies define the relationship that will exist between Christianity and the Alt-Right, or we can exert the will to define the future of that relationship ourselves.

TopicsAndrew FraserArktosbookschristianityreview
Share on FacebookShare on TwitterShare on RedditShare on VKontakte