Man-children need to grow up and reject the Kindergarten cult.

There is a cult of infantilization in the West. You have grown-ass adults talking about how everything they needed to know in life they learned in Kindergarten. These people are delusional and need a wake-up call. Almost everything that they taught you from Kindergarten onwards was both wrong and damaging.

1.Never Judge a Book By Its Cover

Always judge a book by its cover. Humans have developed pattern-recognition software over centuries of evolution that is extremely advanced and designed to keep us safe. Your gut knows when someone or something is off, even if your super-ego tries to suppress that feeling of unease.

Take a quick look at someone and chances are that you can tell quite a bit about them without even thinking about it. That guy who looks like he is slippery and untrustworthy almost certainly is.

And that goes double for stereotypes. Stereotypes come into being for a reason. Without the pattern-recognition software that is in our brains, humans would have died out a long time ago from stepping on the same rake too many times. Trust your instincts about people and about groups of people. Our species has been honing them for millennium to ensure our survival.

Rejecting those instincts will land you in a world of hurt.

Maybe if you’re a hot chick. Otherwise, if you’re a man, it’s what you do in life that makes you special…or not. To quote Tyler Durden, “you’re not a special snowflake.”

To be worthy of being called “special” you need to work at it day in and day out. Becoming special is hard and not everyone can do it. It takes effort, discipline, and inspiration. 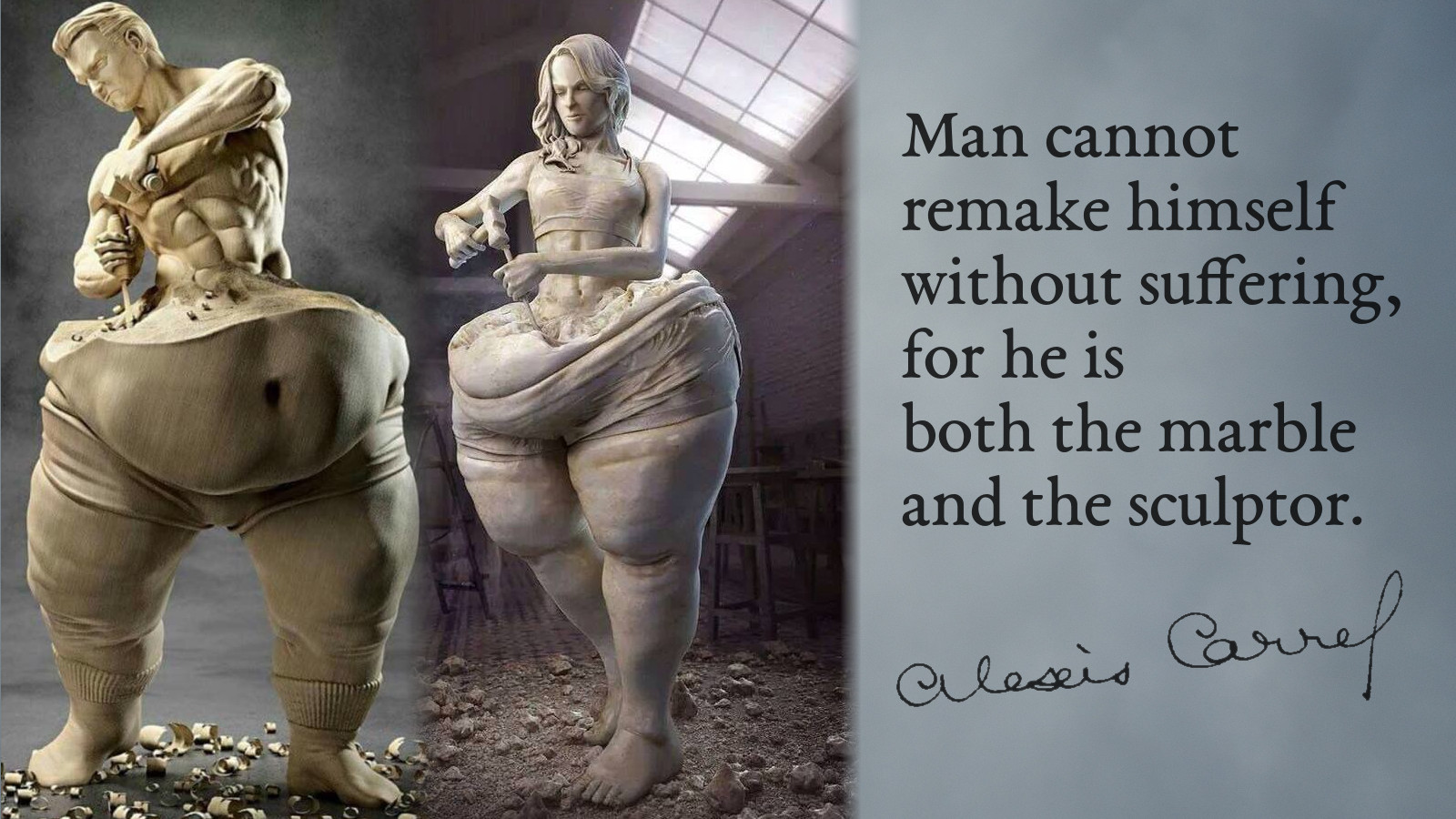 In life, there is the chum and then there are the few that dare to stand out.

If you’ve come to the Alt-Right, you’ve already made a stand. You’ve started your journey on the path of hard truths when it would have been so much easier to just go with the flow, to be an indistinguishable, pathetic and deracinated modern nu-male.

But it does not stop there. You have to become truly special to make a difference for your people and for whatever cause you believe in. Life is a struggle, and there is nothing wrong with that. It gives us purpose to struggle and fight. Mind-numbing platitudes take away from the beauty in life because they deny the harsh but natural truths of this world.

I was always taught never to fight back if confronted physically or verbally by a bully. To my eternal pride, I never listened. But an entire generation of Western youth has been subjected to Pavlovian conditioning when it comes to defending themselves.

They are taught to never stand up for themselves, to ignore the abuse, to complain to the teacher, and if all else fails, to suck up to the bully and try to make friends with him. This never works. But try telling that to the conditioned. This appeasement mentality is seen writ large in society vis a vis the Third World invasion. Everyone notices how the newcomers are taking up space, bullying the locals and flaunting the laws. But everyone is too afraid to stand up against this injustice. They’ve been taught to rely on the authorities and when that fails to suck up to the bully.

In short, starting from Kindergarten they’ve taught an entire generation of White boys to be little bitches. But no one respects a bitch, and as conditions continue to deteriorate, the weak will suffer. It’s time to toughen up.

4. Black History and the Holocau$t

There is no such thing as Black history. Period.

And I know this as someone who has been forced to learn about Martin Luther King, Fredrick Douglass, Harriet Tubman, Booker T. Washington, W.E.B. Du Bois, Malcolm X and countless other American Blacks. Every single year had an entire month devoted to studying this propaganda, and then some years were even heavier on the sermonizing.

You are surrounded by pictures of Black Athletes with milk mustaches while being taught about the horrors of slavery as if they happened just yesterday. But the true history of your people is hidden from you. All you are taught is self-hate and ethno-masochism. 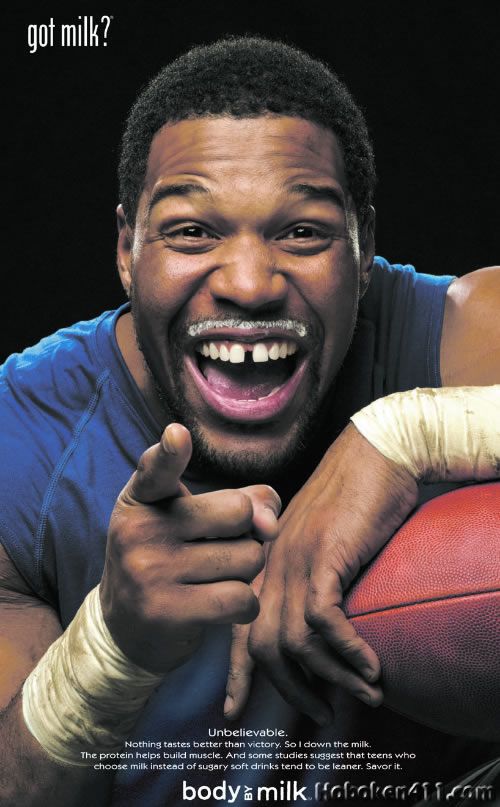 Then as you get older, they start taking you on trips to the Holocau$t museum. Luckily for me, once my father found out, I never had to go again. He simply refused to sign the permission slips. Others were not so lucky. Even after their mandatory pilgrimages to the indoctrination facility, they had to sit in class and watch reels of emaciated prisoners shuffling around in pajamas once every two years starting from the 6th grade up.

The truth of the matter is that force-feeding you propaganda about the Holocau$t is designed to make you feel guilty whenever you criticize the Jews. Everyone knows that noticing their subversive tendencies leads directly to Auschwitz, so better suppress that feeling of doubt that keeps creeping up into your hindbrain, goy.

It is time to cast off those mental shackles.

5. Treat Others How You Would Like to Be Treated

This one is known as the Golden Rule. And on the face of it, it’s not bad. The problem with the logic behind this rule is that it should only apply to people in your tribe. If you apply reckless niceness and turn the other cheek to people who are not part of your community, you will be steamrolled. This rule exists to minimize conflict and maximize cooperation among a community and to cut down on in-fighting. Of course, nowadays this good idea has been turned on its head and used as justification to teach acceptance and altruism to groups that are NOT part of the community.

You must treat the Other differently than you treat your own. If you do not, they will do you and yours harm. If you allow harm to befall your own people through naivite, you are a traitor and a fool- both words and concepts you are never taught in school either. But you must never allow a wolf into the midst of your flock. This is so basic, but it must also be retaught to the youth in the West. Furthermore, always being nice is not a virtue. It is a grave sin. 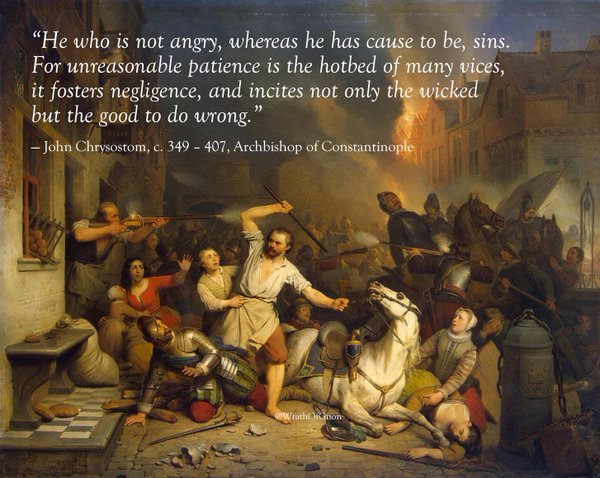 K-12 is mostly taught by frumpy cat ladies and other silly women throughout most of America. These delusional harpies preach Hallmark card platitudes as if they are the bible and impregnate our youth with delusions about the world. The sooner we start forgetting what we learned in Kindergarten classrooms and remembering what we learned in the school cafeteria, the better our people will be for it.