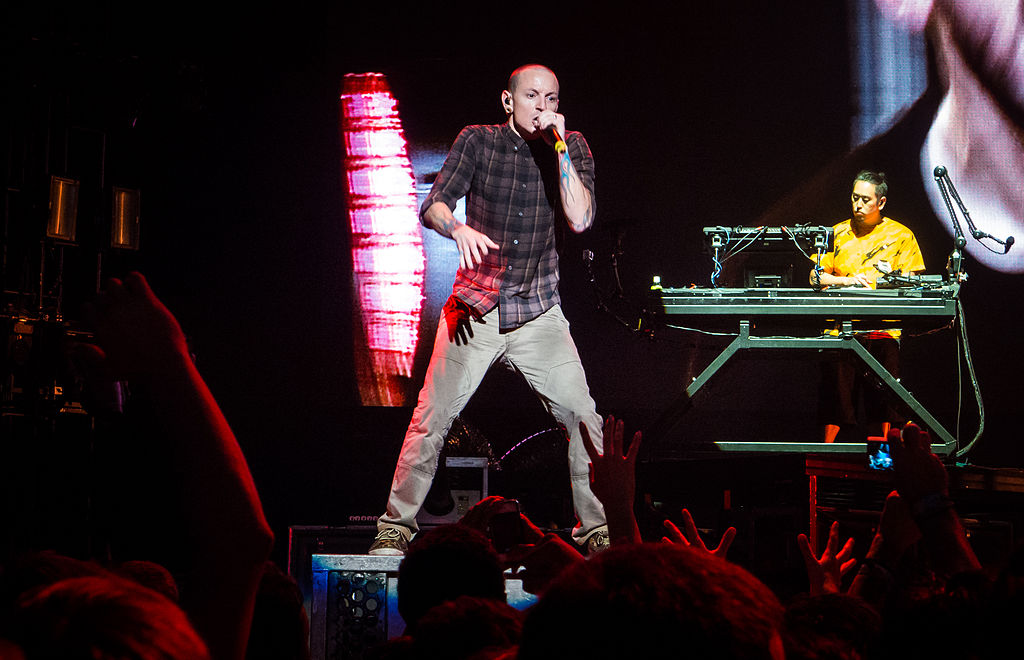 Linkin Park touched the millennial generation's frustrations with modern society like no other band could. For this reason, it's worth spending a few moments looking into the life of frontman Chester Bennington and seeing what we can learn after his suicide.

Sexually molested from the age of seven, divorced parents, a steady cocktail of drugs from the age of eleven, with alcoholism and depression entering later on — these are the things that framed the childhood of Linkin Park’s frontman Chester Bennington.

Unable to overcome his traumas and subsequent addictions, he chose to use them as a painful source of inspiration in his lyrics. His suicide is unfortunate, especially for his children and wife, and whether we listened personally to the band or not as we were growing up, Linkin Park held a central position representing the millennial generation’s frustrations with life and all the associated mental effects relating to the increase of broken homes and fragmenting communities. The band spoke of problems most of us experienced as teenagers, back when we were confused and distrustful of the direction our supposedly fantastic and free society was heading. Now, as adults in the Alt-Right, with infinitely more resources and knowledge at our fingertips, we are dedicated to overcoming and fixing these issues within ourselves and our societies. But still, for many of us, Linkin Park was the herald awakening millions of teens to the realization that the world is messed-up and it was time to prepare for a long battle. For this reason, I believe it’s worth spending a few moments looking into Bennington’s life of inescapable addiction and seeing what we in the Alt-Right can learn from it.

For me, I remember Linkin Park being the most popular band in my freshman year of high school in Central New Jersey. It was the last year I’d spend in the United States before moving to Hungary with my parents. My friends would carry around the Hybrid Theory CD and hold it reverently during recess while talking about the lyrics. We’d sit with crossed-legs in a circle in the shady corner of a grassy lot while the spawns of diversity hollered and beat each other up on the nearby basketball courts.

I only got into the band later, for a few months when my father was in the hospital in Hungary, dying from terminal lung cancer. The music is not positive and it does not remind me of a good place. Rather, I envision a constant delirious struggle with myself, getting caught in a loop over thinking various problems and feeling uncertain of ever being able to overcome the odds and live in peace. These are the very thought processes Chester Bennington described himself dealing with, in an interview with 102.7 KIISFM radio in February of this year. After a while, I realized the music was keeping me from moving past my own issues, so I grew out of it.

When it comes to Bennington himself, there are three things worth highlighting. First, there is the molestation by an older male friend. In his own words, Bennington described:

“It escalated from a touchy, curious, ‘what does this thing do’ into full-on, crazy violations. I was getting beaten up and being forced to do things I didn’t want to do. It destroyed my self-confidence. I didn’t want people to think I was gay or that I was lying. It was a horrible experience.”

It seems so tiring, but still necessary to reiterate the recurring theme we see with perverted males sexually exploiting boys and young men and the mental issues that result from the experiences. From Korn frontman Jonathan Davis’s well-known experience with sexual abuse, to more recently Milo describing his own struggle with two men molesting him as a teenager, there is a burgeoning and complicated problem here, and whatever the reasons for the failures of parents to protect and guide their children, sexual deviants are not being eradicated as they should, but instead the increasingly degenerate and shrill LGBT lobby is aiding them in campaigns that primarily target children, like Drag Queen Story Hour, just to name one off the top of my head.

Male child sexual abuse is such a pervasive issue that even CNN picked up on it, in their own special, fake newsy kind of way. They acknowledged the fact, yet set their sights on blaming “gender roles” and claiming the solution lies in emotionally supporting male sexual abuse victims in the manner of women. Nice try from CNN, though. Just trying to emasculate men even further.

The second issue worth bringing up is the drug addiction and alcoholism. According to NME:

His childhood was troubled – suffering sexual abuse from an older male friend from the age of seven until he was 13, Chester turned to drugs including opium, amphetamine and cocaine in the wake of the divorce, and was physically bullied at school.

This is how Bennington described his early teen years:

“I was on 11 hits of acid a day. I dropped so much acid I’m surprised I can still speak! I’d smoke a bunch of crack, do a bit of meth and just sit there and freak out. Then I’d smoke opium to come down. I weighed 110 pounds. My mom said I looked like I stepped out of Auschwitz. So I used pot to get off drugs. Every time I’d get a craving, I’d smoke my pot.”

Addiction is something we all have to face at one time or another, and it’s nothing new to us in the Alt-Right. Whether it’s overreacting, video games, drugs, alcohol, sex — the actual thing we are (or were) addicted to doesn’t matter. Nor does the underlying cause. Perhaps we were stressed by the imagined magnitude of our responsibilities so we developed an addiction to numb ourselves, perhaps we were blinded by pride and lust, perhaps we were just lonely, perhaps we hurt someone and have trouble getting over the guilt. In worst cases, maybe we were abused and exploited by adults we thought we could trust.

Whatever the details, there is a lesson to be gained from all struggles. They leave a mark on us and give a great depth to our lives, and this depth is neither good nor bad. It just is. Being red-pilled is certainly one such mark.

I don’t wish to preach here about overcoming addiction because it’s a topic that can be discussed endlessly and only ever offers mixed results. If someone is ready to get over an addiction, they will, and they’ll do it in a way that suits them. Wherever we stand in our personal journeys, take solace in the knowledge that one of the key factors that differentiates the Alt-Right from other political and cultural movements, especially the eternally victimized liberals, is our dedication to self-betterment and our ability to critically recognize our own faults and learn from them. Our primary goal is to make a better world for ourselves and others. We know from where true contentment springs, and that giving up is not an option. Especially if we have children. Which brings me to my third and final point. 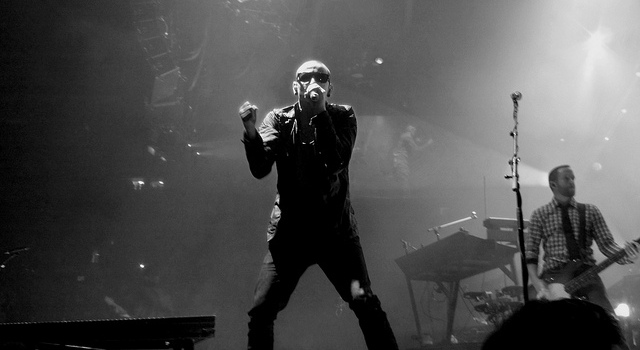 Chester Bennington had six children. If you have children, whatever old injustices and sufferings your mind still circles around become irrelevant, and your focus must be to ensure that your children live a protected life with proper parental guidance. You don’t get to kill yourself over feelings, no matter how painful those feelings may be. Doing otherwise is only perpetuating that pain into the next, innocent generation and opening them up to the same behaviors and thinking patterns that drove you to your grave.

This is also a challenge our generation faces. We’ve grown up exposed to so much misinformation and deliberately harmful depictions of “modern life” in the media and in our immediate surroundings that we’ve nearly forgotten how to treat each other and ourselves properly. How to be strong gentlemen and ladies who are not tossed into suicidal spasms of regret and sorrow over past mistakes and grudges.

Still, even if our minds are in the right place, it will require some effort to unlearn and suffocate all those poor behaviors and urges right where they stand. The degeneracy has to end with us. We have to break off that cycle of abuse, addiction, leftist social conditioning, for good, or we risk affecting future generations. This is the essence of our cause, and what we must represent.

Are we up for the journey? Don’t despair, maybe Linkin Park can provide some inspiration:

TopicsCurrent EventsMusicsuicide
Share on FacebookShare on TwitterShare on RedditShare on VKontakte