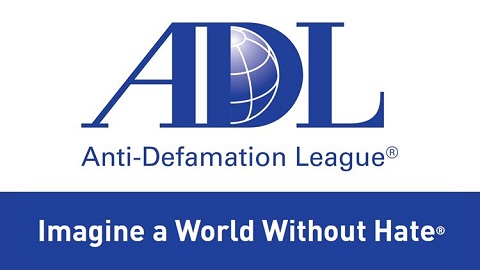 The ADL finally gets it…sort of.

Back in late 2016 a big concern for the Alt-Right was that many mainstream figures began identifying as part of the movement. Deluded under the belief that the Alt-Right was simply a boys club for anyone anti-Establishment, figures such as Milo Yiannopoulos, Steven Crowder, and even Alex Jones began associating themselves either explicitly or implicitly with the movement, even though none of them placed any emphasis on race realism, which is the core principle of being Alt-Right. Back then, this phenomenon was a real threat, as the ethno-nationalist movement found itself in danger of being co-opted by people who really did not care about race, least of all the White race.

Fast forward to 2017, and most of this mess has thankfully been cleared up. The old pro-Trump movement has now broken into clear lines of division, the Alt-Right and the Alt-Lite, one subscribing to racial nationalism, and the other to merely civic nationalism (or at the most, anti-SJWism).

With the ADL’s updated guide on the Alt-Right and Alt-Light, the lines have been officially drawn once and for all, and probably for the best.

Read the article at ADL.org

When even your enemies acknowledge something, it’s more or less set in stone. At this point it is universally accepted that the Alt-Right is a movement made BY white people FOR white people, and anyone who does not believe this is not, by definition, part of the movement. Now that the lines have been officially drawn, I believe that ‘converting’ the Alt-Lite is an inevitability. Despite the fact that the ADL distinguishes between Alt-Right and Alt-Lite in their guide, they still make it very clear that they regard both groups as being rife with hateful, bigoted, racist, sexist, homophobic Nazis. Members of the Alt-Lite are finally beginning to realize that cucking for Marxists won’t get you anywhere, and as expected, many have been gradually joining the Alt-Right.

Things are looking quite optimistic, and I can say with renewed assurance that we are going to win the battle against the Alt-Lite, against Centrists, and against ‘Skeptics’. By doing so, we will consolidate the opposition, an important step for moving forward.