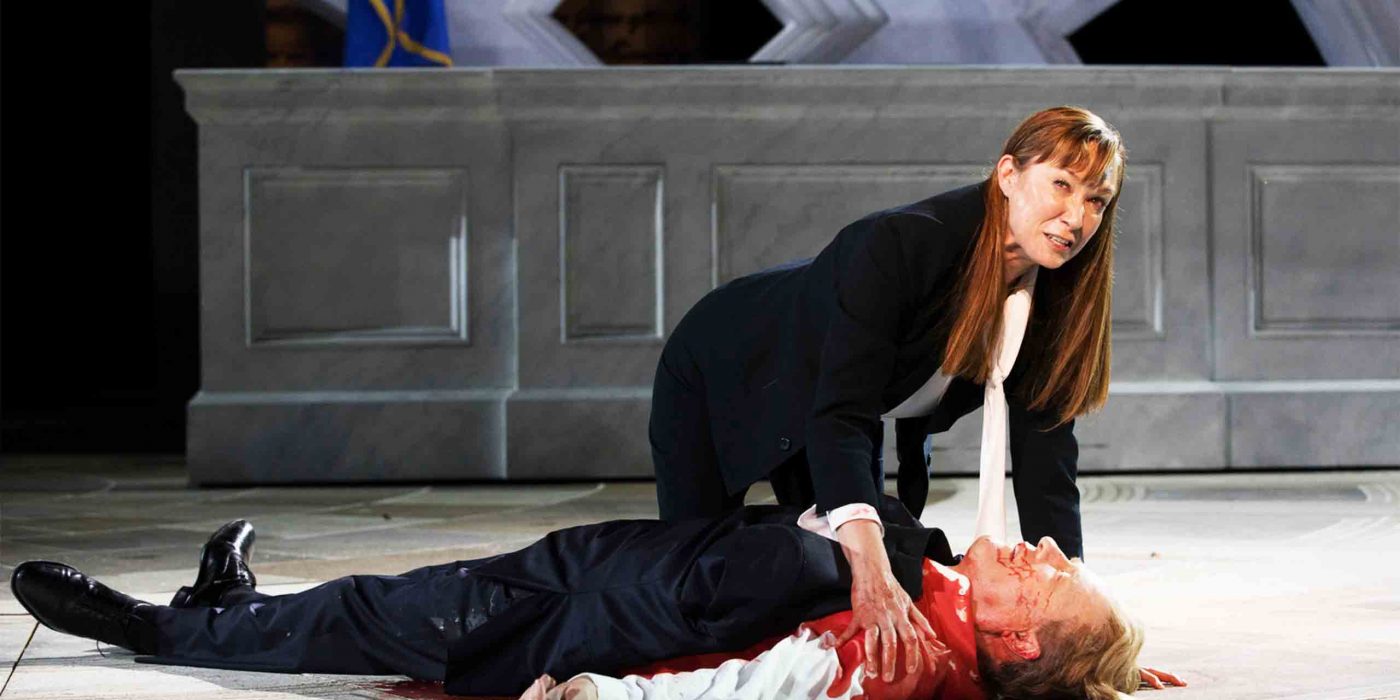 The Plot To Kill Trump

Anti-White journalist Jonathan Freedland has written a thinly veiled assassination fantasy targeting Donald Trump. Its publication and promotion are symptoms of a sick and co-opted culture.

Jonathan Freedland, a British-Jewish journalist infamous for hailing the demographic eclipse of the British people in their own homeland as “a kind of triumph,” has devoted the last 12 months of his miserable journalistic life to neurotic attacks on the Trump presidency. His hyperbolic writings at the Guardian, while making little original contribution to the intellectual debate over the progress of the Trump administration, have instead revealed much about the paranoid preoccupations of Freedland, the Left, and elements of the organized Jewish community.

Until recently, Freedland’s rantings have been predictable. In Freedland’s caricature-like portrayals, Trump emerges as a shameless, Duce-like figure who “respects no limits on his lust for power.” Rarely shy of a dramatic turn of phrase, Freedland writes about his prior enthusiasm for the Constitution of the United States—a document he sees as guaranteeing a multicultural state—and his growing unease that this same document somehow permitted a “dangerous man” like Trump to assume office: “Trump is testing my admiration for that document— testing it, perhaps, to destruction.” Freedland has lamented that democracy in America “now stands naked—and vulnerable.”

Freedland’s opposition to the Trump administration, interpreted on the basis of his own words and arguments, is not rooted merely in generic Liberalism. It also comprises an element of ethnic self-interest. Freedland perceives Trump to be obstructive to Jewish social and political objectives. This is most apparent in his journalism for the Jewish Chronicle. While he rarely, if ever, mentions his Jewishness to the Guardian’s mass readership, in his writings at the JC, Freedland is significantly less circumspect. In March, for example, he wrote that Trump “is no friend of ours and the correct Jewish stance on Trump was one of vigilant opposition.”

Trump’s “crimes,” according to Freedland, have included the White House statement marking Holocaust Memorial Day, which did not mention Jews or antisemitism. Freedland further complains that Trump “has no instinctive sensitivity for Jewish concerns:

Any condemnation of antisemitism has to be either scripted for him or else extracted under pressure. More troublingly, he has an uncanny knack for speaking to and about Jews in a way that thrills antisemites.

More embarrassingly for Freedland, he was one of the most vicious and persistent critics of Trump’s assertion that the bomb threats called into a number of Jewish buildings were probably made by Jews. At the height of the controversy, Freedland had written:

Trump was asked in a meeting of State Attorneys General about the wave of bomb threats to Jewish community centers. According to those present, Trump speculated that, rather than taking these incidents at face value, they should consider that “sometimes it’s the reverse, to make people—or to make others—look bad.” Trump reportedly used the word “reverse” two or three times. What can this mean, except an implication that these threats to Jewish buildings were made by Jews themselves, to damage Trump? The notion of “false flag” attacks is a staple theme of the far right. In this context, it is a classic antisemitic trope: that anti-Jewish attacks are invented by cunning Jews to win underserved sympathy.

How unfortunate for Freedland that this ‘classic antisemitic trope’ was later very soundly confirmed.

Not one to waste his talents, Jonathan Freedland has for several years published fiction under the pseudonym “Sam Bourne.” His earliest pulp novels appear to have been an attempt to cash in on the success of Dan Brown’s thriller formula, and the syllable similarity in the two names likely isn’t accidental. In these novels, one can discern Freedland/Bourne using fiction to play out personal fantasies. For example, The Righteous Men (2006) is a trashy religious thriller, which derives its subject matter from Jewish folklore and has “a faction of the Christian Church” in the “bad guy’” role. The book was followed by The Final Reckoning (2008), a revenge fantasy about a group of so-called “Holocaust survivors” who set out to assassinate former National Socialists. Freedland/Bourne’s recently thriller, To Kill The President, has taken matters to a new extreme, and blends the author’s history of anti-Trump journalism with his penchant for fictional ethnic revenge fantasies. Of course, no-one in the Trump administration is named in the latest novel, but Freedland makes no attempt to disguise his meaning. In the “feminist” plot of To Kill the President, a female White House aide (and “avowed liberal”) uncovers a conspiracy to murder a recently elected populist president who unexpectedly won an election against a female Democrat who attracted criticism for being careless with her email service. The President, described as a “cheat and bigot,” offends the political and media establishments with “the tweets, the lies, the grotesque misconduct, the acts of unwarranted aggression.” One scene includes the President grabbing a female assistant by her genitals in the Situation Room, where staff have been summoned in the middle of the night because the President plans to launch missiles at China and North Korea. Using a puppet, Freedland gets to vent his spleen, casting the most vulgar accusations and insinuations against Trump without fear of a libel suit.

Freedland’s portrayal of Steve Bannon is also noteworthy. The novel’s President, an unstable demagogue, is ultimately a marionette dancing to the tune of a “ruthless chief strategist” with an Irish name—in this instance Bannon becomes Crawford “Mac” McNamara. McNamara/Bannon saunters around the White House as if he is President, talking down to women and acting every inch the alpha male. The Bannon caricature presented by Freedland has been likened to a “middle aged rock star.” One senses that Freedland is made deeply uneasy by Bannon’s opaque role within the White House administration, as well as his perceived masculinity. Much could be read into the fact that Freedland offers no fictional portrayal of Jared Kushner.

The novel thus offers insight into the minds of our opponents. Their fears, insecurities, and, yes, their fantasies, are right here in black and white. But most importantly this is a work of incitement. Given the current context of increasingly violent leftist conduct and rhetoric, To Kill The President should be interpreted as a deliberately targeted (and potentially quite dangeorus) flirtation with the idea of political assassination. None other than Mark Lawson, one of Freedland’s colleagues at the Guardian, writes at the end of his review of the book: “Even committed Trump-haters may suffer struggles of conscience over what would count as a satisfactory resolution of the plot.” This is a book that, ultimately, get its “thrills” from the prospect of the murder of Donald Trump.

The mainstream publication and promotion of To Kill The President is symbolic of the degradation and co-option of our cultural and political life by neurotic, twisted, and hateful elements within our gates.

TopicsDonald TrumpJews
Share on FacebookShare on TwitterShare on RedditShare on VKontakte