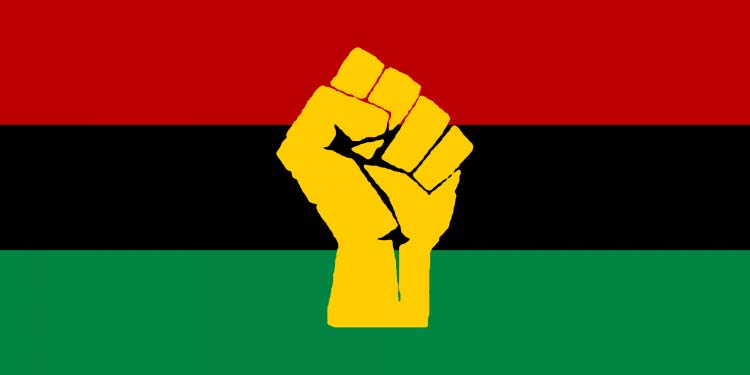 The Alt-Right Can Learn From The Pan-African Movement

Can the Alt-Right learn something from the Pan-African Identitarians?

Here in the United States, it is no new claim that the specter of West African slavery has haunted policy for centuries: beginning with cessation of trade, then to the abolition of practice, and now reparations for consequences. A majority of today’s black Americans (and the rest of us, for that matter), know nothing about Africa and African politics and only get involved with the legacy of slavery insofar as they can further the anti-colonialist narrative. Not only is this damaging in the sense that unquestioned, the anti-colonialist viewpoint is more sympathetic to the Liberal morality of the west, but also that when the rare scholarly leftist brings about true argumentation his position is without rebuttal. Not contesting this sort of person, or not being able to contest him, is just as damaging to our cause as those who willfully cuck to it.

In order to develop a truly coherent position on blacks in the United States, one must first make one key distinction; black Africans who immigrated to this country (and the offspring thereof), and black Americans whose ancestors were slaves.

Let us begin with the first sorts of blacks, whose migration is a recent and much less nuanced issue than that of the slaves. Aside from Oceania, Africa makes up the least amount of persons awarded “Lawful Permanent Resident” status from the United States Department of Homeland Security per year, with a number that has fluctuated around 100,000 for the last decade.

Sub-Saharan (read: blacks) currently account for around 75-80% of those Africans that are accepted. This trend is the aftermath of the larger demographic influx beginning during President Reagan’s term wherein he expanded all immigration, and from the time period between 1980 and 2010, the population of sub-Saharan immigrants doubled every ten years.

When I tabulated these data to analyze, I was struck by two things in particular. Firstly, that of the 79,081 sub-Saharans admitted into the United States, a whopping 12,862, or 16.25% of them, came through The Diversity Immigrant Visa Program — part of the Immigration Act of 1990 — which entitles non-whites (and some slavs) to 50,000 visas per year. These people are chosen through a lottery system in which those deemed eligible are randomly selected; the few criteria that exist are not very selective: aside from being a resident of applicable countries, only a high school diploma or two years of work in a trade is needed. Because this is enough to be considered “brain drain” for most of sub-saharan Africa, this policy not only damages American demographics but those of the African nations as well.

Keeping in mind that it was George H.W. Bush who signed the Immigration Act bill into law and that only one Republican senator voted against it, it is indicative of how the progressive agenda is largely accepted as written law. While the border wall is fantastic for dealing with illegal immigrants both symbolically and functionally, the legal cobelligerent in the war against demographic shift is fought in Congress, not on the border. While it is bad enough to think that there are state-owned corporations and universities in Europe and America which employ discriminatory hiring practices against whites, there are also country wide diversity quotas which constitute overt and intentional White ethnic pollution.

The second surprise I received in analyzing these numbers is the discovery that a staggering proportion — 41 out of every 100 — have visas that come from having immediate family members as naturalized citizens or lawful permanent residents. This is, of course, in conjunction with the diversity lottery, means that once one family member gets into the country, in effect, every relative of his does: brothers, sisters, mothers, fathers, and all the dependents thereof are included by “Immediate Relative” ad infinitum.  This major flaw in legal immigration policy from Africa means that the United States is taking not only the best and brightest black Africans but also their perhaps not so smart relatives.

This means the population in many African countries — especially in Nigeria, Kenya, and Somalia — is not only being drained of its cognitive elite, but the genes which contribute to that eliteness are being removed when recessive as well. This leaves a situation wherein these nations genetically bottleneck toward non-productivity, further exacerbating the colonial legacy of destruction. It is actually more effective to repair the damages of colonialism through reducing African immigration to the first world than it is to provide them with Western comforts, education, and a place in our countries.

For those expatriates already present in the United States, however, some form of resettlement effort, whether it be a stipend to return to their nations of birth (or parents’ birth for naturalized citizens), or simply a revocation of visas issued, is in order; the latter of which is well within the power of officers of the US Immigration and Customs Enforcement should the legislative path prove futile.

The places where black Africans tend to settle are the large metropolitan areas, mostly on the east coast. This means that ICE activity in these cities would be thinly spread to deal with both illegal immigrants and those here on visas; with no expansion of ICE, accomplishing both of these two tasks would be nigh impossible — the agency would never undertake such a project in its current state with the two million black Africans who reside here. Therefore, if no legislation finds its way to the congress floor, it becomes the sole responsibility of the President to expand and direct the agency accordingly.

The issue of the descendents of slaves, however, is not so straightforward. These people are blacks who have never seen Africa, and probably have ethnicity so polluted through plantation breeding practices that they do not have a ‘home country’ to speak of. Without delving too much into the history of blacks in the United States, for the uninformed, the first slaves were used on tobacco plantations in the Chesapeake bay colonies circa 1650; the owners of these farms had one or two slaves if any. The majority of slaves during this period were imported to the sugar haciendas of the Spanish and Portuguese to the south. It was not until the invention of the cotton gin that slavery practices kicked into overdrive in the south. This meant that the primary locale where blacks were imported into the United States was within the cotton-arable countryside of Georgia, Alabama, South Carolina, and Mississippi — though Virginia and Maryland remained densely enslaved as well.

After the effective emancipation of the slaves by 1866, and the ratification of the three Civil War amendments, many blacks began to migrate to northern cities, where manufacture was becoming a promising employment prospect: Detroit, New York, Chicago, Milwaukee, and Cleveland in particular. Because of this, the westward expansion of the United States remained primarily white. All of this, of course, is reflected in current census data when one maps ‘blacks per square mile’ in the United States.

The distribution and high concentration of blacks in many areas meant that the black community in these places was far more culturally unified, and by pigeonholing from whites in the southern states, these bonds were further strengthened; political movements had much more capital available simply through the sheer will of black societies. Within these communities, there were many groups which sought to come to terms with a new black identity: leftists and progressives commonly tried to find common ground with the promotion of the oppression narrative, while black conservatives often cucked to the bourgeois liberal narrative. But the strain of black ideology which was (and remains) most compatible with the Alt-Right is that of Pan-Africanism.

Modern Pan-Africanism is a product mostly of two different factors. Firstly, that southern Whites, seeing blacks as a threat to their control of power (and rightly so), unified all of the freed slaves, regardless of background, into the label of ‘black’, which effectively made impossible any cultural distinctions among themselves that the blacks tried to preserve. Secondly, the reign of Haile Selassie, coupled with Rastafarian religious beliefs about the man finding their way to the United States, there developed an afro-centric, ‘return to roots’ culture during the mid 20th century. While many in the movement, such as Bob Marley, called for a repatriation of the diaspora, more still only sought racial unity within their nations, as well as increased political activism. Of course, for us, support for repatriation is the best option, for any blacks, but Pan-African politics are better in the long term than liberalism and progressivism; only blacks gain power from Pan-Africanism, while every (((predatory capitalist))) and virtually all minorities gain from either of the other two.

Unfortunately, ethnic solidarity on the dark continent still remains a pipe dream, but regardless, the Pan-Africans remain right-minded in many of their objectives. While nation or state political power has been and will always be the focus of any political movement, the idea of a unifying African identity uniting all blacks is one that is beyond political. More importantly, this unity was not something that arose naturally, but it came from Whites defining blacks as the other, and blacks taking this categorization and doing something with it, creating something that embodied the spirit of their people — reflected in their conversion to Islam, adoption of traditional clothing and hairstyles, and a newfound appreciation for artifacts produced by their slave ancestors, from quilts to soap carvings.

The Alt-Right might find that it has a lot to gain in supporting black identity. Pan-Africanists fundamentally understand the importance of race (even though there are some arabs in the movement), and moreover fundamentally understand the importance of racial unity and solidarity in the face of diminishing or diminished power. Aside from supporting repatriation, many Pan-Africanists in the civil rights era were segregationists — the most influential of which was Malcolm X, later killed for his repudiation of racism and segregation by someone within the movement — and certainly undertones of segregation can be found in the fringes of many black activists to this day.

In 2017, we have become the diaspora. We have been pigeonholed by the established political power. We have lost the ability to differentiate ourselves between Anglo, French, Polish, and Irish. To them, we already are one people, and in order to defeat our opposition, we must behave as one people. The Pan-Africanists have given us more than a framework of legitimacy, but also a shining example to follow; religious reawakening, traditional attire, and artifacts of the diaspora are not only options for us, they are exponentially more abundant than for the Africans — we simply have better history and traditions to draw on. While we should support Pan-Africanists wherever possible, and especially African repatriation within the movement, we must simultaneously turn to them as guidance for the creation of a Pan-European identity.