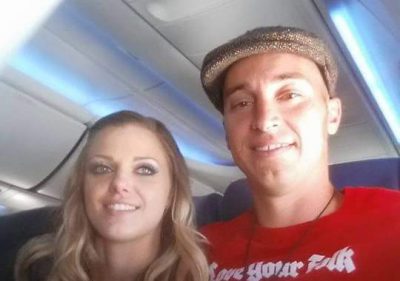 A Sacramento Spartan Needs Our Help

Will Planer fought for us against Antifa, now let's fight for him.

A couple weeks ago, Will Planer was arrested and detained for his participation in last year’s peaceful, planned, and permitted rally for free speech in Sacramento which was attacked by a small army of nearly 200 armed “anti-fascist” radicals. Will, who lives in Colorado with his family, is currently being held in El Paso County’s Detention Facility without legal counsel, without a legal plan, and without access to the resources he needs to put a plan in motion.

In 2016, in response to leftist radicals disrupting and attacking several conservative political events, the Traditionalist Worker Party scheduled a legal, permitted, peaceful rally on the steps of the Sacramento statehouse to confirm that we will not be intimidated by leftist threats. Yvette Felarca of BAMN and hundreds of other leftist “antifa” radicals threatened to attack and assault our event attendees. In the weeks leading up to the event, they openly and explicitly planned a violent criminal response to our free speech event both in their online platforms and in mainstream media interviews and press releases.

Will was one of the 18 Sacramento Spartans who braved the 20-to-1 odds, death threats, and explicit law enforcement stand-down order to take a stand. He took a stand with the conservative families who had been bludgeoned and bloodied only weeks prior for merely attempting Trump’s town halls. He took a stand against outright anarchy, and against an emergent extremism which threatens to replace civil discourse with mob violence.

I spoke with Planer while he was on his trip to California and we commented that given the publicity leading up to the event, there’s no way any actual fighting will take place. We assumed, wrongly, that the State of California would have a police presence commensurate with the estimated crowd sizes leading up to the event. That at least 200 antifa would be present was widely known, and there’s a well-established protocol for ensuring basic public safety. “Surely,” I joked, “The cops won’t just let an anarchist mob run around attacking random journalists and innocent bystanders right on the capitol steps.”

They did exactly that, and they did exactly that because California’s law enforcement have become criminally incompetent and politicized. They set Will and the rest of our men up for a public lynching, deliberately. Will and the rest of the men there could have easily been killed and likely would have been if they hadn’t fought back. As we know, it didn’t go down like that. Our disciplined and well-trained nationalists trained for months for every eventuality, including a peaceful event with prepared speeches. The worst case scenario presented itself, and our men were prepared. They won the fight and made it out alive.

In the entire history of the “self-defense” defense, there may not be a more clear-cut open-and-shut case of self-defense than what Will Planer is facing. He can and will win his case, but we need your help to get him the basic representation and support he needs to survive “the ride” and pay for his legal defense. Yvette Felarca went on camera before the event and announced that she and her mob intended to assault Will. In the midst of the brawl, as antifa radicals were beating up journalists and random pedestrians in the background, Yvette mugged for another camera, proudly announcing that she and her mob had assaulted our event attendees.

Why was Will arrested if it’s all so straightforward? Political pressure. The left losing the fight, Sacramento’s citizens reeling from hundreds of thousands worth of property damage, and several locals being attacked resulted in some much-deserved blowback on the local and state government for their maliciously irresponsible handling of the event. After an “investigation” which has dragged on for over a year, they’re finally arresting some of the antifa who instigated the violence, but they necessarily had to make arrests on the nationalist side in order to avoid appearing to side with the nationalists.

They know he’ll win his jury trial, …if he has competent legal counsel. They know this is all an incredibly cruel waste of time and taxpayer money to persecute a patently innocent family man. They don’t care. All they care about is blaming the victims of their own scandalous failure and refusal to do their job. With enough support, we can deliver Will the support he needs to return to his family. Whether you’re a nationalist, a conservative, or just about any American who values free speech and opposes leftist mob violence, we need you to stand with Will.

Please dig deep and give generously. We need to stand strong for a man who stood strong for us.

The Will Planer Defense Fund can be found here: https://rootbocks.com/projects/will-planer-defense-fund/