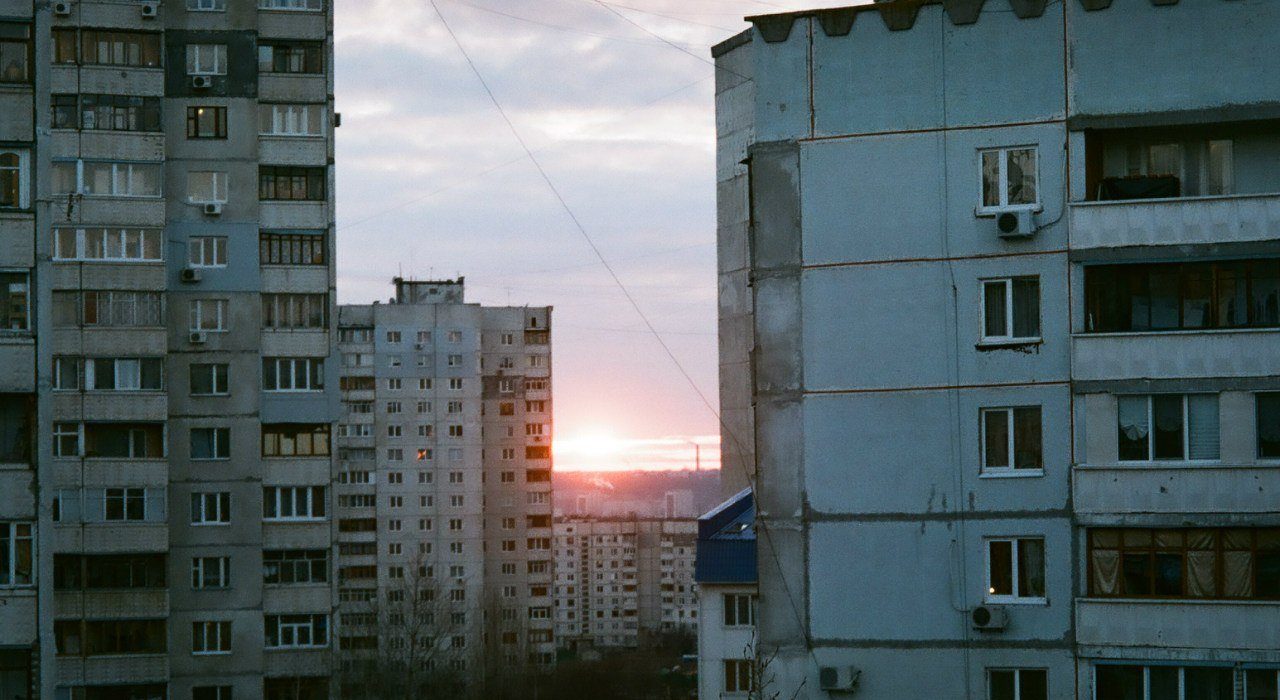 What Is Russia Turning Into?

This article is sure to trigger literally everybody.

I saw my first corpse a couple of days ago.

I was walking home from the metro to my new place. Just my luck, I decided to rent on the same street where there are about 7 migrant shops all clustered together.

The old Russian man that was lying on the asphalt was in the “paradnaya” arc right next to these migrants’ shops.

He had blood around his mouth that had dribbled into his beard. He lay on his back, sprawled out. A helpful civilian slapped him a bit to see if he would wake up. No cordon sanitaire in Russia. And no response. The police officer started rifling through his pockets, white latex gloves on, looking for clues. He pulled out a prescription bottle, unscrewed it and sniffed it.

Nope, that wasn’t it.

The day had started so well. I was in the metro and I saw a darky being harassed by the police. It was a sight for sore eyes. I had seen similar scenes when I had first arrived in St. Petersburg three years ago. And about two years ago there was a massive clean-up. Several of their massive markets were raided and permanently shut down. Like the Sennaya Square market next to where I lived then. Meanwhile, they were getting accosted left and right by 6-foot tall White policemen with batons and blue camo to be hauled away to the station. I told my friends in the states about it and I would talk about how great it was, the city was actually getting whiter, not darker and it was happening right before my eyes.

In fact, one day I was walking down the street when policemen started running straight at me and barked out an order to STOP. I froze and my heart skipped a beat, but they whooshed on by and grabbed a swarthy fellow right behind me and started demanding his papers. It was a glorious day. I imagined if Trump won that it would become a common sight all over the United States as well.

But then things got worse. I’ve certainly noticed it in the past year. There are more and more of them and I haven’t seen any of them getting in any trouble with the police. Today was different. The Uzbek (or whatever) in the metro. Then right outside the same metro stop, there was a migrant fruit stand next to a Shawarma stand that sold fresh southern produce out of a van that was surrounded today by the police as I walked by.

So far so good.

Then right across the street was the dead man. All of a sudden, the pieces fell into place. Of course, it may not have been them. Just like it may not have been an Uzbek that blew up the St. Petersburg metro. People were saying it might have been a Ukrainian terrorist. But I knew. And I think I know this time as well.

At the very least, I hope the police will be very harsh. I hope they won’t get bribed out of acting on this.

I found that I agree on almost all doctrinal points of the Alt-Right even with normal Peterburgians and Moscovites. Hell, even the Communists seemed pretty on point about the JQ, about international finance and the war against the White world. They just liked Stalin and thought Hitler was an Anglo shill. Which is an interesting argument to say the least. I met up with pro-Putin nationalists from the Rodina party as well. They knew about the Alt-Right and were good on all the points. They just couched their points in different-sounding words. “Globalists and bankers” for the usual suspects.

Once again, to review, they are:

I had even read some Liberal in the Moscow Times kvetching that Russia was a Fascist country that lacked a Fascist leader. He made the point that the people were more to the Right than Putin, who was more of a manager-leader and a classical liberal. The Sputnik i Pogrom people were some of the weakest on the JQ, which I found out after chatting with one of their writers. A lot of them are just racist liberals. But to be fair, Kirill Kaminets is pretty much 14/88.

All in all, the situation seemed good.

I gotta say, even Putin’s party seemed decent. They had a massive propaganda campaign promoting a healthy birth rate and offering government subsidies for large families. The posters had smiling blond, White families on them. There was no Dindus with White women or people in Hijabs in the propaganda effort. Functionally, Putin was promoting pro-White policies. And no, Russia’s rising birthrate isn’t due to Muslims. Just ask Anatoly Karlin.

In general, there are two types of Nationalists in Russia, those that support Putin and those that don’t. Both have fallen on hard times. It seems that after the spark of nationalism that was needed to retake Crimea, someone has decided to dial it all back. It was a heady time, but it seems to be coming to an end with the 2018 elections coming up. The regime is worried. Should they be? I don’t know. They will lose St. Petersburg and Moscow to the office plankton, but the provinces will back up Putin no matter what. To be fair, he has done a lot of good for them.

So what is the concern?

Probably the regime fears a Maidan scenario. Liberals protesting corruption for the cameras at the front, armed nationalist muscle in the back. So they are clamping down. Once again, I defer to Anatoly’s take on the situation.

The only half-way conceivable way in which the Putin government could be overthrown would be through an overarching alliance between liberals and nationalists, as in the Ukraine itself in 2014, or in Serbia in 2000.

So, what does this mean going forward?

While I long for the day where having White consciousness is not an imprisonable offense, I can’t help but feel that things are going to get a lot worse before they get better. No, Russia isn’t a White Nationalist paradise. It’s more like America in the 70’s. Things seem relatively normal here in terms of public consciousness. SJWism is non-existent. Being proud of your country, your religion and your race are just fine in most prole and even polite company.

But migrant crime is still a reality.

And other things are changing too. They are building new gated communities, filled with modern glass and steel monstrosities around the outskirts of St. Peterburg and Moscow for the new burgeoning upper middle-class. They stick out because of the fences surrounding them. No Soviet-era constructions had fences surrounding them. There was no getting away from the proles, you had to see them day in and day out. You had to eat with them at the stolovaya. Maybe you had to share a communalka with them if you lived in the city center.

It was a very democratic mindset, you have to admit. I would compare the USSR to Sparta in that sense and the United States to Athens. Hell, the USSR even forbid kitchens in the early days to make people eat together at the dining hall as a community, just as the Spartans did. And the comparisons don’t stop there. A funny thing happened when they eliminated the bourgeoisie, you immediately had an incredibly illiberal society. You got a deeply patriotic and war-like society. The military got the best of everything and money wasn’t as important as having a rank in society.

See, you could have a lot of money, but you still wouldn’t be able to buy that car you wanted. But the officer who just got promoted to colonel would get it for free. If you were a foreman or something similar, you got a nice apartment in the city. People took pride in having dirt under their fingernails at one point as it meant that they were proletariat, not merchants or shopkeepers.

People spent several months of every year in their country houses, raising vegetables, eating sunflower seeds and gossiping. When the 90’s rolled in, these dachas saved many Soviet citizens from starvation.

You rarely saw any brown people. Despite being multicultural, the USSR kept strict internal migration controls. Only a few watermelon salesmen from Azerbaijan would be found in the marketplace hawking their wares. And if you were from the major metropolises, your internal passport let you travel just about everywhere. Implicit White Privilege if ever there was such a thing.

(But I guess the USSR’s widget production was inefficient, so the whole project was obviously evil.)

And the proto-SWPLs of Soviet society HATED that aspect of life. They wanted to live and schmooze with people of their own sort, not have a mailman or a truck driver as their neighbor. God, how they wanted the USSR to fall so that they could join their peers in the West with their red convertibles and blue jeans. How these Soviet liberals agitated for its collapse. And now, with the fall of Communism, and the recovery from the 90’s in full-swing, they can finally start doing that. They can finally self-segregate like all their well-to-do peers in the West have already done. They’ll vote Liberal because that’s what they already do and that’s what the upper-middle class always does. Anything to spite the proles with their disgusting nationalistic impulses.

And that’s when Russia will really go to shit. When they finish building these gated communities that is. Then these people will be able to check out of Russian society for good and sink the damn boat for everyone else with their virtue-signaling. Just like they’re doing in the West.

Migrant crime won’t effect them there. And then they’ll have no need for Nationalism. A dead old Russian man in some paradnaya arc will never be enough to make them lift a finger. They have more important things to think about. Like that vacation to Italy, and those English classes for their budding Bobo-to-be son. Anything to prove that they’re Yuropeeeen and not like those disgusting Russian rubes that vote Putin or god-forbid vote Nationalist and give them all a bad name.