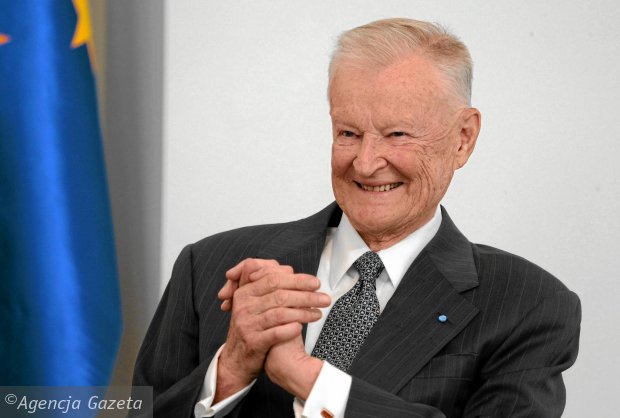 Russia Stands Poised On The Brink Of A Coup

All around Russia, the noose will start tightening very quickly in 2017.

The meeting of the presidents of Russia and the US in Hamburg has been sold to us by the press, particularly in the West, as one of the key events in the most recent history of bilateral relations between the two great powers.

Special thanks to Helge Sjöfarare for his collaboration on this analysis

In fact, the event was so hyped up that the entire G-20 meeting looked more like a backdrop (or a scene in a movie where the extras simply look on as the two protagonists finally meet face to face) than a political event of serious consequence. The Western press wanted us to believe that Trump would give in to Russia if he were left to his own devices. It was going to be nothing less than a royal treachery of American interests, a catastrophe that could only be prevented by true American heroes like Fiona Hill (Russia Adviser on National Security Council) or Trump’s wife (who apparently tried to butt in and interrupt the meeting.) Who could have prompted her to do that? Food for thought…

Either way, both the neo-liberal and neo-con camps were hysterical in their desperation to prevent President Trump from discussing anything meaningful, peaceful and constructive with President Putin. After the meeting took place, they were even more aghast to learn that the two had got along rather well and talked amicably for more than two hours, instead of the allotted thirty minutes. A naïve observer might have thought that indeed something big happened, some sort of a breakthrough. It might even appear that this was a victory for all peaceful political forces, and I would dare say all normal people, who were interested in the normalizing of Russia-US relations, right?

The meeting was a charade, or a smoke screen if you prefer this term better. It was allowed to happen for a reason: to obfuscate the real geopolitical machinations going on behind the scenes. Let me explain. It would not be news to you, dear reader if I said that the foreign policy of the United States is shaped by its long-term interests, the latter being formed by powerful interest groups and then formalized by various government agencies. While the president can influence the execution of the long-term strategy, it is hard to imagine that he alone can change it, particularly as a result of a nice chit-chat with a fellow president. In this respect, let’s recollect what the long-term strategy of the US is. A thorough reading of the President’s National Security Strategy statement (circa 2015) shows an unyielding desire to dominate the world: “We have an opportunity—and obligation—to lead the way in reinforcing, shaping, and where appropriate, creating the rules, norms, and institutions that are the foundation for peace, security, prosperity, and the protection of human rights in the 21st century.” If global domination is the unabashedly stated US foreign policy goal, then a confrontation with those countries who oppose it, particularly Russia, is the only logical consequence. It simply cannot be otherwise.

The election of Donald Trump as the President of the US was an unpleasant surprise for the globalist neocon elite, who was responsible for composing the above-mentioned strategy and who by the end of Obama’s term had become deeply entrenched in the Deep State. All the US government agencies and international organizations, and NATO were marching in lockstep to promote the neocon agenda for a  global, US-dominated world order. They are not going to change these plans because of Trump’s presidency or because of his desire to come to terms with President Putin. They staked way too much on their strategy to let Russia or Trump stop them. Given that, I would suggest that the globalists will do all they can, short of nuclear war, to remove any obstacles in their path. The biggest international obstacle for them is Russia, with its independent foreign policy, slowly recovering economic and military power and its deeply rooted traditional values.

In the very near future, all neocon resources will be thrown into action to weaken and destabilize Russia at a minimum or, if circumstance allows, to effect regime change in the Kremlin. I think all the pieces are set on the geopolitical chessboard and are ready to move. They are:

Again, there is really nothing new at work here. The “partners and colleagues” of Russia in the West, along with the “progressives” and the “real patriots” in Russia, are going to try the old, but thoroughly rehearsed strategy of 1917. Remember, Imperial Russia was broken by a combination of domestic disgust over an unpopular “imperialist” war and a foreign government-funded revolution by the Brits with Kerensky in February and the Germans with Lenin in October. So that’s the plan. The chessboard has been reset for 2017. The steps are as follows:

There you have it, the Deep State strategy for Russia in the upcoming year. Most importantly, the odds seem high that it might actually be attempted. Will it succeed? Maybe, maybe not. It seems that the Russians know what is afoot. But time will tell, and we won’t have to wait long to see if this theory plays out.