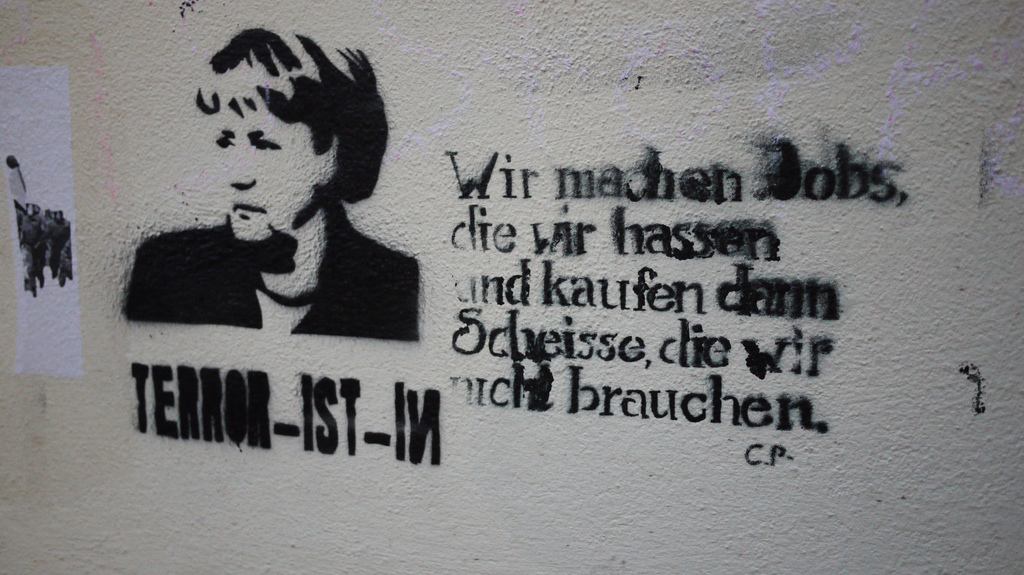 Are Germans Sick of Merkel Yet?

It seems she faces most of her resistance from the Left.

It’s fair to say that we in the Alt-Right have registered our chagrin, to put it mildly, in regards to the anarchists’ rampage at the G-20 in Hamburg, Germany.  But when you’ve lost even the left-wing European Press; well, you know Angela Merkel has gone too far.

Originally it seemed that Merkel held the summit at Hamburg because the city apparently has a predilection for left-wing violence.  She wanted to send a “message” to Trump.  It’s one of those ideas floating out there in the ether, Twitter, wherever.  Plausible, infuriatingly plausible.

But no, in fact, Merkel was trying to sell Hamburg as a city in which the Olympics might be held in 2024.  I’m not so sure she did the best salesmanship on that one.  Instead, what Merkel really advertised was liberal permissiveness gone amok—one of her specialties.

As for Merkel, she invites chaos into Germany in many regards, and then stands aside like a cow passively beholding the consequences. Wir Schaffen Das.  Famous last words, echoing over the rubble.

Though the Germans’ voting habits are inexplicable, they still have a sense of humor.  They know absurdity when they see it and call it out in their inimitably wry manner.  Yes, there is still life in them! Stefan Aust of Die Welt describes the scene of police confronting the leftist scum:

The sun was shining, and in the heat of the sit-in, policemen appeared, placing their H2O guns in gentle shower mode, and brought refreshment.

Perhaps water is not exactly the best “weapon” with which to fight the Black Bloc. Just a thought.  But would it be right to inflict violence upon those who had come “in order to rise up against the violent rulers of the world”?  After all, these protestors were there,

…for the good of the world, against coal and for love, for protecting the climate and against slaughtering animals, the destruction of gender barriers and the abolition of global capitalism […]

And why did all the rioters come anyway?

They were all invited by the Federal Chancellor, the good Angela Merkel. With a cheerful “We can do it” she had chosen the Hamburg mayor from the SPD to have the G-20 summit [..]

Yeah, that’s Merkel, blithely mouthing ridiculous slogans while her country literally burns.  The German people seem incredulous; and yet they continue to elect this woman.  Even press outlets which are ordinarily in lockstep behind Chancellor Merkel are starting to ask questions.  And when you’ve lost them, perhaps it’s time to reassess?  One hopes…