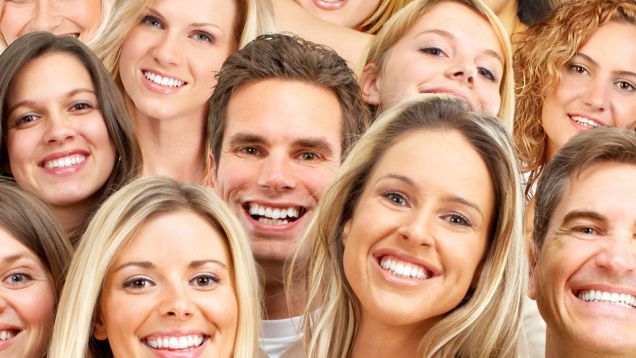 Retiring The Theory Of Pathological Altruism

Some Whites are getting kickbacks from White Genocide. Time to face the facts.

I’ll keep this short and sweet.

I don’t like the idea of “Pathological Altruism” as an explanation for what is occurring in the White world. The suicide can be explained in many ways, however the theory that White people are just too damn nice and that the further north you go, the more altruistic people are does not pass the sniff test.

Proponents of this theory say that White people are so naive about the nature of other peoples that they just welcome them into their country out of a misplaced sense of love to thy distant neighbor.

Exponents of this theory like to cite the Eskimos as an example. (No, not the Jews, but the actual Eskimos.) In theory, they’re super nice to one another because they have no enemies other than the harsh elements so far up north..

Does this example apply to White societies?

No, of course not.

Do some traveling in Europe and you will see exactly what I mean. When I was in Sweden I wasn’t offered hugs and easy women just because I was a visitor from the outside world. On the contrary, my buddy and I had a very hard time. People were very aloof and hard to talk to. Even our hosts were cold and distant.

Perhaps. But it seems to conform to national stereotypes that people have of the Swedes. And stereotypes do not come out of thin air. So maybe there is something else at work in Sweden?

But alright, no more picking on Sweden. Do you think the French are these open-mouthed, blond, defenseless golden retrievers that just can’t bring themselves to say no to the poor migrants out of the goodness of their hearts?

No, of course not. The French can be quite rude to foreigners and are famously standoffish and snobbish in Paris in particular. Most tourists have remarked on this before.

So are the French closed off or are they pathological altruists? What about the “hon hon, stupid amerikan!” stereotype? Where did it come from? Are all these tourists wrong about the French? Did they not see the bleeding heart underneath all of that snootiness? Doubtful. More likely than not, this theory doesn’t pass the sniff test.

Europe is not suffering from an overabundance of altruism, but a deficit in concern for their less well-off countrymen, for their own future generations, and for their racial brethren abroad.

Let me be clear about what is really happening. There are people that stand to benefit from the migrant wave. Let’s put aside the machinations of the Tribe for a moment and focus on the people within our own society that stand to gain. And please, no diatribes about the need to close ranks with our racial brethren. The concept of a self-serving traitor should not be foreign to you at this point, dear reader. Idealism is good in small doses, but the truth is that there are indeed White people that benefit from this system.

And you know that.

For every shifty eternal merchant, there are dozens of acquaintances that will ruin your life if you CrimeSpeak in their presence. “Oh, those poor dears,” some say. “They’ve been brainwashed by (((Hollywood)))” or “they’re pathological altruists.” I should point out that whole PA idea just turns a weakness into a seeming virtue. Similar to what a sore loser might say after the game to make himself feel better.

I only lost because I played by the rules, therefore I’m better than my opponent.

Regardless, we have already published several articles with egregious examples of traitors benefiting from mass immigration. Like the aging Swedish cat-ladies who were banging their wards AND receiving money from the state for their benevolence.

Why did no one comment on the phenomenon before? Did people not know? No, the theory was out there, floating on the anonymous imageboards for awhile. People would mention it from time to time. I believe that many just didn’t want to listen. It seemed too gross to be true. It didn’t jibe well with the Narrative that our side was pushing. That our people were all good if a bit too naive.

Propaganda from our side is all well and good, but not when it covers up important, but unpleasant truths. Besides, the truth is a far more potent propaganda weapon anyway.

What about the people that think that the Third Worlders will pay for their pensions? Self-serving or just too damn nice?

And the White Elite that lives sheltered away from the impending Third World flood?

Oh, that reminds me. Another place to go visit is Ecuador or Peru or any similar countries in South America. See how the White Conquistador elite lives there. I’ll save you the trip right now: gated communities with armed guards. And within the community, everyone is a liberal. How could it be any other way? Gotta make sure you fit in with the values of the Globo-Homo-Elite! You see the same phenomenon with well-to-do gated communities in South Africa. Everyone holed up in there is a liberal there too.

Our Elite is getting ready to do the same thing here. You can see them already preparing for it. And let’s be real, there won’t be any room on that Ark for you and me. These Whites aren’t getting White-Genocided anytime soon. In fact, they stand to gain from becoming more like their already self-segregated South American elite counterparts.

There are others, plenty of other Whites that are benefiting and they’re not going to get a pass from us on the Alt-Right. We’re going to shame them, as they deserve to be shamed. And it’s about telling harsh truths, not about deflecting blame.

In all honesty, it seems to me that the only players in this whole sordid affair that are suffering from Pathological Altruism are the White Nationalists who can think no bad thought about their own. Let’s not be naive here. Let’s not fall for our own propaganda.