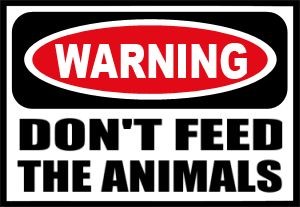 If Whites would just stop tipping, the corporate anti-White system would grind to a halt.

In terms of the history of the world, giving a gratuity (tipping) has a long-storied past. It has been a way for the bourgeoisie and royalty to give a little extra money to lower-classes and proles, while publically displaying their wealth and generous nature. It also ensures that the proles and servants, who are hoping for some extra cash, work that much harder to impress the rich money master. 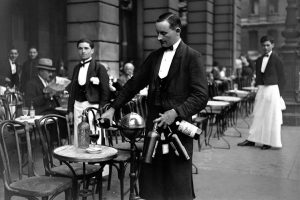 In the United States, tipping has become a strongly encouraged social custom. Tipping is so ingrained in our culture that if one does not tip then others will judge them harshly or look upon them with disdain. It’s not only tipping, itself, that is expected, but said tip must be a minimum dollar amount or percentage of a bill to be considered good enough. This largesse allows the person doing the tipping to be deemed appropriately decent by their fellow Americans. We are all big winners after all and have to prove it with our generosity.

The corporatocracy loves the custom and social pressures associated with tipping because it means that they do not have to pay their employees very well, sometimes as little as $2.13/hr, and expect the customer to make up the difference to meet the United States Department of Labor’s minimum wage rates. This practice is shady as can be and really reeks of something akin to prostitution. The employee, hoping for a few extra shekels, quite often is sexually harassed, denigrated, insulted, and runs around like a chicken with its head cut off, while the business reaps most of the reward. It is a tradition that must absolutely die due to its exploitative nature, and because it echoes of the malevolent avarice associated with parasitic International Jewry that advances economic systems like Capitalism and Libertarianism to deracinate, atomize, and dehumanize the host nation’s population.

I know that many people in our movement must do this type of work because we are often shut out of many of the professional jobs our Boomer parents take for granted thanks to Affirmative Action and anti-White racism. Even those White people that went to elite schools and graduated with STEM degrees, the kind that everyone fantisizes about, could very well be serving you drinks at your local pub. Do not assume that the guy or gal getting you that beer is a degenerate who did not work hard enough in school.

Unfortunately for Whites, they are even being replaced in these kinds of jobs as well. First, it started with the kitchen staff of every restaurant in America, along with every other manual labor job, that almost instantly became non-White overnight. Now, the people interfacing with mostly the Boomer clientele (let’s be honest, they have most of the money) was almost completely White not long ago but are now starting to embody that Vibrant Diversity that Boomers cherish so much at our expense.

This slow death by a thousand cuts that has been levied against Whites really gets me angry, so I have begun to formulate ways to help our people’s plight. One way is to become much more subversive and start bucking the system every chance that we can. We, Whites, are particularly predictable and dependable for this corporatocracy that obviously despises us. We have been good little worker bees for far too long, and now we have to start drawing a line in the sand. Some would say that the paymasters would just counter by automating everything and leave us starving in the cold. My answer to that is if they could have, they would have. They do not have any special loyalty to us.

Moreover, one such subversive tactic that I really think is overtly clever, and I personally advocate, is to stop tipping non-Whites, or the Coalition of the Ascendant as the Democrats call them. It is a form of boycotting and consumer activism, which I cannot encourage enough.  The concept is a pragmatic and shrewd method of sending a clear message that we will no longer play the White Genocide game and will not assist our enemies in replacing our people nor aid in our demise. Plus, we will be not cucking to the non-Whites and their expectations of Whitey’s gibs, while simultaneously letting the corporatocracy know that there will finally be consequences for their actions.

That led me down the rabbit hole to this:

It is astonishing how rude non-Whites, especially Black people, are allowed and encouraged to be to us in general but especially in the service industry. They feel empowered to treat us badly, and there is little reprisal when they do. “The customer is always right” as any good Boomer would say. Of course, the Boomers are on board with the non-Whites punishing us for the White man’s sins of 400 years of slavery, systemic racism, and White privilege because they are mostly insulated from that type of Cultural Enrichment and Vibrant Diversity except of course when they seek it out or are being served in some capacity.

It must be nice to have all that money.

“Whites think themselves Gods on earth and respond to service on their behalf with a sense of regal entitlement.

This almost compels them to demonstrate their grandiosity by lavishing a few lowly dollars on the poor soul that waits on them hand and foot.

Black people, on the other hand, seem to believe that if anybody’s working to serve them, there’s something wrong with the person doing the service.

This arouses our contempt.”

Therefore, I highly encourage everyone to stop tipping non-Whites. You aren’t doing them or us any favors. On a macro level, this only helps management replace White workers, gives them more gibs, and reinforces their malice towards us. Most of them are taking complete advantage of the system anyway. The unwed mother (at least on paper here in the U.S.A.) lives with her children’s father or boyfriend in free public housing (thanks to her being a “single mother”), and they both work as servers, bartenders, or valets with much of their cash off the books. Because they are struggling to make ends meet, according to the U.S. government, they also receive a few hundred extra dollars every month on an EBT card, which is provided at the expense of the hard-working White tax payer’s money that they can then use at restaurants, strip clubs, and Starbucks.

But I suppose they deserve those gibs for having to tolerate so much White racism.

The receipt says we don't tip white people and these are people's responses … that's just wild to me pic.twitter.com/iWnSdr60XS

In the land of opportunity, the only way to get even is to hit them in their wallets.