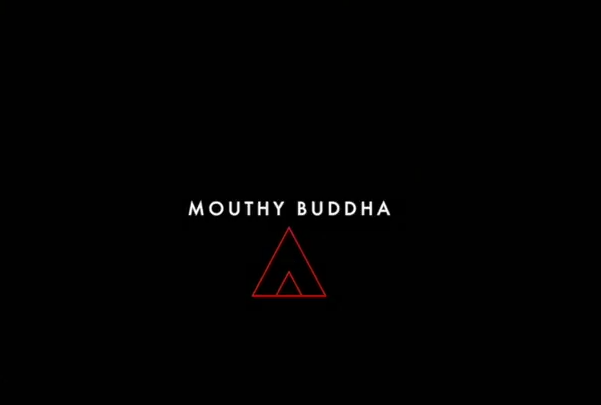 The Problem With The Alt-Right… According To The ‘Skeptics’ Community

There are a lot of pseudo-intellectuals out there counter-signaling the Alt-Right. This is a good thing. It means people are talking about us. Now we need to put them into their place.

The die is cast and with Mouthy Buddha’s new video, “The Problem With The Alt Right”, the ‘Skeptic’ community’s first shot across our bow has been fired.

This has been a long time in coming, and we’re finally here. As the era of the SJW comes to an end, it is only natural that the internet’s favorite pseudo-intellectuals turn their guns towards us. As race realists, pro-white activists, representatives of the Alt-Right, it is imperative that we recognize the nature of this new opponent. Through this process, we must come to understand not only how to defeat this opponent, but also to self-reflect and recognize the areas in which we require revision and improvement.

That being said, let us deconstruct this video.

Mouthy Buddha has decided to engage the Alt-Right on a basis of common values. Rather than combatting our cornerstone issues such as race realism and the Jewish question, Mouthy has chosen to take these issues for granted and combat our ideas on a much deeper level. In other words, he has allowed us to set the ground rules and still believes he can beat us at our own game. I admire his confidence…

Mouthy chose to take aim from two political vantage points, from which he brings forth criticism against the Alt-Right.

Firstly, Mouthy contends that the Alt-Right is doomed to failure from an ethical standpoint. In an eerie shortfilm featuring himself and his Alt-Right friend, Mouthy creates a fantasy world in which the Alt-Right wins. All blacks are deported to Florida where they are doomed to drown due to rising sea levels, and Mouthy realizes as a mixed race person, they will do to him “what they do to the Jews”. As the scene darkens, German foot soldiers can be heard outside, and harrowing footage of Holocaust victims hazily flashes across the screen. Essentially, the classic “muh Holocaust” kvetching, masked behind a façade of rationality.

Through this scene, Mouthy evokes an image of horror, and makes it quite clear that he believes the forcible removal of non-whites from white countries is “unethical”. On virtue of this assumption, he contends that the Alt-Right will never gain traction as a movement because, in current year, the idea of mass deportation or even genocide is far too extreme.

Which begs the question, is Mouthy coming from a position of logic and rationality? Well, yes and no.

“I would even go far as to say that having a political representative be able to stand up in front of America and say that races are different and that voluntary eugenics programs will be available to those who find themselves of lower intelligence and wish to receive financial incentives would be useful. Which is to say that, to have a politician tell the truth like this, stigma free, would be a net positive for the entire world…but I also want to have sex with Kate Beckinsale.”

This statement, in combination with his concern about being executed because he was mixed-race, shows that Mouthy is operating on an instinct almost identical to the one that forms of the basis of the Alt-Right, one of self-preservation. Mouthy realizes that should America ever become a white ethnostate, he would likely not be welcome here, and if the more radical elements of the Alt-Right had their way, he would probably be booted. That is not to say that this is not a very real concern for someone in his position; however, Mouthy disingenuously presents the idea of mass physical removal of other races as one that is objectively, “deeply unethical”, and one that will never be accepted in America.

Thus, as someone who prides himself in dealing with matters logically and rationally, Mouthy ironically makes this appeal to emotion rather early on.

It is universally accepted that in a purely rational world, ethics are nothing more than an expression of human emotion. Appealing to them holds as much weight as appealing to your religion’s god (i.e. Appeal To Authority Fallacy). Ethics are highly subjective and as such cannot be used as an argument; they are only as valid or invalid as the person enforcing or violating them. In the real world of cold-hard logic, might is the ultimate right, the decider of what shall be, and what shall not be.

Whether or not you condone mass deportations, it is worth mentioning that with man-made ethics/morality out of the picture, deportations are a very rational and acceptable response to certain situations. I think it’s safe to say that if you tasked an AI computer (a creation completely devoid of emotion and solely logic-based) with saving the white race, it would undoubtedly consider deportations or other…”unsavory” options.

The point being, ethics are subjective, and if we are operating solely on the basis of fact and logic, there is nothing intrinsically ‘wrong’ with mass deportation.  If Mouthy were actually interested in being completely rational and didn’t have a sense of self-concern at play here, he would acknowledge this obvious fact. I always found it funny that skeptics and Reddit atheists are the first people to defend moral relativism when debating against various religions, but the moment something more extreme is thrown on the table (i.e. mass deportation or genocide) they immediately start appealing to “muh morals” and “muh ethics”. “That is wrong” or “That is immoral” or “That is unethical” is simply, as Stefan Molyneux would put it, NOT AN ARGUMENT.

And as for his assumption that America would never accept such a notion, well…I think history has proven time and time again that publicly-sanctioned mass removal are a very real phenomenon. If you think America is somehow different from the rest of the world, you are sorely mistaken. Human nature will always remain the same; as times worsen, people will turn to more and more “unethical” means of self-preservation.

Which brings us to the second accusation Mouthy Buddha levies against the Alt-Right: that it’s supporters are inspired by emotional rhetorical rather than logic and rationality. Dissuaded by our constant use of buzzwords (i.e. cuck) and racial slurs, Mouthy perceives the Alt-Right as operating a similar political scheme to that of the SJWs, one of emotional vilification rather than strict adherence to logic. While he is not entirely wrong, the fact that Mouthy points this out demonstrates how profoundly he lacks any understanding of human nature, or how it is influenced and manipulated by emotions.

In order for any political movement to be successful, some amount of emotional manipulation is necessary; pure intellectualism will never be enough to inspire the vast majority of people, who by nature, are not particularly intellectual. This has been common knowledge to every great leader throughout history, from Napoleon to Hitler. Even Trump realized this, and his campaign won bigly not only because of its adherence to rationality, but also because of Trump’s effective rhetoric and emotional manipulation. Successfully stirring up the anger, joy, love, and hatred of the masses is an essential ingredient to success as a political movement.

And this is something most of the Skeptic community, Mouthy Buddha included, fails to comprehend. It is logical and rational to use emotional rhetoric to achieve success as a political movement, even if said rhetoric isn’t entirely factual. While it is true that A.I. adheres strictly to logic, human beings do not; we are emotional creatures, and as such we need to be appealed to on an emotional level. When someone from the Alt-Right calls his opponent a “cuck” or a “shill” or “anti-white” he is evoking feelings of justification both in himself and his comrades, and feelings of anger and shame in his enemies. Such rhetoric has the net effect of combating the political opposition in a way that cold, refined intellectualism is incapable of doing. In the ideal world, political movements would not have to resort to such rhetoric; but we don’t live in the ideal world, and people are not inherently rational. That is not to say that emotional rhetoric need not be based in fact; on the contrary, the most effective rhetoric is that which forms its basis on facts, as the Alt-Right does.

This is the reality that ‘Skeptics’ and ‘Centrists’ never seem to understand; that charged, emotional rhetoric is key to largescale success as a political movement. That is why, up until recent times, the Left have been so successful at winning the culture war; they’ve mastered the art of emotional manipulation. What you refer to as “horseshoe theory” is simply the realization of those in the Alt-Right that we should learn from the Left and the tactics they use. The difference is, we also have facts and truth on our side, and unlike the Left, we are going to win; the Alt-Right will be the vehicle by which we secure the existence of our people and a future for White children.

I look forward to future videos from the ‘Skeptic’ community regarding the Alt-Right, and I would like to encourage those in the Alt-Right to prepare to defend our ideals against their oncoming assault. While emotional rhetoric is effective, I think you will find with these types, facts and logic are much more effective; luckily, those are on our side.

Tl;DR Mouthy Buddha made a rather professional video kvetching about the Alt-Right because he’s afraid of being gassed and is also mad you guys are calling him a cuck (keep it up). Prepare yourselves for more pseudo-intellectual critiques of the Alt-Right coming from the ‘Skeptic’ community in the near future.