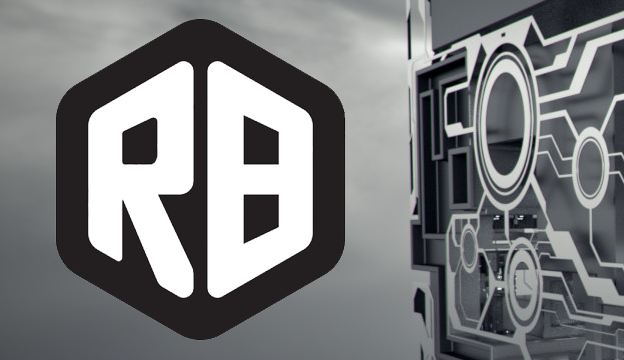 The Alt-Right now has its own crowdfunding platform ready to go.

2016 was the year that the Alt-Right exploded onto the stage in mainstream politics. Since then our ideas have been steadily gaining momentum and the entirety of the political spectrum has taken notice. As our movement has grown and transferred over more into real-world activism, the need for funding has never been greater, and so we naturally turned to the far-reaching power of online crowd funding sites for assistance.

However, over the past several months our detractors have made it increasingly difficult for anyone on the right side of the political spectrum to successfully use a crowdfunding service.

The left has been relentless in harassing crowdfunding sites into closing down the accounts of anyone whose socio-political beliefs don’t mesh with their own. To compound the problem, these sites use biased interpretations of their own terms of service agreements to justify these shutdowns, kowtowing to the Left and prohibiting the Alt-Right from using their services.

Fortunately for the Alt-Right, and free speech supporters everywhere, the tables have turned with the release of the latest crowdfunding site to hit the web.

RootBocks.com was officially released last week as a pro-first amendment, anti-censorship, crowdfunding platform and has already made waves within the Alt-Right community after receiving endorsements from Identity Evropa leader Nathan Damigo, and Jazzhands McFeels of Fash the Nation fame and also a mention from Richard Spencer. 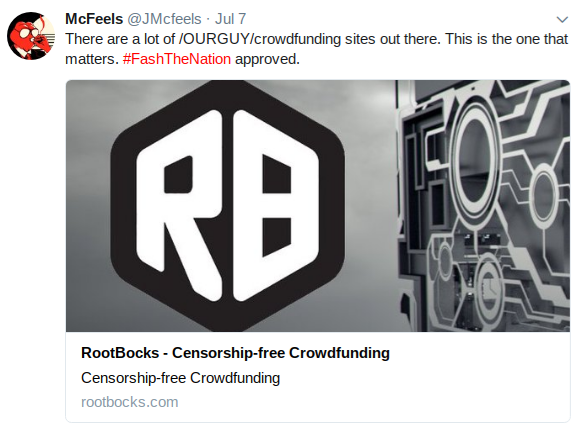 Finally, we have a site that is explicit about its intention to remain true to the First Amendment and not buckle under the pressure of agitators from anywhere on the political spectrum.

RootBocks is an open crowdfunding platform dedicated to the principles of liberty and freedom of speech. We believe that all people have the right to support and promote causes that are important to them without worrying about censorship from anyone.

This is exactly what we needed.

While the site bills itself as Censorship-free Crowdfunding, there are some common sense rules in place to keep the site family friendly and its users safe. Their Community Guidelines are simple and straightforward enough, but the main points can be summed up as:

The site then follows these points up:

We offer our users a crowdfunding experience free from political or social censorship. This means that we will not shut down a project simply because it is unpopular, controversial, politically incorrect, or because we receive complaints about the person and/or group that created it. As long as your crowdfunding project falls within our guidelines, United States law, International Law, and/or the laws governing the nation you reside in, we will not remove it.

So what does this mean for the Alt-Right? It means that we finally have a funding resource that does not interpret advocating for our own interests as “hate” and won’t shut us down for being “edgy” or “extreme.” It means that we can feel secure in knowing that we can successfully raise funds for personal and organizational endeavors without fear of getting shut down by leftist agitators.

In short, RootBocks has leveled the playing field and the Alt-Right must take advantage.

Apart from its complete support of people exercising their first amendment rights, RootBocks offers many of the same features as most crowdfunding sites out there. At the moment, the available payment options are PayPal, Bitcoin, and credit card payments through Stripe. I won’t go over all of the features here, but a few of the more noteworthy ones are:

Every user who signs up for an account is automatically provided with a Donate button in the Creator Profile section of their dashboard. This means that users do not even have to create a fundraising project to start collecting donations. When Donors click the Donate button, they are presented with the option to make a one-time donation, or a weekly, monthly, or annual donation.

When a backer chooses to donate to a project, they are presented with a payment options window. Inside this window, there is a checkbox that allows the user to donate anonymously if they wish.

Much like Patreon or KickStarter, RootBocks allows project creators to set multiple different donation levels for their backers along with whether the donation should be one-time or recurring. The major difference between RootBocks and some other level-based crowdfunding sites is that RootBocks does not require that a project meet its goal before the project creator gets funded.

RootBocks also only charges a 5% fundraiser fee. The low fee combined with their full on support for free speech, no matter one’s political proclivities may be, makes RootBocks the go-to site for the Alt-Right and anyone else who has suffered leftist censorship for their ideas.