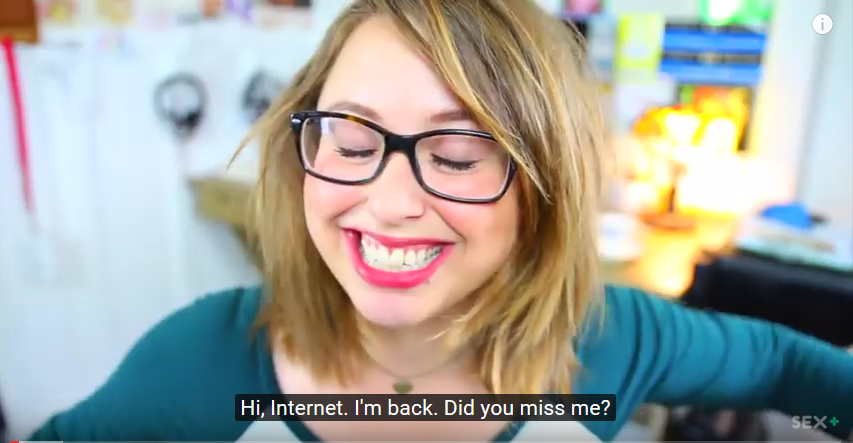 The Curious Case of Laci Green

Laci Green, the e-celeb and SJW poster-child of Youtube Marxism claims to be red-pilled. Why are there so many betas that believe her?

A little over a month ago, Laci posted a video entitled, “Taking the Redpill?” In the video, Laci muses about how she has come to see the hypocrisy of the far-left, and in doing so, has become more open to discussion and debate with her opponents. This newfound attitude was apparently the result of her romantic relationship with Chris Ray Gun, a Youtuber well-known for his anti-SJW videos, most notably his parody work, “Ain’t No Rest for the Triggered”.

Following the release of her video, the internet was ablaze with talk of Laci’s “awakening”, with many members of the Skeptic/Centrist community ecstatic over her apparent conversation. A recent picture of Sargon (who is almost as fat as Laci) embracing Laci at Vidcon 2017 perfectly epitomizes the internet’s overall attitude towards Laci Green following her announcement, one of complete forgiveness.

One must wonder though, has Laci Green truly opened her heart to the red pill?

Not necessarily. In proper cryptic fashion, Laci queries at the ends her redpill video by saying, “…and as for that redpill, well…” *cuts to black* almost as if to reveal her true intentions in the subtlest of ways. There are multiple factors at play here which suggest Laci’s recent actions may stem from far more devious intentions. Allow me to explain.

Since her inception on Youtube, Laci Green has enjoyed a successful career as a Marxist shill, instructing her apt viewers in the wonders of sex-ed, feminism, and social justice. 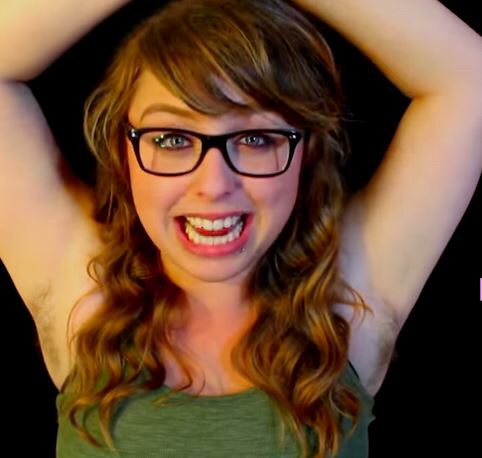 However, with the steady decline of Marxist influence and the massive reactionary backlash against the Social Justice movement, Laci’s popularity stagnated and began to dwindle. A look at her recent subscriber count shows a steady decline in users over the past few months.

Enter her “Taking the Redpill?” video…

Here are her stats:

Immediately after making this video, her views shoot up, her subscriber count shoots up, her ad revenue shoots up…that’s a fat bag of ad shekels right there…

I think you can see the direction I’m going with this. It seems rather obvious that whether or not Laci Green is actually sincere about her newfound political openness, this sudden change of heart comes at a most opportune time to save her failing career as a Youtuber. It’s almost as if the gain far outweighed the cost of agreeing to debate a few left-leaning centrists about feminism.

Since then, Laci has enjoyed continued growth and success. Her viewership and subscriber count has completely skyrocketed. Her last two videos, “Caught between two extremes. [Red Pill 2]” and “How Many Freakin Genders” both feature a centrist take on gender and the genetic realities, rife with middle ground fallacies and pseudo-intellectualism. The latter even made it to Youtube’s trending list, which features videos that have been specially selected for viewership by Youtube’s staff, based of course on popularity, and of course which videos are acceptable to their political agenda. 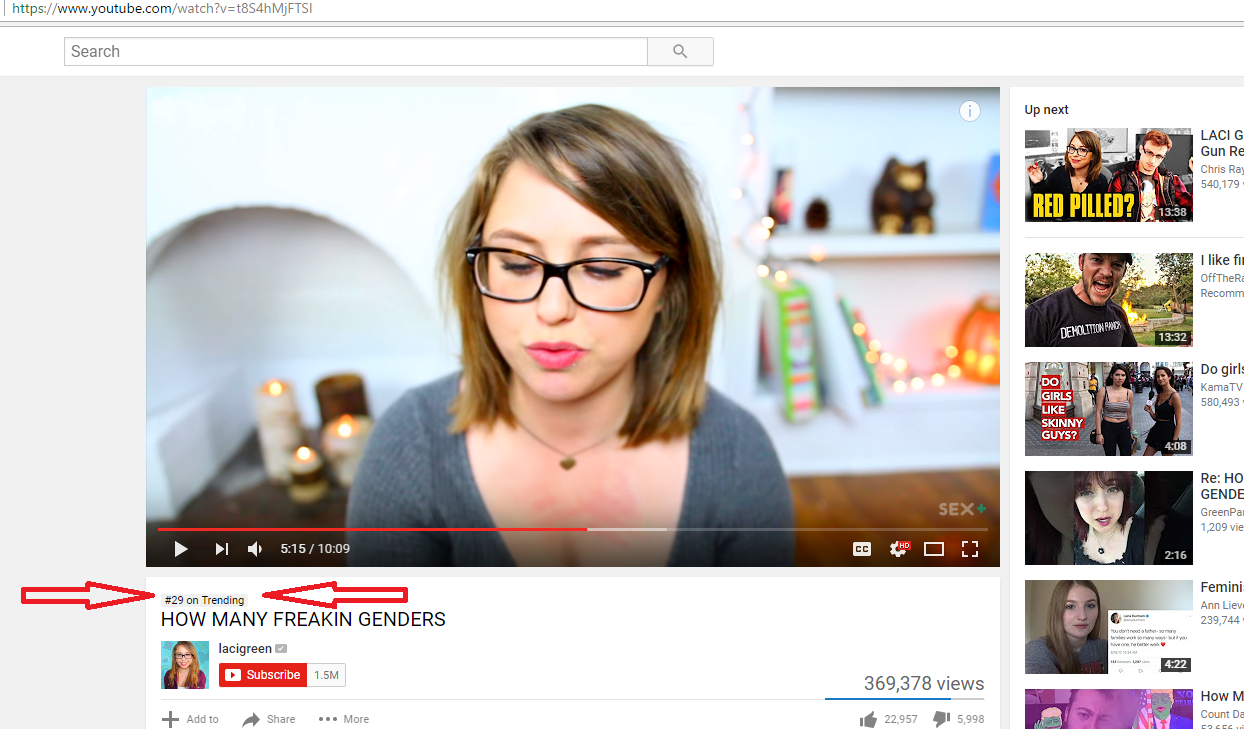 So, Laci Green, daughter of the Tribe, is back in action thanks to the millions of Centrist, Skeptic, Alt-Light, and Kekistani cucks who are desperate to believe that a rabid Marxist’s claim of redemption is something other than a potential scheme to be relevant again. Also they’re all thirsty manginas with no real beliefs, which makes it easier for them to change their minds on a dime.

But only time will tell the truth, I suppose.

If Laci Green is indeed a reformed individual, and indeed interested in exploring the truth, I cordially invite her to do a video covering White Genocide and the JQ. This goes out to the “Skeptic” community as well. After all, if you are truly open minded, no topic should be off-limits.