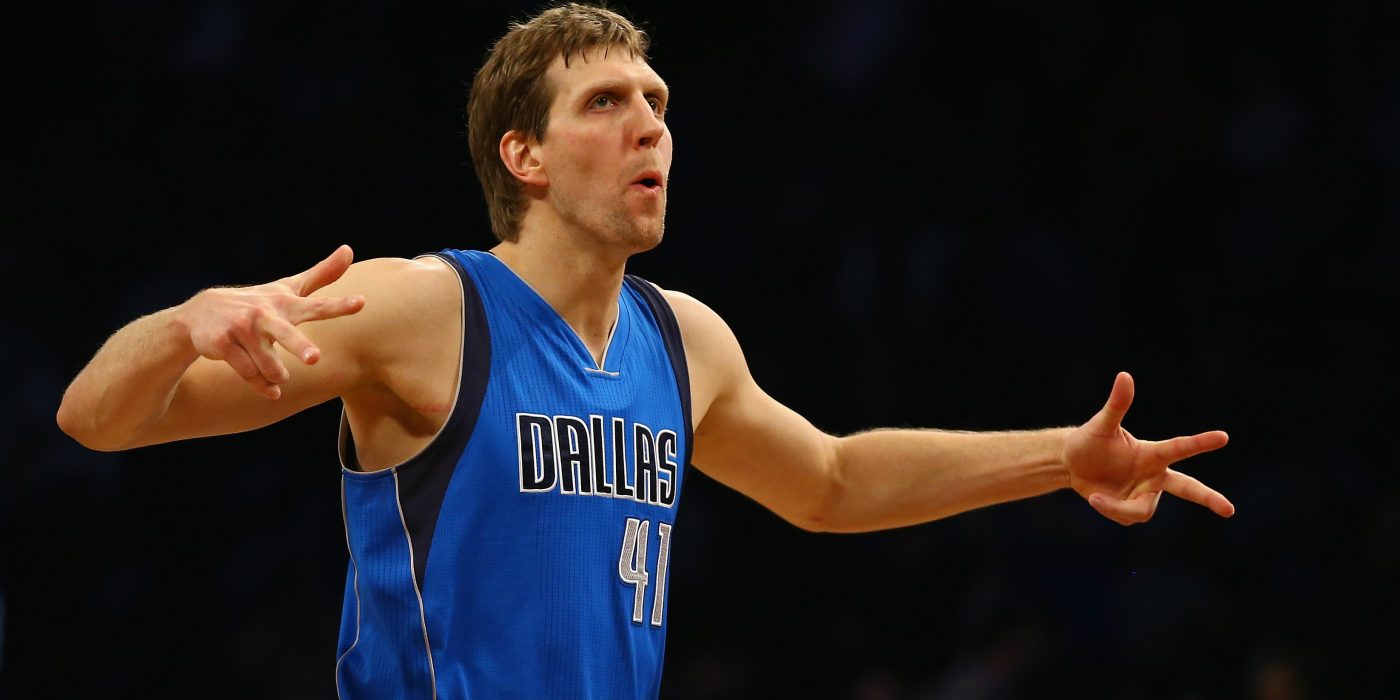 NBA Über Cuck Dick Nowitzki Gets Screwed Out Of Millions

Basketball legend Dirk Nowitzki cucked out so hard that it raises the question whether some Whites are really infected with an altruism virus.

Dirk Nowitzki is a true NBA legend. He is one of the very few White modern NBA stars in today’s professional game and is one of professional basketball’s all-time top players. Dirk is a true 7-footer that plays like a shooting guard. Normally a man of his stature would be a center, but because of his offensive talent and ball handling abilities, Dirk plays basically any position on the basketball team that he wants. 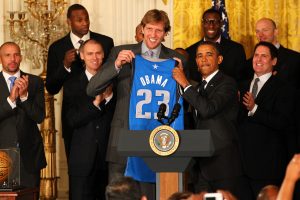 Nowitzki is originally from Germany and not many experts predicted him to be a great NBA basketball player because he was so skinny and lacked muscle mass. The physical nature of the NBA can be very grueling and demanding over the course of 82+ games every year, so it is important to be strong enough to take constant punishment. However, he proved everyone wrong by becoming one of the most amazing players to ever lace up a pair of high tops.

Dirk is a legit superstar in his sport and is a shoo-in for the Hall of Fame. His basketball credentials are astonishing, but my problem with him lies in the fact that he is more cucked than almost any White major sports figure in recent memory.

Dirk Nowitzki has once again given the Dallas Mavericks a big discount, agreeing to a two-year, $10 million contract. The deal came after the team declined their $25 million option for the upcoming season, a move made after they consulted with Nowitzki, according to Tim MacMahon of ESPN, suggesting he was on board with the much lower salary.

As many have noted, this is the third time Nowitzki has given the Mavs a considerable discount on a contract. But in reality, his discounts actually started before that. In 2006, Nowitzki still had two years remaining on his original rookie extension when he agreed to another extension worth $59 million over three years. If he had not taken that deal, he would have been eligible in 2008 for a six-year, $158 million max contract as a 10-year veteran, which would have come before the NBA started to curb salaries in 2011.

If we assume Nowitzki would not have opted out of the max deal early, his next contract would have come in 2014 and he would have been eligible for a five-year, $239 million max contract through the 2018-19 season. Instead, Nowitzki signed a three-year, $25 million contract in 2014, a one-year $25 million deal in 2016, and the latest contract that runs through 2018-19.

Those two max contracts would have pushed Nowitzki’s career earnings to $446 million by the end of the 2018-19 season, $194 million more than his actual career earnings ($252 million). 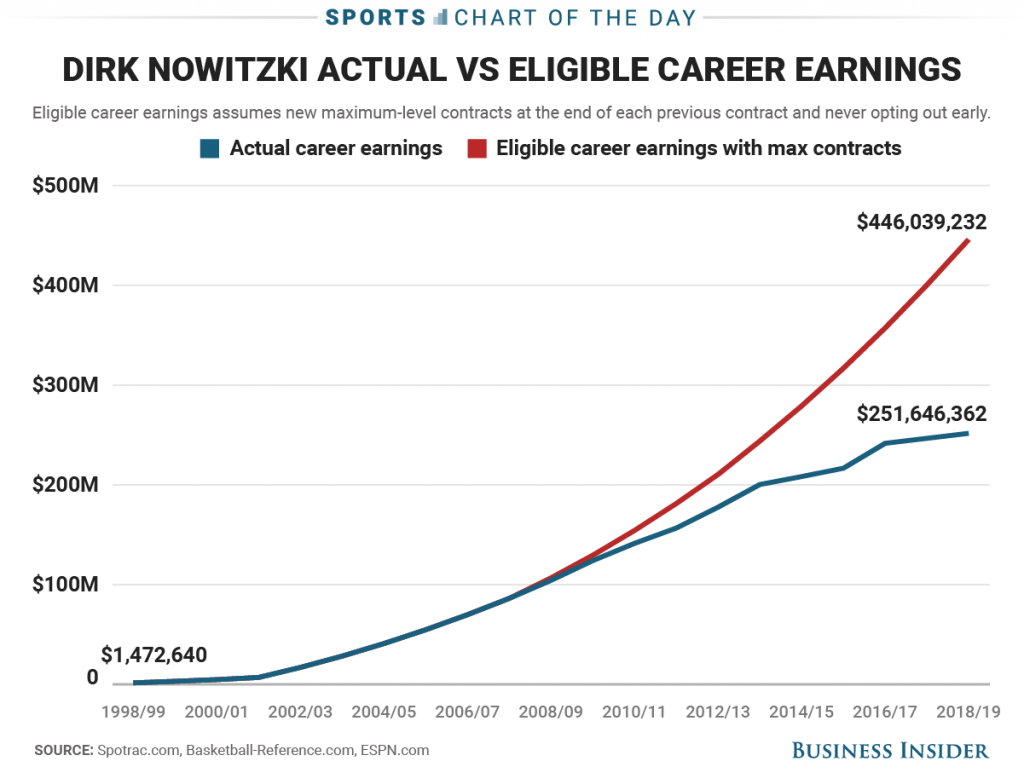 Many players of Nowitzki’s caliber will take pay cuts if they have a chance to bring other good players on to the team when legitimate championship title aspirations are possible. For some crazy reason, Nowitzki gave his basketball team, the Dallas Mavericks, and owner, Mark Cuban, almost $200,000,000 in discounts in many years where his team had zero chance of winning a title.

Pathological altruism is sincere attempts to help others that instead harms others or oneself and where this harm could have been reasonably anticipated. It is often caused by cognitive and/or emotional biases that blind people to the potentially harmful consequences of their actions.

“Altruistic intentions must be run through the sieve of rational analysis; all too often, the best long-term action to help others, at both personal and public scales, is not immediately or intuitively obvious, not what temporarily makes us feel good, and not what is being promoted by other individuals, with their own potentially self-serving interests. Indeed, truly altruistic actions may sometimes appear cruel or harmful, the equivalent of saying “no” to the student who demands a higher grade or to the addict who needs another hit. However, the social consequences of appearing cruel in a culture that places high value on kindness, empathy, and altruism can lead us to misplaced “helpful” behavior and result in self-deception regarding the consequences of our actions.”[1]

In some cases some people gain some benefit from the altruism but other people and/or the altruist are harmed in ways that could be reasonably predicted but are not due to such biases. These altruistic biases may be deliberately exploited by some people in order to gain benefits at the expense of other people.

Feelings of self-righteousness and sanctimony have been described as for some people being an intensely pleasurable addiction which contributes to blind pathological altruism and rejection of logical arguments.

The most black-pilling news is that the owner of the Mavericks is a one of the (((chosen people))) and an avid Trump hater:

Mark Cuban, who is worth approximately $3.4 billion dollars, did not leave any extra money on the table for this naïve schmuck that added an exorbitant amount of money to Cuban’s already ridiculous fortune. He really took advantage of Dirk’s loyalty. Sadly, Cuban made it look way too obvious, and his cold black heart is really apparent at this point.

Somebody needs to call the cops because Nowitzki got robbed!

Too bad being a cuck isn’t a paying job because Dirk would be as rich as Cuban if so.

But you cannot out Jew a Jew, right?

Even the most White-hating Blacks are standing up for Nowitzki because he is so pathetic:

I can't think of one good reason why Dirk Nowitzki should take a two year $10 million contract.

Here is a picture of Dirk with his wife on their wedding day: 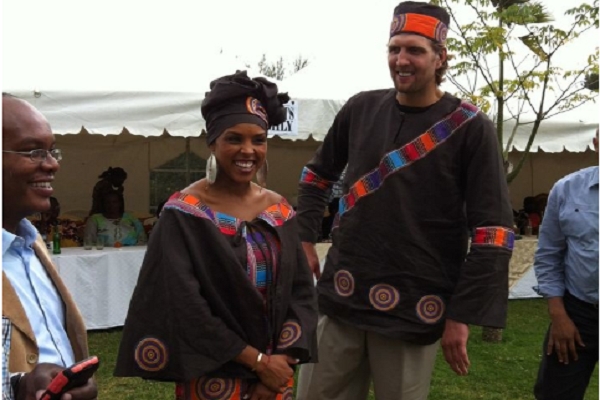 Well, at least his wife is Swedish. That German wunderkind is gettin’ his swirl on! 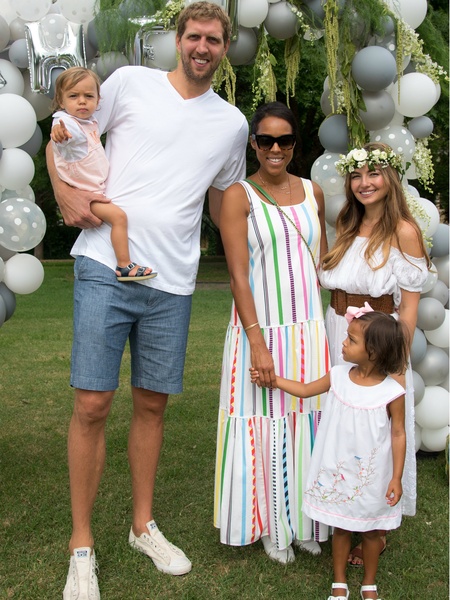 You get the picture.  He sold out to a (((man))) who probably doesn’t really give two shits about him. He will go down in NBA history as a great player on the court, and as someone who allowed himself to be played financially off the court. He’s definitely not in the poor house by any means, but he deserved so much more financially than what he actually received when compared to every other player in the league.

This past Thursday, he signed a 2-year, $10 million contract, which is basically league minimum for a player as good and experienced as Dirk. He could have made much more elsewhere. The Mavericks had an option to pay him $25 million but declined to do so. Rather than go make much more money on another team, he re-signed with Dallas, who have zero chance to make the playoffs, according to the experts, which over half the teams in the league do. That means that Dirk is going to make league minimum playing for a spectacularly bad team for the next two years.

Why Dirk Nowitzki should be praised for not taking superstar money from Mavericks https://t.co/Yia7R604qk pic.twitter.com/oBi6t3LJ9j

Oy, vey! Would they be saying the same thing if he were Black? I seriously doubt it.