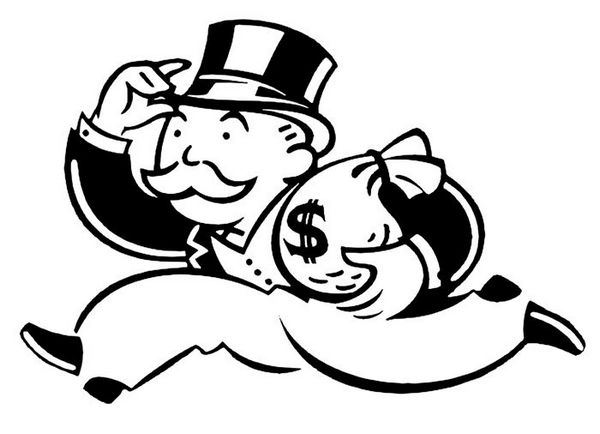 Americans Have A Winner Mentality That Destroys Their Society

We need to stop being so individualistic.

There’s an odd show that a fellow CrimeThinker recommended to me. There’s a lot going on behind the scenes that can be interpreted through a very nuanced red-pill perspective. In it, you have two brothers. One loves his brother and tries to do everything to make his brother proud of him. That’s Jimmy. The other, Chuck, loves his career and his company and doesn’t care for his brother at all.

There is this unreciprocated relationship between the two of them, and I can’t help but see in the prim and proper older brother everything that is wrong with America. The law-worshiping, cold and socially correct brother is the American ideal incarnate. (If this were really realistic, the other brother would probably turn out to be a half-Italian with no actual blood relation.)

But why write about this?

Well, after a sort of pump-up Fourth of July article, I immediately felt guilty. I felt like I was faking it. A lot of fluff and very little substance was in the article, but my heart wasn’t in it. Hell, I totally forgot that it was the 4th until I opened my computer midway through the day, so I overcompensated. I decided to write an article that came off as pro-American.

But now that that’s done and there’s no holiday to celebrate, I can organize my thoughts around a topic that I’ve been developing for some time.

There is one thing that I hate the most about Americans and that is how they are always at each other’s throats.

They love to win. To see themselves as winners, and by extension, everyone else as losers. In that same vein, they love euphemisms and of all peoples I’ve met (except maybe Swedes) seem the most averse to reality. I could go on to say that they’re lazy and spoiled or that they’re fat and their women are completely out of control. I could complain about how they take pride in not knowing anything, in being completely ignorant, in being slobs and turning every single vice into a celebration of Freedumb.

But these are all criticisms that all sides have lobbed at the American lumpenproletariat before.

No, my problem with America is how dog eat dog it is. How “fellow Whites” will go out of their way to pull you down, just so that they can scramble up over you. They’ll side with minorities to do it to you as well. It’s not right, and it’s not healthy. This lack of solidarity steadily chips away at the fabric of society.

You see this a lot when you travel. See, White peoples are very different, and for a movement that talks a lot about White identity, we do very little self-reflection.

There is this belief that we are perfect the way that we are, and that all our problems can be blamed on external forces and external tribes. While there is more than enough evidence to prove that there are indeed hostile groups within our societies that blend in and want to corrupt us, do us harm and eventually destroy us, that’s not all that’s at work here.

Americans need to take a long hard look at themselves.

Americans are a strange people because in many ways they are not a people at all. They are an anti-people. I believe part of this stems from the American experience compared to the European experience. Europe was racked by many absolutely devastating wars. Everyone was hurt, and from mutual suffering, a shared consciousness grew. People understood that bad things could happen in life that could hurt everyone. You could die one day from a bombing raid through no fault of their own. You weren’t a loser because you died in a war. You weren’t a loser if you wanted socialized medicine to take care of you in case of misfortune. You weren’t a loser if you were a factory worker who considered himself working class and wasn’t ashamed to agitate for his class interests instead of LARPing as the Monopoly Man.

And it is all about money, let’s not kid ourselves. It’s about membership in some club, about getting in while others are left out. It’s about competition, not cooperation. Capitalism, not community. It’s about cutting your opponent down, instead of working on yourself. About dressing a certain way, from a certain brand, with a certain logo to push away those that don’t. They’re not on the inside of the velvet rope. They’re not winners like you.

This translates into the political climate as well. There is a quote about Americans that I recently discovered:

“Socialism never took root in America because the poor see themselves not as an exploited proletariat but as temporarily embarrassed millionaires.”

Mass immigration only hurts the poor, dumb, unskilled laborers of this country. The losers. You’re not a loser, are you? No? Then you should keep your mouth shut about immigration, about lower wages. Only dirty Commies (or I guess Nazis) care about stuff like that.

Why do Americans care about the inheritance tax? Few of them will be multi-millionaires, but to admit that to themselves, they have to admit that they aren’t millionaires. They aren’t winners…they didn’t pull on their bootstraps hard enough, maybe. Hell, they might not even be middle-class, but working class…

No, no, better to take up the rich man’s cause and pretend that they might one day make it.

Americans lurv Winners, that’s why they elected Trump. Trump appealed to their wounded pride and their desire to be in the winner’s circle again. He framed himself as the choice for Winners, and his opponents as the Loser candidates. Winner winner, chicken dinner, that’s what Americans wanted to hear…

But maybe it’s time for some tough love instead.

Americans need to rediscover their sense of community again. And not in that phony, “let’s have a bake sale to raise X awareness” way. They need to start thinking of the Jones’ next door as in the same boat as they are, not as competitors. People who talk about the poor as if they are subhuman need to be shown the door, even if they are in the Alt-Right. Americans need to start seeing each other as comrades, fellow citizens, maybe even racial brothers in the future.

Seriously, if you’ve ever been friends with an immigrant, you know exactly what I mean. They have something now that Americans are missing. And it is one of the reasons that so many Americans decide to “go tribal”.

How many White boys dip into Anime and totally lose themselves in Japanese culture?

What about White boys that start wearing chains and acting Black?

How many Hipsters with Maori tattoos and tribal piercings  do you now see in the big cities?

What about White hippy chicks LARPing as Hindus?