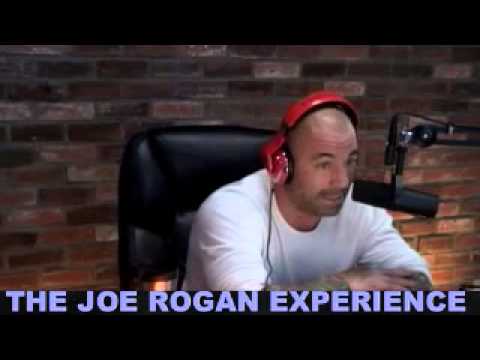 The Joe Rogan Experience Always Lets Me Down

What a huge waste of what could have been a great show.

Joe Rogan is a former Fear Factor host, a UFC host and now he has a podcast called The Joe Rogan Experience.

Rogan had a lot of things going for his show. Most of his listeners seem to be average joes and the show’s main appeal seems to be Rogan’s pleasant baritone and almost Morgan Freedman-esque ability to slowly explain what his guests came on the show to talk about. He doesn’t interrupt, and he’s not particularly high energy, in fact, he has this sort of soothing, calm persona on air that you wouldn’t expect from the guy who was trying to get people to eat bugs and crawl around with spiders on round two of the Fear Factor many years ago.

He’s had some interesting guests on that no one in the MSM would touch. Most notably, he had Alex Jones on. They got high together and Alex Jones spilled the beans on interdimensional alien child-molesters trying to take over the world. 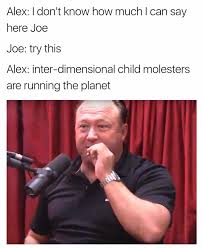 Much has been written about the epidemic of loneliness, alienation and low social participation in the United States and even more has been hinted at. Joe has started to pick up on and address this rather taboo topic.

He has had a lot of guests on talking about similar topics, like Jordan Peterson among others.

Now, I know what you’re thinking. Surely, Joe must have mentioned that increased diversity leads to alienation and low social capital somewhere in the podcast, right?

Nope, no mention of that.

They skirt around the issue. They just talk about how shit’s fucked up, yo. And they talk about how the internet has become a substitute for IRL interaction, and why it’s a bad thing.

Well, I’ll give them that because they have half of a point there.

I spend hours behind a screen both blogging, researching, doing schoolwork, some business on the side, chatting with friends in different countries. And because of that I sometimes feel like garbage because of all the time I spend in cyberspace. I need to get out, get some fresh air, talk with people in meatspace more often. It’s one of the areas where I know I need to improve. But many young men are nowhere near my level because they are just completely checked out of society. They are alienated and atomized and the only interaction they have with people is through online gaming communities, anonymous message boards and the like.

And I would mention women, but they seem to be fine, relatively speaking. The anti-depressants help.

And it’s not just normal men that are suffering though. Virtue-signaling and being a cuck isn’t really a good lifestyle choice either. Liberal men aren’t exactly thriving, despite all the brown-nosing and self-flagellation that they engage in.

In general, people are turtling, they are going out less. They don’t go to the mall anymore, and group activities like bowling seem to be a thing of the past. Is it their fault though? Society has changed a lot in just the last eight years. It’s extremely noticeable if you visit from abroad every couple of years or so. Every time you notice the changes more and more.

I have several friends who don’t leave their house except for work now. They shop online now too, over Amazon. When they go to work, they don’t use public transportation, they of course drive.  They keep their heads down at work. And most of them are in their 20’s like me.

This alienation seems to have been growing since the 90’s in particular.

William Luther Pierce even commented on this topic in the context of the Columbine shooters. They were angry at everyone, filled with rage and felt completely isolated from the world.

The Columbine shooters were not White Supremacists. Quite the opposite. It’s not healthy racial feeling that leads to mass shootings. No, it’s the opposite feeling of alienation that leads people to lash out at everything and everyone.

They were totally alienated. This sickness around us…this liberal, jewish, egalitarian sickness corrupts everyone… the world young americans are growing up in is profoundly unnatural and unhealthy. Some adjust to it more or less, but a growing number do not. Instead they become alienated. They become filled with rage. And in the years ahead there will be hell to pay.

Now, this problem is not distributed uniformly. There are still nice, upscale, upper-middle class neighborhoods where community of some sort or another still exists. But those areas are getting more and more expensive. More and more out of reach for the average Joe.

Joe Rogan owes it to his listeners to mention that. To mention the vibrant diversity, the cultural dispossession, the freefall that we seem to be in. He is just like Bill Burr in that sense. A masculine-presenting guy who appeals to regular guys because of the dearth of other masculine commentators and content producers. But they aren’t anything special, they just come off as less crazy than everyone else offered up by the mainstream.

I used to think that Joe had potential and the ability to present a non-pozzed form of entertainment for American men with his program. But his constant deflection and inability to really address any of the pertinent issues of our time continues to disappoint me. More and more, I am of the opinion that he shouldn’t talk about the big stuff anymore. All of his podcasts start with a topic that is of great interest to me and many men in the West in particular. And every single time, Joe manages to avoid getting to the heart of the matter on just about anything. I had high hopes for Joe once, now I think he should just stick to MMA and marijuana.

And on those same topics, the Alt-Right manages to produce content, answers, and explanations that are so much more relevant, useful and overall closer to the Truth than anything Joe has been able to produce. We really are the only game in town in terms of genuine dialogue and social criticism. This goes double for actually prescribing solutions to the problems society faces. Everyone else is just spinning their wheels and collecting shekels from the lost masses.

I hope that in time, some of his fans will realize that.