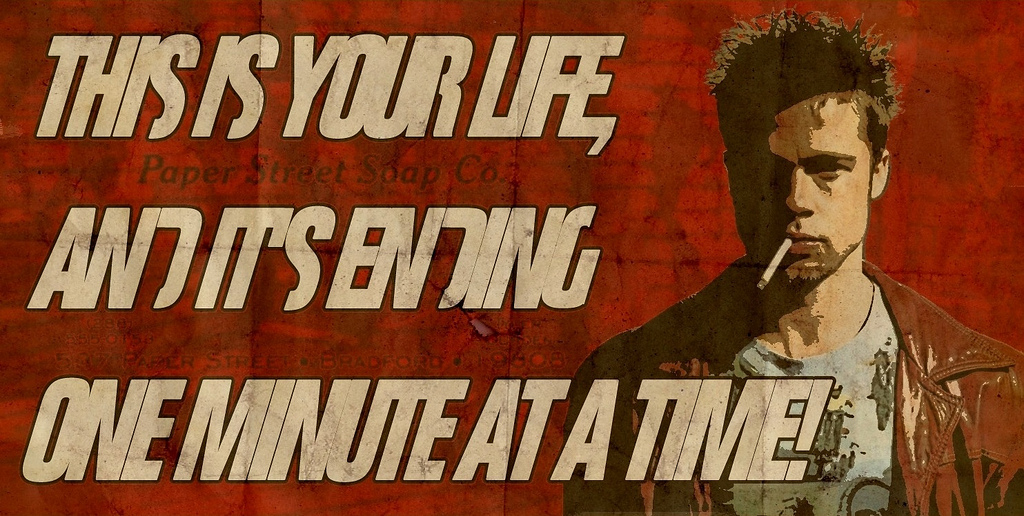 From Atomization to Identity.

As befits its moniker, Conservatism Inc. is obsessed with the past. And not in a healthy way.

In the same way that it’s always 1939 somewhere for neoconservatives, for other “movement” conservatives it always happens to be 1955. This was the year that the first copies of National Review rolled off the presses and William F. Buckley assumed his role as grand hierophant, hauling heretics against “TruConservatism” off into the outer abyss. A cabal of commissars still attempt to continue His Jowliness’s perpetual purge, having ordained themselves as bitchy bishops in the high church of conservatism.

Their characterization, not mine. One such cleric over at Commentary puts the age in candid perspective:

For a time conservatism may have resembled the Catholic Church, with Buckley as pope, issuing bulls and ex-communicating heretics.

The revisionist history they tell themselves reads that Buckley purged the “anti-Semites” and John Bircher types from their movement (though this is hardly the full story). These undesirables were cast into the pits of the outer darkness where they have been waiting for just their time to strike.

It is only the ever-vigilant hall monitors over at National Review, Commentary, and the Heritage Foundation that save American “Conservatism” from the foul and odious forces forever banished by Buckley.

Our commissar goes on:

The nasty mouth-breathers Buckley expelled from conservatism have returned. The proximate cause of this efflorescence of the pre-Buckley right is Donald Trump’s campaign for president. Trump has dog-whistled at racists so much for so long that they feel resurgent. They call themselves the “alt-right,” a grab-bag category that includes nativists, eugenicists, bigots, anti-Semites, misogynists, reactionaries, aristocrats, monarchists, isolationists—basically anyone who hates today’s America and the modern world and the men and women, of any race or religion, who flourish in it.

The truth is, this isn’t the return of some long-forgotten enemy from the TruCons’ past. Many in the “Alt-Right,” including your humble author, are below thirty. The history of the conservative movement means little if anything to us.

But the world they helped to midwife, one where shopping is patriotism, Europe is for “fags,” and history starts in 1945, has been pervasive for the younger generation’s view of “the Right.”

For the millenials who make up a large bulk of “Generation Alt-Right,”,we don’t have a past to look back to. If we do, it is always in the vaporwave-shaded lenses of ironic nostalgia, through which we construct a simulacrum in place of actual memory. We were promised a future that saw its first crash in the dot-com bubble of the early 2000s and was bookended by the Great Recession of 2008.

Multiculturalism, far from being some plan being foisted on us from far away, has been our reality. For our generation, we have always been told that “America was a melting pot,” and we were made to memorize the “dream” of America’s King.

In many ways, we are the children of Conservatism Inc. Perfect consumers whose only loyalties have been to brands and whose only values have come from menus. We grew up with everything behind us, and a future as unknowable as our retirement prospects.

At some point some of us got fed up. I know I did.

In our guts, most of us knew there had to be an alternative. The Internet opened entirely new avenues that were closed off to other generations. Many, if not most of us went through several permutations. First, we latched onto Ron Paul and binged on Austrian Economics.

We thought the world could be saved by “Ending the Fed,” or just getting enough people to read Rothbard. Others stumbled through more radical forms of leftism where “socialist” wasn’t the dirty word our elders always said it was. But in our hearts, all of us were just searching for who we are.

For many alienated young White men, our credo could be summed up in that most angsty of films Fight Club:

We’re the middle children of history, man. No purpose or place. We have no Great War. No Great Depression. Our Great War’s a spiritual war… our Great Depression is our lives. We’ve all been raised on television to believe that one day we’d all be millionaires, and movie gods, and rock stars. But we won’t. And we’re slowly learning that fact. And we’re very, very pissed off.

However, what we are now learning is that we do have an identity. It’s one that has been suppressed and mangled. An identity that dares not speak its name.

We Whites have been deconstructed down only to find what remains. Our essence is who we are. We are White Europeans, the descendants of conquerors and settlers who brought a civilization to entire continents. A people who survived in the savage wilds of the new world to one day step foot on worlds beyond.

For many of us, these realizations have only come in the last few months. Maybe it was the migrant crisis, maybe it was Donald Trump, or maybe it has just been that nagging search for what’s been wrong since as long as we can remember.

Whatever it was, we found our answer. It’s not in being some John Birch Society reenactment that the gerontocracy (and its doppelgangers) over at National Review and Commentary believe that we are. In reality, we are the post-modern and alienated children that Con. Inc. helped to bring about.

We’re not a ghost from their past. We’re much worse than that. We are their worst nightmare from the future.

Generation Alt-Right is one with nothing to lose and everything to gain. It frightens them, let’s keep it up!