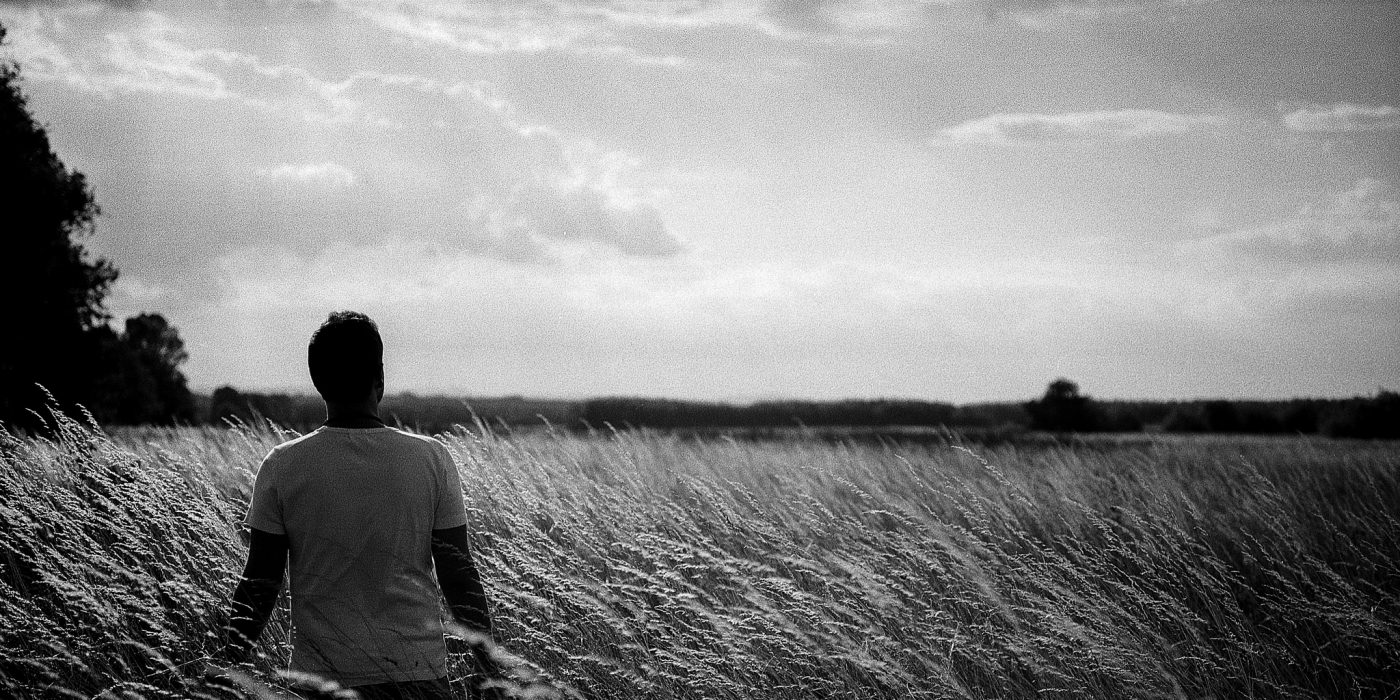 What is wrong with having our own identity movement?

I always hear that the Alt-Right is a movement of disaffected, angry, young, White men. My first thought is, “fair enough”. But for some reason, this is considered a legitimate critique. We are told that our ideology and rhetoric needs to be more inclusive. It’s as if we cannot be considered a legitimate movement unless we have minorities, trust-fund kids, female leaders and respectable old-timers shuffling around…

What’s wrong with advocating for our self-interests? Literally everybody else does it.

See, I have a friend who went to a Mises Institute summer camp back when he was in college.

Although he has moved out of his idealistic Libertarian phase since then, he still has fond memories of his time there with fellow high IQ autistes. Occasionally he would talk to me about the experience and start to point out the merits of Libertarian thinking to me. But I would never really engage him on the finer points of Libertarian ideology, only I would simply point out that all this thinking benefited someone, and that someone wasn’t me.

At first, he didn’t understand because he belonged to the group of people that stood the most to gain from the ideas being promoted by the Mises Institute. As mentioned before, he was very smart and gifted with numbers. He used to go home and do the math section of the SAT just for fun in his spare time after school. And many of his Libertarian friends were tech workers and deracinated cosmopolitans from wealthy backgrounds.

These fiscally conservative, socially liberal types adopted an ideology that just so happened to coincide with their self-interest.

Think about it. For a long time, Libertarianism was a playground for rich legacy-wealthy Whites who didn’t want to be associated with the corn-fed, bible-thumping conservative proles that they had to share the Republican party with. That would mean social ostracization. So they dropped the anti-gay and racial dog-whistling to fit in better with their lefty peers. And conversely, they didn’t favor redistributive policies because that would directly affect their inheritance and their wallets. So they distanced themselves from the Left on those issues as well.

And amazingly, they found an ideology that seemed to fit all the requirements of their self-interest. And the ideology just so happened to be one and only True Way (according to them). I mean, what are the odds of that? No self-interest at work there, right?

Let’s consider the Libertarian issue from another angle. The very fact that there is a Mises Institute and not a Yockey Institute proves that moneyed interests believe that they can gain something from promoting Libertarian ideas. Like big corporations trying to get past government regulations for example. It’s unsurprising then that Libertarianism never had any trouble procuring funds, even if they were always lacking in popular appeal.

I’m picking on Libertarians here, but the same can be applied to Liberals or just Lefties of the Social Justice variety.

We published an article about Swedish cat-ladies sleeping with their Afghani migrant boy-toys AND collecting checks from the Swedish Government for their public service. This revelation would seem to fly right in the face of the theory that Swedes and White people are pathological altruists. In fact, it would seem to prove that some Swedes can be just as selfish and self-serving as any corrupt minority that the Alt-Right so vehemently derides.

We must always ask who benefits before we ever engage or even begin a debate on the merits of one policy or another.

Often times we make the mistake of arguing in good faith on the Alt-Right. We try to appeal to peoples’ better side. We implore them to care about their people, their culture, their people’s future. But most people are not swayed by these arguments because their self-interest directly clashes with White Nationalism.

Think about the typical trust fund college-age Lefty out there protesting for the progressive issue du jour. They mask their pursuit of selfish self-interest with slogans like Black Lives Matter or Refugees Welcome Here. What they are doing is advocating for policies that benefit their in-group in the short-term. And it is pointless to debate ideas with them, the only correct course of action is to call them out on their real motivations.

Take women for example. I guarantee that these advocates of open borders would become Nativists and Nationalists the moment there was an exodus of hot women flooding into their home country. We already see this xenophobic behavior from them when it comes to men importing more feminine wives from Thailand or god forbid, Eastern Europe. These open and welcoming native women lash out with vehemence and bile against these women. But for all their spite and demeaning rhetoric, mail-order brides have a higher chance of forming a lasting relationship with Western men than Native women.

Are these women misguided pathological altruists or pursuing their rational self-interest? I think it’s the latter, and this implies that they are for open borders with the Third World because it is predominantly young men who are coming over.

As for White Nationalism, its quite easy to see who it benefits the most: young, disaffected White men from more modest backgrounds. I have never been able to convince my well-to-do classmates on the merits of Nationalism, let alone White Nationalism. And it makes sense. Their K-Street lobbyist father is doing quite well, and so are all their friends. They even have a few high-IQ, White-presenting non-White friends from their Ivy League University. “See, Diversity isn’t that bad,” they say. Knowing deep down that true Diversity is reserved for the prole Whites (who they hate), why should they then be worried about mass immigration?

Let’s not stop there.

Why does our movement have so little appeal with Boomers? Well, because the Boomers already got theirs, Jack. They’re quite well-to-do, relatively speaking. At the very least, they’ve got multiple properties that have been rising in value over the years because of growing cities, a growing (mostly immigrant) population, and they’re insulated from the effects of Diversity because they all live in Suburbia. Furthermore, why would they go against policies that they’ve been told will guarantee their Social Security and pensions?

Are these all just misguided idealists who are inadvertently turning their nation into yet another Brazil through their misplaced kindness or are they self-serving scum with no modicum of concern for everyone else?

And those churches that are preaching about letting in more refugees and taking in more of the Third World. Is it because of Christian kindness or the fact that Christianity is growing rapidly in the Global South and declining in the Global North? Are they trying to guarantee more tithes from the brown masses or are they just so damn faithful and Christian that they can’t help but lend a charitable hand?

But I believe that this line of thinking needs to translate into rhetoric. The Alt-Right tries to keep an inclusive, big tent mentality. But having been at it for several years, we can start to see patterns emerge. Our movement is almost 90% young White men who know that they are screwed if things don’t start improving. We are de facto not a White Advocacy group as much as we are a Young White Men Advocacy group.

There are women who join sure, but most are dating an Alt-Righter who brought them in. Few come of their own accord. And if they do, they seem to quite good at monetizing their newfound beliefs. Do they believe what they preach? I’m sure they do, but I’m also sure that the Patreon bucks help sweeten the deal.

We need to be real about what we are and how we frame our arguments going forward. Terror attacks and worsening conditions have not changed the situation at all, despite predictions that people would “wake up” or something similar.

No, not all White people will join the Alt-Right. Indeed, many have a lot to directly lose by young White men of the Gen X, Millenial and Gen Z generations coming into their own and taking political, cultural and economic control of the country. We must understand that going forward and frame our rhetoric so that it falls on fertile ground and a receptive audience.

Lefty women have Slut Walks and “conservative” women have sympathetic churches. Boomers have step-wives, property, and their “hogs”. Minorities have explicit advocacy groups. Jews have just about everything. Young White men do not have any money, or political power or mass-market appeal or even deep-pocketed supporters. But then, they never have. Young White men have always had to make up for this disadvantage through their enthusiasm, energy, and ambition. They have always had to rise up and take what was theirs from all the old interests that were arrayed against them. Money, women, and political power follow soon after.

We should count our blessings and not rue our lack of cross-group appeal. The Alt-Right is making massive inroads into the demographic that shapes the future of nations. And that scares just everybody who has something to lose. We should ramp it up, not dial it back. Advance our own self-interests, not cave for the interests of others who care nothing about us. Ultimately, it is about self-interest and it is about the next generation of White men who have no future except the one they carve out for themselves coming into their own and demanding a seat at the table.

I see absolutely nothing wrong with that.