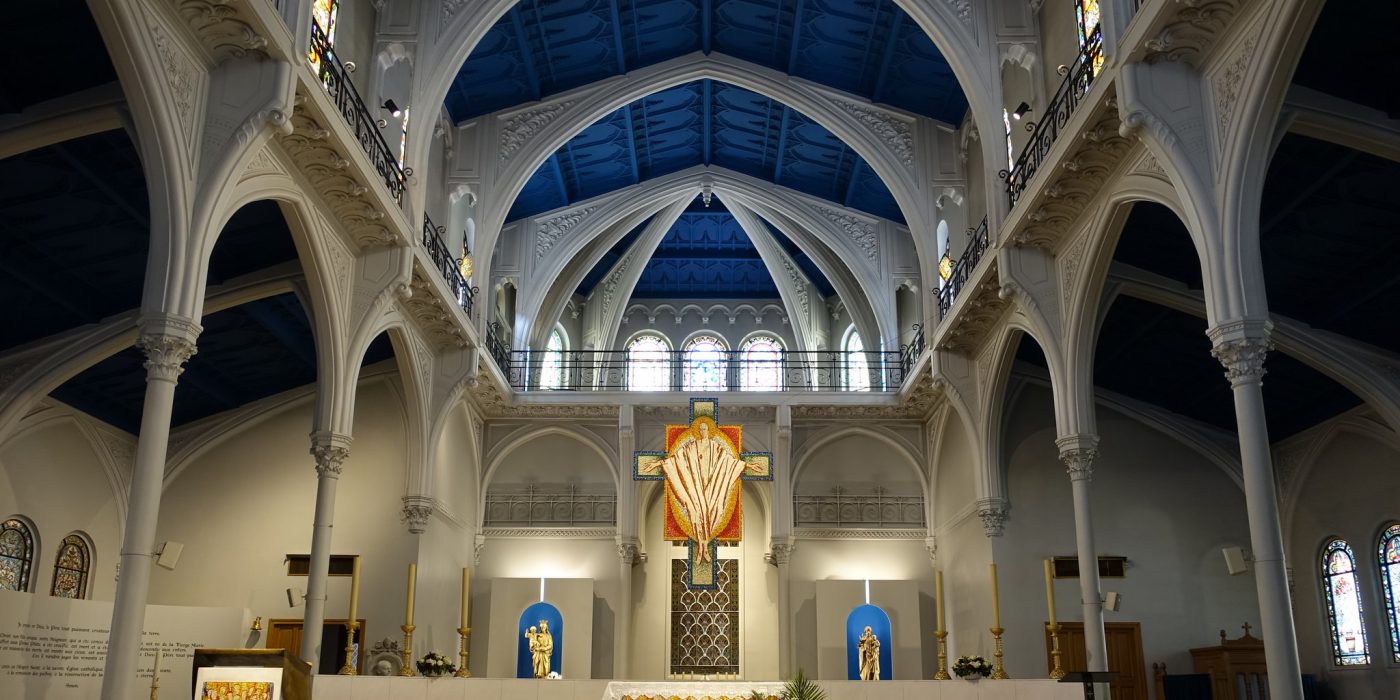 Traditional Christianity Is Making A Comeback In France

Why the Alt-Right should dial back some of its anti-Christian vibes.

One of the things that I see all too frequently on dissident sites is a strong distaste for Christianity in and of itself. As the Alt-Right picks up momentum, however, it will become ever more crucial to make sure we don’t push all Christians away.

Now before you skip to the bottom and write an angry comment, hear me out.

I’m a French-American based in Northern France, I moved here about two years ago from the United States and have had the perverse pleasure of watching the country accelerate toward the edge of the cliff. But one of the things I was surprised to find here is a thriving and growing reactionary movement. And I mean reactionary in its original political sense, I’m talking about people reacting against the French Revolution (which I’m sure most of us can agree was a rather negative turning point in the history of the West).

I’m talking about people well to the right of Marine Le Pen and her party and even to the right of her niece, Marion Maréchal-Le Pen. Who are these people? Well, they’re Traditionalist Catholics. When the Catholic Church decided to go full leftist during the Vatican 2 Council in the Sixties, a certain French Archbishop (Marcel Lefebvre) decided to hold back the night and to continue celebrating the Mass as the Church has done for over a thousand years.

To make an exceedingly long story short, he found a lot of success in France, Switzerland, and, surprising, Germany. His fraternity, the Fraternity of Saint Pius X currently rests in a state of semi-communion with the Holy See itself because the Fraternity is just too conservative for the ruling set in Rome right now.

Even within the Church various traditionalist movements have taken root and are growing at a fast clip (almost entirely in Europe and the USA). Organizations like the Priestly Fraternity of Saint Peter, the Institute of Christ the King Sovereign Priest, etc. The Catholic Church is an inherently reactionary organization that got co-opted by liberals in the 60s, but there are those of us working to take it back.

But in France, Catholic Traditionalism goes beyond the Church.

One thing that needs to be understood about traditionalism as a Catholic movement in France, is that these people don’t want to just go back to the old Mass and teachings of the Church. They want it ALL back; they want France as she existed before the Revolution. And, yes, that means a France made up of French people, or rather a France made up of the different regional ethnicities. Catholic Traditionalism in France is also very regionalist and the schools they run tend to have a high focus on regional traditions, especially in regions with a particularly unique culture (Basque country, Brittany, etc).

Further, their schools are among the few places safe from Republican indoctrination, as they are all hors contrat (meaning the state pays them nothing, but in return, the school controls their own curriculum). These schools continue to grow at an incredible rate with new ones opening practically yearly.

Because Traditionalist Catholics are one of, if not the, most fecund groups in all of France. As they tend to marry young and place a high emphasis on bearing kids, one can expect these families to have upward of eight or nine children. I’m not even kidding, this is the norm in many Traditionalist communities.

This is possible because Feminism has been thoroughly and completely crushed within Catholic Traditionalism. Girls and boys are educated differently and the expectations are very, well, traditional. Women have an important and respected role to play in this society and it is the role of caregiver and mother.

And it is from this Traditionalist stock that a very large portion of Génération Identitaire is formed (probably the majority in France, I can’t speak for Austria and Germany). ‘Trads’ can also be found in organizations like Deus Vult (yes that is a real organization in France) and older, more storied ones like Action Française.

These people are strong, faithful, and perhaps most importantly, fecund Catholics that believe in a France for the French and a return to traditional values.

And that’s the thing, traditional French culture IS Catholic culture. There is no way around it. As much as certain poorly educated Youtube demagogues might go on about how the true European culture is pagan… well, that’s just not the case in France. We have no connection to that part of our history and, as evidenced by our language, our culture pretty much starts with the Roman occupation and Christianity followed hot on its heels.

All the great works of art, literature, architecture, music, conquest, etc. that came from France, came from a Catholic France.  This is what they want to protect and return to, the dark abyss that is pre-Roman Gaul has very little to offer us.

These Catholics are not backing down and they are constantly growing in number. Already they can easily pull tens of thousands for their major pilgrimages in the summer and their dozens of schools are producing strong, proud Frenchmen with an idea of who they are.

Traditional Catholicism in the future of Christianity in France and it is a far cry from the lukewarm hugs and feels Christianity like that which brought Somalis to Minneapolis or hangs Pride flags on the steeple. The Alt-Right and reaction, in general, is succeeding in France like nowhere else.

The biggest risk is an unnecessary internal divide over religion.