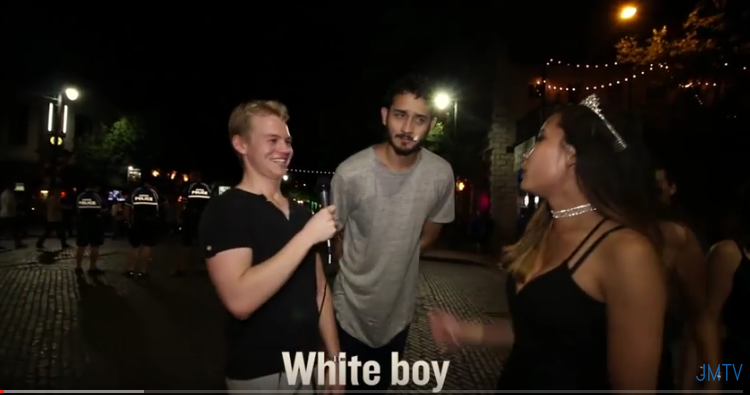 Anti-White Shariah is in full effect.

One of the fundamental pillars of Weimerica is the ready supply of bread and circus.

Your right to go out, get drunk and get laid was left alone and enhanced for the most part throughout the 90’s and early 00’s.

But those days are over:

Little incidents like this really start raining on the parade.

Cop: “Were you offended?”

Cop turns to White dude: “Put your hands behind your back”

And that’s all it takes, nowadays. All the White guy said was that she “looked like a mom”.

In Game parlance, that was an attempted neg that came out a bit too heavy-handed. The guy could have probably saved the routine if the cop didn’t interfere.