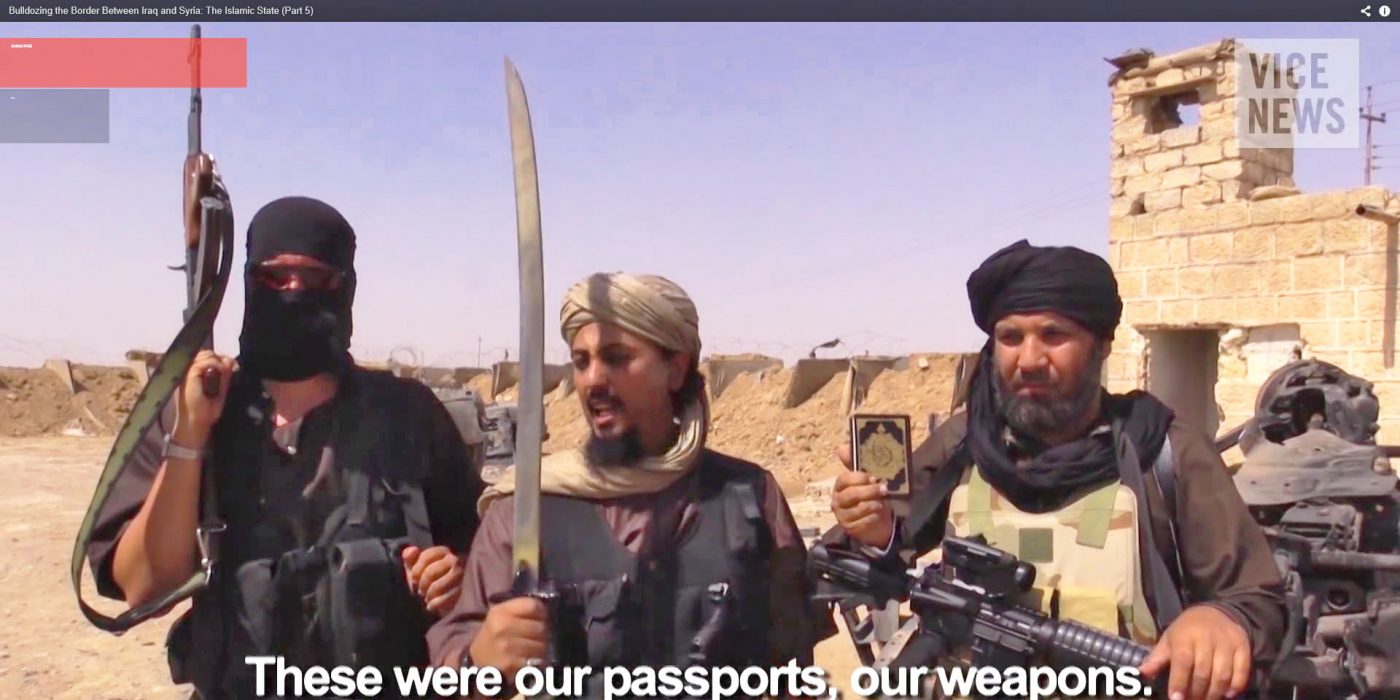 Who pulls the strings of the Islamic State?

Just figure out who benefits.

Suppose ISIS was the puppet, then who would be the puppet master and what would be their motive? We’ve heard conspiracies from the mainstream media and U.S. government in the past of Bashar Al Assad’s government colluding  with ISIS (or the very least tolerating or ignoring them) in order to have a convenient bogey man to prop up the Syrian Arab Republic. This theory hasn’t been regurgitated recently, but has been put out nonetheless. It’s logically unsound, but I started with the least controversial conspiracy to open up the doors to the possibility that ISIS is not self-sufficient.

Let’s first ask what the Islamic state achieves? Mass migration of the third world to Europe and the United States via their creation of millions of displaced refugees. Infiltrating the West, killing random civilians, shared goal with “moderate rebels” of displacing Bashar Al-Assad from power, and overall instilling fear on the nightly news broadcast. What a convenient, evil bogeyman army that seems to have appeared out of nowhere on its own with no help whatsoever, or so it seems on the surface.

We know that the U.S. government insisted on “arming the opposition” in the early days of the Syrian war despite allegedly not knowing who the opposition truly was. What if the U.S. government knew who the opposition was? That being ISIS. We now know the Israelis from their own admission have also sponsored “moderate rebel” groups in Syria as well. We also know that Syrian chemical attacks were not carried out by the Syrian Arab Army. SyrianGirl, an information guru on all things pertaining to the Syrian war, predicted a false flag chemical attack a year before it first happened via leaked documents from British intelligence. We also know that historically, terrorist organizations have declared Israel their number one enemy, yet ISIS seems to have Israeli targets on a very low radar screen, they seem to prefer attacking citizens in England, United States, and the European Union.  Why is Russia considered a greater nemesis to the United States security apparatus than ISIS, and why does the U.S. security entity insist Russia is not fighting ISIS. Wouldn’t it be in the best interest of Russia to fight ISIS?  They are operating on their doorstep, after all.

In the middle east, it is widely known that many people hold a suspicion that ISIS is an Israeli intelligence operation, via Mossad. Well if this were true, it would make a lot more sense from a motive stand point than the ridiculous Assad-ISIS bro-mance conspiracy that used to be put out by U.S. intelligence and media in the past. Who is ISIS fighting in Syria? Bashar Al-Assad, Russia, Hezbollah, and Iran. All primary enemies of Israel. Who has to gain from this so-called civil war? We all forgot about “arming the opposition” and “arming the opposition”. Can you replace “arming the opposition” with “weapons of mass destruction” and it all becomes a bit more logical.

Let’s suppose Israel and the United States intelligence had the most to gain from controlling ISIS. What would be the motive? Mass displacement to implement mass immigration to further anti-white “diversity” and degenerate culture? Erasing ethnic identity from western nations could be the pre-texts towards a uni-polar world and governance. As a goal, eliminating all the top enemies of Israel via proxy, or at the very least, use the conflict to further isolate an enemy, via Russia and Iran.

Don’t forget about Saudi Arabia, they conveniently get their blood thirsty fantasy of a Shia genocide in the Levant and Iraq, where they see Arab lands being tainted by Iranian influence and demography. Not to mention they want to topple Assad simply because he’s a Shia Alawite leader in ‘Arab lands’. It’s no secret that the Saudi’s are obsessed with Iranian influence in the middle east.

To be fair, it seems like a very blood thirsty alliance is behind the Islamic state. Being Israel, U.S. deep state, and Saudi Arabia as the principle puppet masters, however I suspect Israel as the primary culprit being that they have the most to strategically gain from the Syrian war. For the Israelis, not only does the motive to fight all their enemies at once (Hezbollah, Bashar Al Assad, Iran, Russia) in one location without sending a single battalion into combat seem too good to be true, but it also fulfills their geopolitical global motives of weakening white countries towards a uni-polar world order. If you need hard evidence that you’ve been flat out lied to about what is going on in the Syrian war (not civil war), I suggest visiting SyrianGirlPartisan’s YouTube channel. She posts relevant documentation and debunks the scripted narrative of the war, especially showing Human Rights Watch and CNN blatantly fabricating evidence in the war to the point of making your blood boil at their bold lies.

While we cannot definitely prove right now who is the puppet master of ISIS, we do have evidence that we have been lied to about what has going on in the war and we know who has been doing the lying. We also know who has the most to gain from the war. “arming the opposition” is circumstantial evidence so to speak. My educated guess is ISIS is a Israeli Mossad joint project spearheaded by the Jewish state (and heavily supported by the U.S. deep state). The rise of ISIS, the destabilization of middle-eastern countries, and the promotion of mass migration to White countries, I believe is not a coincidence.

‘Order out of chaos’ goes the old saying.

Globalization is more than economics; it is bloodshed and war on civilization itself. Oh right and don’t forget, that when all else fails, blame Russia. Wasn’t it the Western media who came up with the conspiracy that Russia was destabilizing Syria in order to create a mass migration of immigrants to destabilize Europe?

So it’s not that hard to imagine, just replace the word ‘Russia’ with ‘Israel’ and it all becomes clearer.