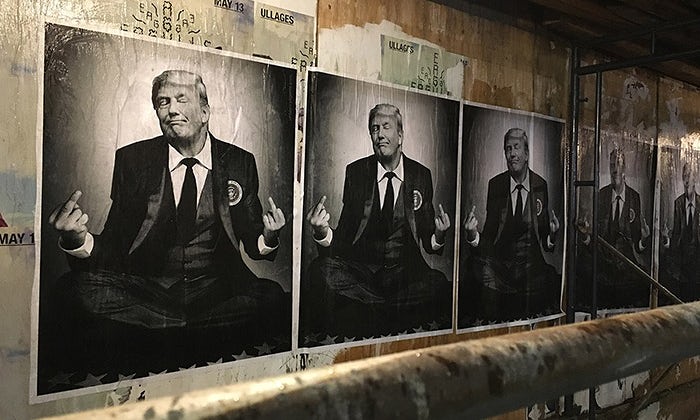 Why this special election was a referendum on Trumpism and the Alt-Right.

Every time something goes wrong for the Democrats these days, I cannot help but laugh. This party went from a bastion of the White working-class to a noxious group of miscreant anti-White reeeeee-sus monkeys, whose only raison d’être is to find any way possible to discriminate against and hate White people. As a result, woke White people, who are weary from all the self-flagellation, are running from this toxic political party in droves. Let’s be honest, what do they really have to offer White people anymore? Oh yeah, that’s right, not being called a racist if you vote for them. Thankfully, Whites have a loving place to go where their interests and cultural viewpoints are respected and thrive, and that place is called the Republican party (okay, stop, I’m trying not to laugh, too; it’s not easy).

The reason I am doing a stream of consciousness diatribe about this subject is because a special election runoff was held in Georgia’s 6th district on Tuesday. The winner ended up being the Republican representative, Karen Handel, who is a Boomer milquetoast cuckservative with only a high school diploma. Amazingly, she defeated a slick-talking 30-year-old Jew named Jon Ossoff, who has a master’s degree from the London School of Economics and once had a top-secret clearance from the U.S. government. Handel defeated Ossoff by around 10,000 votes to claim the victory. The district had been historically overwhelmingly Republican, but because of recent Cultural Enrichment (we’ll call them Mexicans), the race for the seat is becoming much more competitive.

This race was interesting for many reasons, little of which had anything to do with Handel herself. In the original special election, Ossoff almost won outright with 48 percent of the vote. He only needed 50 percent to seal the overall victory, and a runoff would have not been necessary had that happened. The special election was a heavily dominated Republican field, and they spilt most of the votes amongst themselves with Handel coming out on top for them. She ended up netting around 19 percent which set the stage for the runoff.

What’s remarkable is that Ossoff does not even live in the district that he is trying to represent. Really! He could not even vote for himself on election day.

It was also the most expensive House race in U.S. history. The most reliable sources placed the estimate at over $50 million dollars. Ninety-five percent percent of Ossoff’s donations came from outside of the state of Georgia. In fact, almost nine times as many of Ossoff’s donations came from California versus Georgia. This race was a potential tinderbox for the Democrats, and so the big money came pouring in to take this one home for the jackasses. I wonder if Hollywood hates Trump, hmmmm??

Speaking of those same kooks from La-La land, many of them came out publicly to support this relatively unknown upstart. People like Samuel Jackson, George Takei, Alyssa Milano, Chelsea Handler, Mark Ruffalo, Kerry Washington, and John Leguizamo were all singing his praises and endorsing Ossoff for this congressional seat. These Prozac junkies cannot wait to take an opportunity to counter-signal Trump in any way possible, so many of them used this election as a stage to espouse more of their mindless drivel. 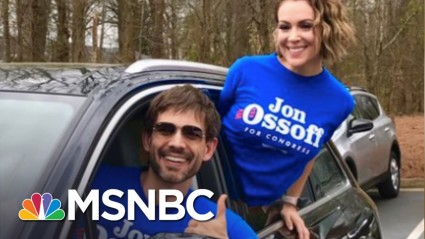 Besides Handel, who is a Trump supporter, taking home the victory, Ossoff’s loss has called into serious question the leadership of Nancy Pelosi. Many of the Dems made statements regarding this right after the official defeat was announced.

“I think you’d have to be an idiot to think we could win the House with Pelosi at the top,” said Rep. Filemon Vela (D-Texas) “Nancy Pelosi is not the only reason that Ossoff lost. But she certainly is one of the reasons.”

“There comes a time when every leader has to say, ‘For the good of the order and for the betterment of the party, it’s time for me to step aside.’ And I wish that that would happen right now. This is not a personal thing. I want to get back in the majority.” -Rep. Kathleen Rice (D-N.Y.),

It’s not that the next leader will be any better for our side, but it is difficult to believe that they would be any worse than Pelosi. I am ready to sing, “Ding-Dong! The witch is dead,” as that ancient crypt keeper has to hand over her gavel for the last time. 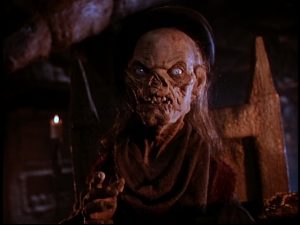 Now, what does this mean for the Alt-Right?

If Handel would have lost, every Republican would have used her defeat as an excuse to “run to the center.” When Boomer Republicans cuck, they cuck hard. They would have been preening themselves for every Lügenpresse news network hoping for the a chance to go on tv and get to say, “See, we need to be inclusive . . . try to cater more toward Hispanics . . . tone down the harsh rhetoric.”

Now, those pathetic excuses are off the table. Handel’s election should serve notice to us that we need to be even more diligent and bold. Our job is to hold both Congress and Trump’s feet to the fire and leave them with no other choice but to actually achieve some of the campaign promises that these clowns made to us, starting with deporting the illegals, ending non-White immigration, and building that wall.