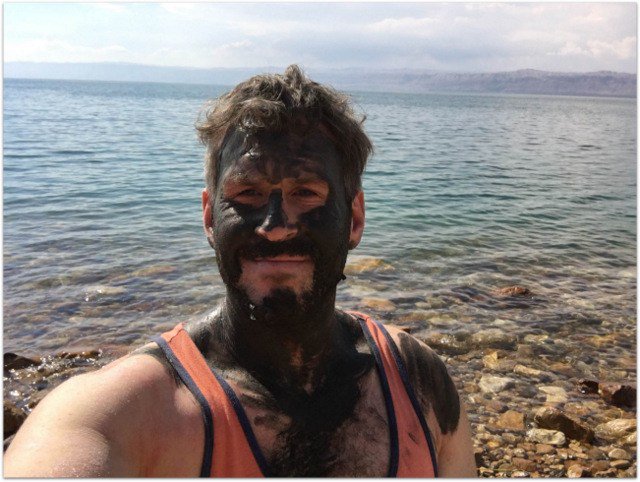 Mike Cernovich, ladies and gentlemen, in his own words.

Mike Cernovich is really mad at us for making fun of Paul Joseph Watson.

In a Periscope video he posted to Twitter this evening, he lashes out at Richard Spencer, David Duke, the Manosphere and the entire Alt-Right. Unlike his friends MILO and Alan Dershowitz, Cernovich claims we’re all a bunch of moral degenerates.

We discovered this evening that Mike Cernovich spends his free time ranking the lady boys of the world and observing lady boy action in Paris. In 2012, he wrote a post on Danger & Play called “What is Sex with a Tranny Like.” By my count, it has been through at least four different versions. I’m told the story was first published as a matter of fact blog entry. When his readers made fun of him, he posted an update that said “LOL, guys, this is not my story. It’s from a reader.” He later changed it to clarify that he is into “rough sex with women.” Even more recently, he has changed it yet again to a “guest submission” that he claims was posted to a messageboard:

Does this sound like the kind of story you would just let a reader post to your blog under your own name without attribution? I don’t think so. Still to this day, Cernovich’s website is #1. in Google search results for the query “What is sex with a tranny like?”

This gets even weirder. Mike Cernovich claims to be transgender:

“Although I always felt like a man inside a man’s body, biology began to do its thing. Around my 35th birthday I felt my testosterone levels begin to decline. I had less energy and found it harder to recover from workouts.

Some, such as male-to-male transgenders, believe aging is a disease. We believe our male brains deserve to live in healthy male bodies.

Because of this, we undergo testosterone replacement therapy – or TRT for short.

Under the supervision of a physician, I self-administer 200 mg of Sustanon every 5-7 days.

As a result of using exogenous testosterone, a man’s testicles begin to atrophy. …

What is it about having “big balls” that makes a man a man? Saying my testicles are small is based on outdated models of gender identity and construction. It is also transphobic. …

I also believe transphobia against male-to-male transgenders such as myself must end. …

The decision to make the transition to a male-to-male transgender was fully-informed and fully personal. …”

“As much as I enjoy the busy streets of Saigon, my mind requires large open spaces. I do my best work near the ocean or mountains (ideally both). Koh Samui, an island in Thailand, was just what I needed to relax and unwind.

Like all of Thailand, Koh Samui is hot. Heat has pros and cons. I love swimming in the ocean, but the oceans in Los Angeles are frigid. …”

What kind of place is Koh Samui, Thailand? Who would go there?

“What makes Koh Samui unique is that every possible vice imaginable swirls tangibly through its streets, yet with a bright, fluffy PG-13 bow on it all, sort of like if Disney managed Hooters.

Illicit transactions occur late at night, in the back alleys of Chaweng, but an appropriate level of discretion is maintained. Tourists walk alone at 2 a.m. without fearing anything worse than a sudden infatuation with a gorgeous woman who turns out to be a man or coming across a vendor selling neon plastic light sticks for roughly 5000% percent of their value. …”

It is a place known for ladyboys.

In searching through Cernovich’s blog “Crime and Federalism,” I was struck by how often he blogged about “homophobia.” He repeatedly returns to the issue.

At one point, Cernovich even says “may God have mercy on your bigoted souls”:

“You know what: My mind is now closed on an issue. I used to give people who opposed same-sex marriage the benefit of the doubt. Many of my friends oppose gay marriage on religious grounds. But I’ve seen the light.

If you oppose same-sex marriage, you are a bigot. I grew up around racists, and I know bigotry when I see it. You may as well throw around the n-word so far as I’m concerned. You’re not different from a hateful racist who burns crosses into the night.

It’s time to reflect: Does the Bible truly support your views? Does Christ ever speak on the issue? Or do you simply harbor a disdain for those who are different, and thus feel inspired to read words that are not even there?

I’m reminded of Thomas Jefferon’s remarks on slavery: “Indeed I tremble for my country when I reflect that God is just: that his justice can not sleep forever: that considering numbers, nature and natural means only, a revolution of the wheel of fortune, an exchange of situation is among possible events: that it may become probable by supernatural interference!”

May God have mercy on your bigoted souls.”

Interestingly enough, Cernovich took to Twitter in 2015 to rank the lady boys of the world (Thailand has the best) and to post photos of such illicit encounters in Paris. We know from his passport that he has been to both Thailand and the Philippines.

When dining alone I invariably get the (gay) male gaze. Yes I am eating alone and no I don’t want you to eat me.

.@2dAmMuslim I do sound sorta gay but I’ve sold more audiobooks in 3 months than 99% sell in lifetime. https://t.co/zOiUx9TZkg

I am transgender. I wrote about my struggles, courage, and bravery here: https://t.co/0xXNkKhkfQ https://t.co/cmR020RTzD

Pull up, get some lady boy action in a van, and leave. Somehow I always see the real shady side of a city. pic.twitter.com/o0BmiUCI9r