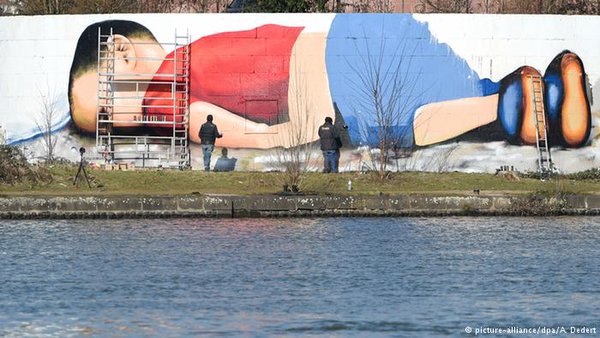 ‘Offending’ Muslims And Immigrants Will Make The World A Better Place

A certain group of people renowned for their high verbal-IQ have lots of power when it comes to driving the media narrative. Yet still, it is astonishing to hear the arguments put forth by the MSM more broadly in order to hoodwink your average American citizen.  Joe-six-packmay otherwise have a bit of common sense–but can he retain his independent critical thinking ability in the face of such dialectical ingenuity?

The weighty question with which the media is tasked is how to convince us that measures and policies which are clearly not in our interest are actually quite necessary, and indeed beneficial. We see this form of audacious argumentation in particular for matters which are of vital concern to White Americans: immigration and Islamic terrorism.  There’s a special quality to this kind of discourse which is instantly recognizable for its implausible conclusions and the bold manner with which leftist propagandists put forth their positions.

A personal favorite is the canard that we must continue Muslim immigration at breakneck speed, lest we offend Muslims.  This, you understand, would perpetuate Islamic terrorism.  In this formulation, if we are to interpret it literally, more followers of Islam in a particular countryactually equals less Islamic terrorism.  To stop or limit Muslim immigration would mean inflaming Islamic extremism.  This is of course a part of the public discourse due to Trump’s travel ban, currently being litigated, and which the Supreme Court will decide whether to hear by the end of this month.

From the liberal think-tank the Brookings Institute on the travel ban:

Trump is also sending a message to Muslims at home and around the world—America does not like you. This vitriol makes it easier for the Islamic State and other groups to recruit. For decades jihadists have argued that the United States is engaged in a war against Islam, and Presidents George W. Bush and Barack Obama tried hard to make it clear that U.S. wrath was focused on a small group of terrorists, not Muslims in general. Trump’s actions and rhetoric add credibility to the jihadists’ narrative of civilizational war. So far the Islamic State has not formally commented on the ban, but pro-Islamic State voices are already publicizing it. The Islamic State has long advocated going after the “gray zone”—Muslims who endorse moderate politics—and the Executive Order is a way of shrinking it in the terrorists’ favor.

We don’t want Muslims to think we don’t like them, and we certainly don’t want them to think there’s some kind of conflict going on.  Hmmm.

How has this worked for the most cucked nations of Western Europe, whose leaders only use the most cowardly, sniveling rhetoric vis-à-vis Islam? Yet rhetoric is not the main issue here.  Even the disappointing David Cameron, former prime minister of England, had some sensible things to say on the subject:

That cannot be said clearly enough. But it is not good enough to say simply that Islam is a religion of peace and then to deny any connection between the religion of Islam and the extremists.Why? Because these extremists are self identifying as Muslims.

It’s a surprisingly straightforward observation from a politician.  But ultimately, those are just words.  The man did not halt Islamic immigration at all.

One could find literally thousands of examples in editorials and broadcast news of the ridiculous Cultural Marxist talking-points on Muslim immigration, but let’s look at The Independent for one more representative sample:

The banning order may in part be a high profile way of assuring Trump voters that his pledges on the campaign trail will be fulfilled. But demagogues tend to become the creatures of their own rhetoric and certainly Trump’s words and actions will be presented as a sectarian declaration of war by many Muslims around the world. Isis will also see that by pressing their attacks they will deepen divisions within American society.

Perhaps if the multicultural project is more important to you than having a cohesive, safe society, this makes sense.  Otherwise, shouldn’t we consider that Islamic terrorism/immigration itself is what causes “deep divisions” in our society, not one man’s quest to “find out what the hell is going on”?

The leftists warned us about dire consequences should Trump say the wrong words or enact a mean policy against Muslims.  They said it would result in the opposite of what we desired–it would backfire catastrophically!  It would not only cause more terrorism, it would irreparably harm our relations with Muslim leaders across the world.  They’re our greatest allies against terrorism, don’t you know?  As liberals like to say nowadays, let’s “fact check” that assertion.

What has actually transpired so far in the Trump presidency in regards to our relations with Islamic countries is that he has received a lavish reception from leaders in Saudi Arabia and Egypt, to name a couple.  Is that due to Trump’s warm rhetoric towards Islam?  No, apparently they don’t even care!

Of course, there are other factors to explain our newly amicable rapport with these countries.  Many on the Alt-Right consider this a bad geopolitical strategy, particularly with regards to Saudi Arabia.  Granted, there are valid arguments in this direction.  But put that aside for a moment and consider: Trump has quite definitively disproved the thesis that limiting Muslim immigration and using mean words will rupture our relationship with Muslim leaders.  Of course, this argument was never made in good faith to begin with.

Our foreign relationships with Muslim leaders hasn’t been damaged by President Trump’s lack of enthusiasm for inviting their troublesome people to our land.  Rather, Saudi Arabia is practicing realpolitik, as is Trump.  Actually, this rapprochement with Saudi Arabia piques my interest. Trump didn’t come to “lecture” them about human rights abuses.  That absence of moral posturing is refreshing.  Implicit here is the acknowledgement that Arabs simply have different moral standards than us, and we frankly do not care what they do with their own people.  It’s an acknowledgement of the fundamental difference between East and West, and it is policy making with that premise in mind.

To put a fine point on refuting this ludicrous proposition that less Muslims in America willsomehow result in more Muslim terrorism, let us turn to Queen Ann.  Ann Coulter has adroitly pointed out–albeit a rather obvious point–countries without Muslims simply do not experience Islamic terrorism:

Only in this media environment, in which these issues are so strangely framed, does Coulter’s incontrovertible statement of fact seem risqué.  And regardless of these all-too-rare pronouncements by brave writers such as Coulter, the message a media consumer receives is the polar opposite. The advocates of ever-more refugees persist in theircounterintuitive argument, and almost never is the viewer or reader provided with arebuttal from the common-sense perspective which is characterized by Coulter, and hopefully by me here.

Just like Muslims are supposedly our greatest asset in identifying Islamic terrorists, here illegal immigrants will be our greatest resource in locating the really bad illegal immigrants, whom even liberals ostensibly want deported.  So you understand: if we start enforcing immigration law, we will paradoxically get less effective immigration enforcement.  Talmudic logic?

This implausible line of thinking is found, naturally, at the Washington Post:

Police and politicians in these areas say that honoring ICE detainer requirements could scare people away — they don’t want undocumented people to be afraid to contact the police if they need help. “They are relying on folks to not be afraid of the police to report crimes,” Torrey [a lecturer at Harvard] said. He also said Trump’s executive order will further discourage immigrants from contacting local police.

And from the Guardian, “Fearing Deportation, Undocumented Immigrants are Wary of Reporting Crime”:

Evidence is mounting that undocumented immigrants are increasingly wary of reporting crimes or testifying in court, for fear that they could be detained and deported, according to law enforcement officials and advocates.

Since Donald Trump signed an executive order prioritising most undocumented immigrants for deportation, activists and local police have warned that crimes will go unreported and witnesses will refuse to testify over fears that any interaction with law enforcement could be a prelude to removal from the country.

If you follow these issues with some regularity, how many times have you heard this argument?  A thousand times?

Now honestly, are we to believe that all these journalists had this epiphany independently, or should we suspect some level of coordination?  When the hivemind establishes their talking points, media saturation follows.

As to the merits of this view, well, it doesn’t make too much sense.  Firstly, the premise of the argument assumes that the left is actually interested in finding illegal immigrants who commit “serious crimes” and doing something about it.  I have seen zero evidence of that.  Furthermore, the liberal elites who concoct these narratives must know very little about Hispanic culture, which is just as steeped in the “don’t snitch” ethos as the somewhat more dysfunctional Black community, from whom many Hispanics unfortunately take their cues.  These people are not “cooperating” with the police, as a middle-class bourgeois professional would understand the term.

And again, let’s “fact check” these bastards.  Has some relatively robust immigration enforcement backfired in a situation where the bad guys are getting away because no Hispanic immigrants are cooperating with the police?  A flat no.  Obviously, all that is needed is to simultaneously enforce immigration law and go after the particularly troublesome immigrants, which the Trump administration is currently endeavoring to do.  As Attorney General Sessions said in regards to the immigrant gangs such as MS-13, “We’re coming after you.”  And indeed they are.

It’s one thing to be subverted in one’s own country in such a perfidious manner.  But that they should do so with such arguments is getting to be a little too much.