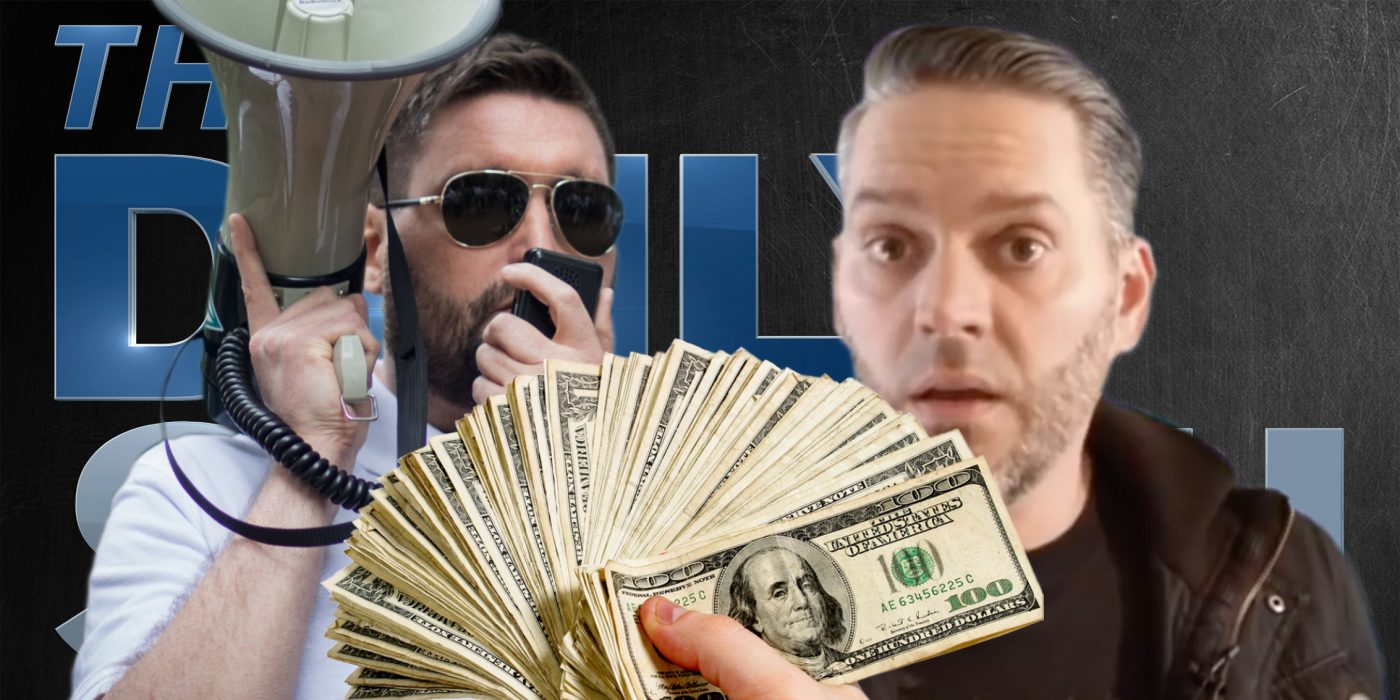 We now have corporate sponsorship. Sort of.

Thursday night I was sitting down at my computer prepping my microphone to join the cast of one of the Alt-Right’s most successful podcasts, The Daily Shoah, when I messaged Mike Enoch, one of the show’s co-hosts, to ask about what we would be discussing. He immediately messaged me back and asked me if I had not heard the news about the advertising agency they had contracted with who was now asking them to remove the live reads they had read into the last two podcasts of their show. Knowing the guys over at The Right Stuff to be high agency pranksters who love to have a good laugh at the foolishness of our contemporary society’s cultural taboos, the fact they had landed a contract with an advertisement agency delighted my own mischievousness nature, and I could not wait to discover more. I would not be disappointed.

As I joined the call for the pre-show preparations, Sven, also known as Seventh Son, was debating how to respond to the advertising company who was now in full panic mode after he refused to remove the live reads, citing the contract they had signed and how doing so would also affect the shows artistic credibility. Sven had worked hard to ensure that the topics of the show would include stories that could seamlessly weave advertisements into the show’s narrative. Removing them would damage the show’s credibility and the point of the stories they told.

The representative from the company, Ad Results Media, claimed that a junior sales rep had mistaken The Daily Shoah for a sports podcast called TRS Radio. After Sven refused to remove the content as asked, the representative offered to buy out their entire contract. Sven, who had worked out the deal with the company after Ad Results Media had solicited The Daily Shoah for advertising slots, said that he went as far as to send the sales rep links to previous shows as he had with other advertising agencies, figuring that would be the end of the inquiry. However, to his surprise, he received an email back from the representative saying that they knew all about the show and wanted to know how much they would charge for time slots. A little surprised but not one to allow a good opportunity to waste, Sven followed through with contract negotiations and struck a deal.

I sat there as Sven was asking Enoch and others what to do, saying that he felt bad about taking the type of cash they had been offered. I, as well as others, pointed out that his gut reaction was obviously part of his European sensibilities, and that he needed to ignore them. We all knew that a company such as Ad Results Media would fire anyone in their company who was caught sharing our views or advocating for the interests of European people and that taking the offer was not only justified given their breach of contract, but a moral imperative for someone who represented a voiceless people.

Being that The Right Stuff had intended to advertise as well on Fash The Nation, the network’s number one podcast that made a comeback last week, a counter offer of double what the representative had offered was made. We were still discussing the whole debacle within minutes of the counter offer when I heard Enoch shout out “Holy shit!” The company had accepted the counter of a whopping $17,600. We postponed the recording so that Sven could deal with the transaction and fulfill their side of the agreement. 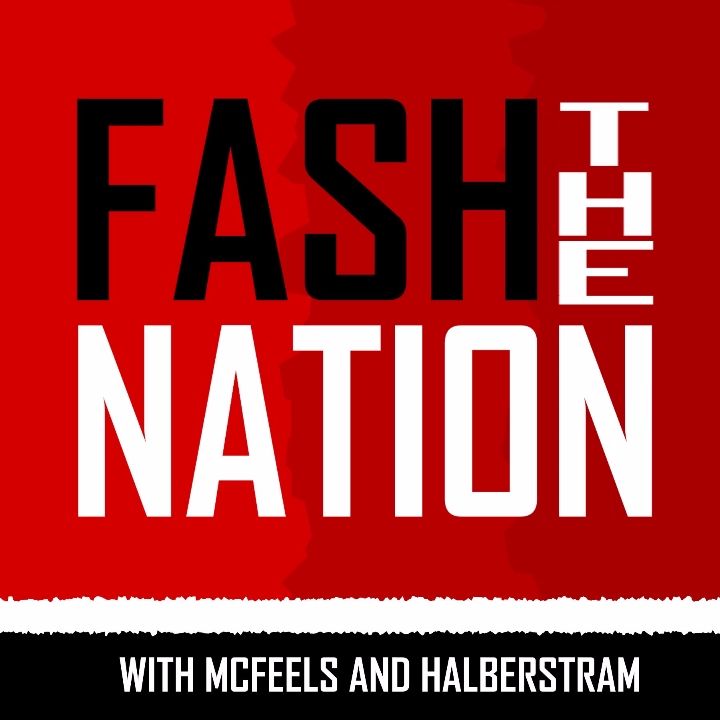 When Sven came back an hour later Alex McNabb, Mike Enoch, and I couldn’t stop laughing about the whole situation. It was amazing to see how after a number of set backs that included the DOXing and subsequent loss of employment for Mike Enoch just several months ago, that Karma had shined her light of cosmic justice upon the network. The struggle for those who speak truth to power is not an easy one, as I and others can attest to. One infamous truth speaker knew by the nom de guerre, ‘Ghoul,’ had his life turned upside down by his real name and personal information being discovered. Ghoul was a regular guest on The Daily Shoah and had started a Facebook page that put out brilliant artistic content satirizing the contradictory beliefs of Cultural Marxists. Before the page, Counter-Signal Memes For Fashy Goys, was shut down in an attempt to end the harassment of his family, Ghoul had gained over 100k followers.

The seventeen thousand dollar settlement is a drop in the bucket for most major corporations, but something to be celebrated amongst us on the Alt-Right. These institutions are currently hell bent on replacing us, as they brag about how “diverse” they are, a euphemistic way of saying they have intentionally hired less White people. Any legal or subversive blow that can be dealt to these corporations, whether economically, socially, and so on, should be ruthlessly pursued if we are to succeed as a movement. A message must be sent to the corporate world; the existence of our people is not negotiable, and those institutions who attempt to promote policies that threaten our existence will be ruthlessly undermined at every turn.

Perhaps the most absurd thing about this entire clusterfuck is the sheer panic and overreaction that occurred as a result of this innocent but lazy “mistake” by a junior sales representative. In the age of the internet, nothing that finds its way on the web is ever truly removed and no amount of signaling will keep Ad Results Media from whatever economic repercussions that may result from other businesses who hear of the mistake and decide to contract with another advertising company. Those involved are obviously normies with no understanding of how the game works and managed to turn a simple mistake that wouldn’t have caused the company anywhere near the damage they themselves imagined it would in their feeble, panicked minds, into a huge victory for us. In fact, within days the whole incident would be forgotten by the general public and people would have moved on to whatever the next “outrage” was.

Nevertheless, we are winning. The alt-right is expanding rapidly across the country, making vast gains on the cultural front. The seeds we have planted now blossom into grassroots networks that are seriously impacting what happens on the ground at political events. The intelligence and confidence of our people are intensely alluring to participants, many of which have been consuming our content in the comfort of their own home, but not taking it too seriously believing that it would never manifest into a real movement. Our own emerging presence, however, is extraordinarily white-pilling to them. They are seeing real, long sought after leadership from men with true conviction, and instantly seeing that their future in their hands.

the authorNathan Damigo
Nathan Damigo is a combat veteran of the Iraq war currently studying for an undergraduate degree in social science at California State University, Stanislaus. In March 2016 he created Identity Evropa, a North American based Identitarian organization dedicated to creating a better future for People of European Heritage. His activities as an activist have been covered by national and international media agencies such as CNN, BBC, Time Magazine, Rolling stone, The Young Turks, The New York Times, and many more. He currently writes as a contributor for altright.com.
All posts byNathan Damigo