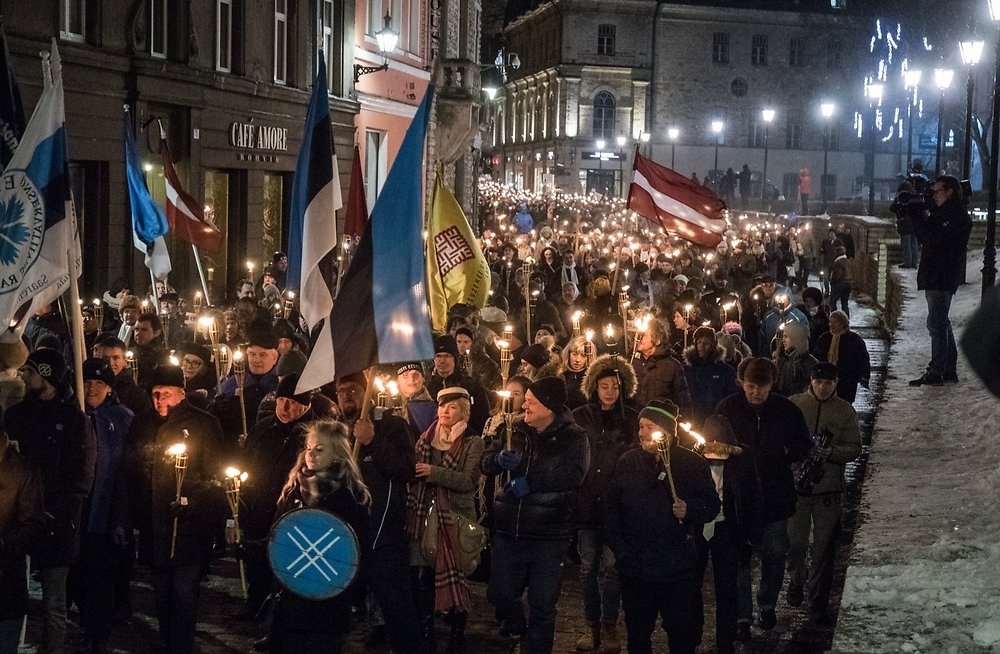 On June 12, the Estonian nationalist youth movement Blue Awakening (Sinine Äratus) sent a letter to the leading board of European Young Conservatives (EYC) and all its member organizations, demanding the expulsion of Turkish AK Party Youth from the organization. They pointed out how the EYC has been constantly moving away from ethnonationalism, including both Turkish and Israeli government parties among its members and replacing anti-immigration politics with free market capitalism. The Blue Awakening announced it will leave the organization if the Turks are not expelled by next Monday, June 19.

The EYC was originally founded in 1993 by the youth wings of the British Conservative Party, Danish Conservative People’s Party, and Icelandic Independence Party. Over the years, it came to include the youth groups of many right-wing European parties, some of them explicitly nationalist, some almost liberal. Within the last year, the organization saw inner turmoil as more principled members began to feel uncomfortable with Erdoğan’s party youth among its members. The first organization to leave were the Finns Youth Party on May 18.

The Blue Awakening is an Estonian youth movement affiliated with the Conservative People’s Party of Estonia (7 MPs of 101). It was founded in November 2012 by Ruuben Kaalep who is also its current leader. The movement is perhaps best known abroad for organizing the annual Independence Day torchlight marches in Tallinn, Estonia, that take place on February 24 every year. The latest torchlight march was the fourth since the tradition was established and it had around 3,500 participants, including a number of White nationalists from around the world such as Ramzpaul and Reactionary Tree.

In many ways, the Blue Awakening has been inspired from Generation Identity. It has declared its goal to be a new national awakening of the Estonians and it uses political activism, metapolitics, as well as memetic warfare to work towards it. The Blue Awakening has cooperated with many nationalist groups mostly in Northern and Eastern Europe. It became a member of the EYC in 2016.

Following is the letter sent by the Blue Awakening to the European Young Conservatives:

To the Board of the European Young Conservatives

To the members of the European Young Conservatives

The Estonian nationalist movement Blue Awakening decided to become a member of the European Young Conservatives in a hope that it would provide an alliance for movements that fight for a Europe of the Europeans. Especially during the current moral and demographic crisis, being one of the worst that the West has ever passed through, we recognize a need for such brotherhood that would stop the ongoing mass migration and reverse the decline of the European ancestral spirit. However, within the last year we have witnessed a number of worrying tendencies that have led us to question whether the EYC is fit to fulfill that necessary role in creating a safe future for our European descendants.

First, the European Young Conservatives have utterly failed to take a clear stand against the Turkish dictator Erdoğan’s Islamist and anti-European policies. Even after the violent aftermath of the coup d’état attempt and the threats by Erdoğan to flood Europe with Turkish migrants, the EYC has continued to court his AK Party Youth while the only solution compatible with European nationalism would have been expelling that party which has become an enemy to the European peoples and values.

Second, the inclusion of Israeli Likud in the EYC can only be interpreted as another hostile step against European nationalism. Likud has a habit of regularly attacking and demonizing any sign of a new European national awakening, even going so far as to defame the meetings of Baltic war veterans who fought against Communism. Furthermore, Likud’s policy of building settlements on the Palestinian territories is a clear violation of nationalist principles, including the Nine Pillars of Conservatism, the central manifesto of the EYC.

Third, we have encountered a clear reluctance on the part of the EYC to aim the alliance towards fighting the impending demographic catastrophe caused by mass migration. Instead, the alliance has opted to yield to the leftist ideas of integrating the non-Europeans and even accepting the precepts of living in a multicultural society.

This direction has led several organizations to reconsider their membership in the European Young Conservatives. On May 18, the Finns Party Youth decided to withdraw their membership, citing the lack of leadership by the alliance in regards to the Turkish question.

The simplest and most righteous way for the European Young Conservatives to assume leadership over the common front of European nationalists would necessitate expelling the AK Party Youth from the alliance. If, however, that is not done by June 19 of the current year, we will be compelled to announce our withdrawal, for this organization no longer represents the European future we are fighting for.

We hereby call upon all European nationalists within the EYC to pressure the alliance into working for our true values. Even if this fails, we will remain open for cooperation with all our European brothers and sisters who wish to continue the fight for the survival of our peoples.

The leading board of the Blue Awakening: