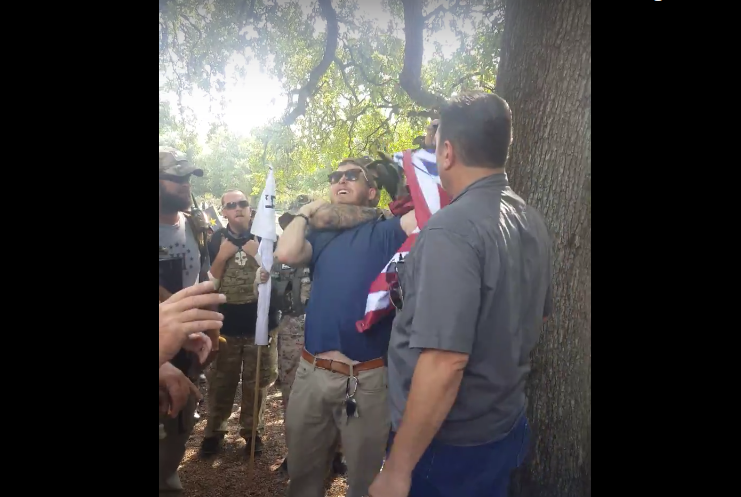 Oathkeepers Turn Against The Alt-Right

The Oathkeepers get put in their place by the Alt-Right.

The Oathkeepers showed their true colors at the Sam Houston rally. They surrounded an Alt-Righter and then when he was outnumbered 20 to 1, one of their pet Mexicans jumped him from behind.

The BASED Mexican put the Alt-Righter in a rear-naked choke.

Later on, the group of geriatrics waddled over to the main Alt-Right group that was demonstrating and tried to run them out of the park. When confronted with more than just one Alt-Righter, they quickly gave up and ran away.

The old man facing down the Oathkeepers is Azzmador from Daily Stormer. He didn’t back down one inch. And by the end of the confrontation, it looked like some of the Oathkeepers were about to switch sides.

There was a lesson to be learned today: Not cucking is a winning strategy.