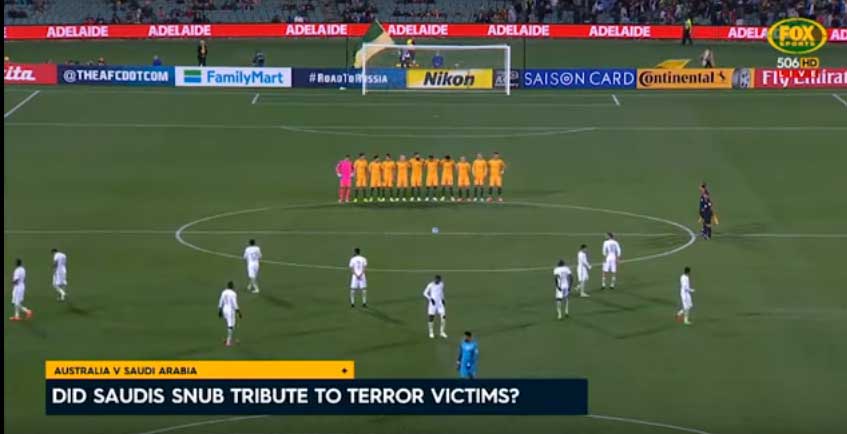 They have pissed off the wrong demographic: soccer fanatics.

It is funny to see how hard the Left tries to cover up Muslims’ absolute loathing for European Whites. They shame and bully fellow Whites who notice this unbridled bloodlust towards us and our culture. But their job is increasingly made difficult by stunts like this:

How do you cover that up? After all, the whole point of these games is two-fold: to provide entertainment and to foster friendly relationships between countries.

I’ve heard constant odes to the power of sports to bring different peoples together my entire life. Was it all a lie?

Saudi Arabia met Australia for a World Cup qualifier at the Adelaide Oval stadium in South Australia. The two teams were preparing for kick off when the announcement was made for a minute’s silence to take place.

Images from the match show a single player from the Saudi team, Salman al-Faraj, seemingly standing for the silence, with his hands behind his back.

At the end of the minute, Australian fans loudly booed the Saudi team as they ignored the show of respect from the other team.

Honestly, the Saudis probably went too far this time. It is bad enough to sponsor terrorism and Wahhabi fundamentalism abroad, it is quite another to violate the sacred tradition of Sportsball. Thousands of soccer fans will see that, and it will resonate deeply.

Deeper probably than any essay produced by the Alt-Right.

See, the Saudis completely snubbed a moment of silence to terror victims AND violated the sacredness of Sportsball as an institution. Coincidentally, this is why Colin Kaepernick was such a big deal. He got up and shoved his hostile face right into the big screen TVs of sports fans all over the United States. They couldn’t pretend to be color-blind anymore because Colin wouldn’t let them indulge themselves in that illusion when he took his famous knee during the anthem.

Colin’s stunt ended up backfiring, and the Saudis arrogance will as well.

They’re pushing around the wrong people: soccer fanatics that is. Remember the attack earlier this week? Know who stood up to the Muslim attackers? A Millwall soccer fanatic faced down three armed Muslims on his own. He did it with the battlecry of his beloved team on his lips:

Recalling the events of Saturday night, he said “They had these long knives and started shouting about Allah. Then it was, ‘Islam, Islam, Islam’.

“Like an idiot I shouted back at them. I thought, ‘I need to take the piss out of these bastards’. I took a few steps towards them and said, ‘fuck you, I’m Millwall’. So they started attacking me.” 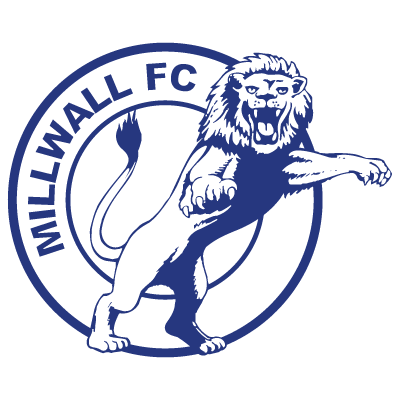 The Muslims are getting between Western man and his sports. What a huge tactical blunder.