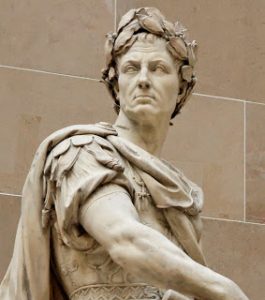 “The evil that men do lives after them; the good is oft interred with their bones.”- William Shakespeare from Julius Caesar.

Another group of leftist idiots did something that they consider brave. They held a free play in Central Park at the Delacorte Theater in NYC for the annual Shakespeare in the Park. The group that runs Shakespeare in the Park is called The Public Theater, and it was started by a man named Joe Papp, real name (((Papirofsky))). During the play, these degenerates pretended to assassinate President Donald Trump. They did not call the main character Donald Trump, but he was made to look like Trump, with all the over-the-top caricatures, and an Eastern European wife with a thick accent to boot. The play was supposed to be Shakespeare’s Julius Caesar, but this one interjected (((pinko communist))) lunacy into the mix. The play ended with, you guessed it, Trump being violently slaughtered, complete with geysers of blood after each stab violently plunged into the actor’s body.

According to the Public Theater’s spokesperson regarding this play, “Shakespeare’s political masterpiece has never felt more contemporary.”

You honestly cannot make this stuff up!

Or is it that they are just trying to condition us mentally to get used to the idea of what they are going to truly attempt if Trump’s impeachment falls through? The left definitely believes that they can eventually impeach Trump-do not doubt it for a second. They hate his politics, believe he is an illegitimate president, conspired with the Russians, is a liar, and worst of all, he is White. They consider him the Hydra of Lerna leader of the White race, who only requires that one fell swoop to end their pain and misery once and for all.

These blatant suggestions, displays, and calls for the homicide of our president are rampant throughout every medium of entertainment. Cathy Griffin stated the reason she felt justified in doing the photo with the severed and grotesquely bloody Trump head was,

“I’m not afraid of Trump. He’s a bully. I’ve dealt with older white guys trying to keep me down my whole career.”

So Trump was keeping her down by being White.

Another absolute moron, Snoop Dogg, shoots Trump point blank in the head in one of his equally terrible videos for his song called Lavender.

Snoop Dogg then apologized by not apologizing and doubling down on what he said with an f-bomb filled tirade.

Even the pop-diva, Madonna, got into the act by stating, “thought an awful lot about blowing up the White House”, one day after Trump took office.

Like every other form of degeneracy from homosexuality to miscegenation, the lefties want you to know that any form of irrational behavior that they deem worthy of exaltation in this POZ world is A-ok. They always want to control the moral high ground and dictate the narrative, while trying to convince others that they are backwards or too stupid to “get it”. The problem with the fact that they are pushing this call to violence is that they are sincerely hoping that some unhinged psychopath may feel justified by their constant signaling and act to eliminate a man that has been labeled a scourge to humankind.

As we all know, this is nothing more than overt dog-whistling from the left. Death threat after death threat ad nauseam. Those evil leftists are just hoping that someone will take the baton and run with it if the impeachment playbook does not accomplish their minimum goal of removing him from office; however, they would be so much more ecstatic if they could complete their ultimate goal and pull off the three D’s: deracinate, deconstruct, and dehumanize; all of which contribute to same endgame: White Genocide, which also includes President Trump to be sure. That is what they want for all White people, and it’s something they try to accomplish on a daily basis.

Remember, hating Trump is hating you; we are indistinguishable to the left. He is an evil White racist bigot homophone misogynist just like you, and that is all the justification that they need to carry on with our destruction. They see it all as a sick and twisted sort of  revenge, where death, and only death, is payment for our original sin of being born White.

“I’m nervous with this election, I saw the headline today: ‘Race tightening, Trump ahead in Ohio and Florida.’ If this race is even the week before the election, somebody is going to have to go out there… Why do you think they let Hinckley out?”- (((Bill Maher)))