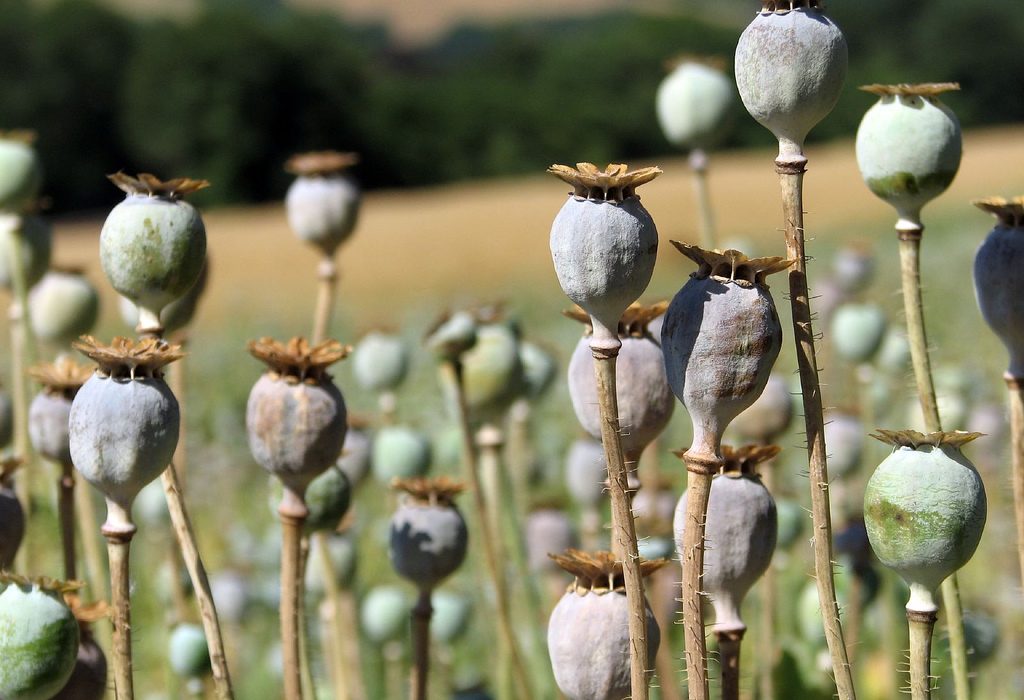 Opium Has Become The Opiate Of The Masses

More White Americans are dependent on drugs than ever - why?

Whether or not positive attributes are revered by a culture, good traits of character are objective and will always be the same. Today in ‘Weimerica,’ drug addiction, self-destruction, and weakness are romanticized in popular culture through the archetype of the martyr and the emphasis on bodily pleasure and material gain. Our politically correct culture sells gender dysphoria and obesity as positive qualities as we’re told to embrace our flaws and define ourselves by them. To Hollywood, nothing is sexier than drug addicts, especially death-obsessed heroin users like Kurt Cobain. This is what they promote to an impressionable generation of Whites who already lack understanding of a deep-rooted meaning in life, therefore no epidemic is more probable. Paired with the disdain for White culture and history in mainstream academic institutions, their goal is revealed, and that is to get us to ‘check out’ on our own, so to speak. For the intense individuals, suicide, although tragic, is depicted as righteous in a way, and a thoroughly analyzed option in this life. Or, as an alternative, we can simply mask the instincts that tell us our modern lifestyle is not in accordance with nature by taking prescribed drugs daily.

From a capitalist standpoint, politicians have a reason not to address the drug epidemic, which is that it would give Big Pharma, the suit-wearing dealers, a bad name. Big Pharma is a trillion dollar industry, and the goal of capitalists is profit by any means necessary. Yet, this ‘capitalism’ was not always the economic model here in America- we once had a free enterprise where hard work and useful inventions were cherished. Now, we have capitalism in the literal sense of the word: the merciless quest for selling more ‘units,’ a system which trickles down and poisons our culture, in turn creating a population that worships money. In most cases, it doesn’t matter to capitalists what they’re selling or how it harms us or our environment. We can support policies designed to slow down such destructive forces, but ultimately, whichever spout is spewing the most cash will be pandered to by our political system. We mustn’t be afraid to recognize the influx of opiates, for example, as a kind of warfare on our people. Historically, opium has been weaponized against populations and used similarly as a means to reach a political goal. In this context, our government does not have our best interests at heart because they can’t, even though out of the 40,000 people who died from drug overdoses  “up to 60 percent of these deaths come from prescription medication” according to Robert Pearl, M.D.

Widespread chemical dependency is an inevitability in the modern world and more so, dramatically, in our culture today; not only is there perpetual insistence away from tradition and family which isolates individuals and distracts them from embracing their natural instincts, but there’s also never been a medicine industry so huge. It is all part of a divide and conquer scheme.

Once the traditional family is broken and money is set on a holy altar, people become restless. The next step in this equation is simply to drug them. Doctors and so-called ‘psychiatrists’ diagnose normal human emotions as ‘chemical imbalances’ and prescribe sedatives to suppress them, and even deal out additional medications for each side effect one suffers from as a result of masking human emotion. In other words, if one is stressed out by the prospect of meeting new people on a daily basis, or is overwhelmed with college debt at the beginning of their adult lives, it is not because this is totally normal according to psychiatrists- it is the effects of a mental illness or ‘chemical imbalances’ which one could surmise exist simply because one is reacting to stress and/or sadness brought on by a modern lifestyle. Even without such symptoms, young boys are put on Ritalin and Adderall to make them behave like robots in school and get used it early. ‘Nip them in the bud,’ so to speak, and they’ll become permanently incapable of self-sufficiency.

Among adults, at least one out of every handful is either an illegal drug user, a ‘medicinal’ marijuana toker, a drinker, or a pill patient. Legal users of antidepressants and opiates alone make up 13% of the population as of 2013, millions of whom in the latter group go on to developing habits, even progressing to heroin use. Karl Marx famously called religion the ‘opium of the masses.’ Today in America, an increasingly vacant nation in spirituality as it were, opium itself it wreaking havoc on White Americans in droves. Arguably, this is the result of an absence of collective spirituality and its replacement, material religion or the worship of money. At its altar we are merely slaves, yet shrouded with facades of independence, dignity, and overwhelming material comfort by the money-printers. In a world where money is the most popular god, medications, diagnoses, and so-called ‘scientific evidence’ are used to justify the mass-drugging of a depressed and anxious society, ensuring a continuation of this mindless worship.

Basically, if we instinctively recognize that our society repudiates nature, we are likely said to be suffering from a chemical imbalance, a mental illness, whereby we are given a pill in order to carry on. This causes us to become even more dependent and less likely to change ourselves for the better, or wake the hell up in any sense. In this context, drugs don’t fix any problems; they merely mask them by providing temporary alleviation from intense emotion. To quote Jim Goad, “antidepressants are designed to make you feel OK about the fact that cockroaches are crawling on your face.”

Furthermore, isn’t it timely that in the same era when millions of people are being prescribed opiates by doctors, our interventions in the middle east caused a boom in opium exports which have thereby been imported through multiple fronts into our country while our most lax-on-the-border president is in office? And the heroin epidemic, killing over 50,000 in 2015 goes unaddressed by this president, who instead would rather, for example, lionize Black Lives Matter? Heroin kills mostly White people- an 114% jump in the last decade, and it’s not taking place only in cities, but is frequently exported into the suburbs and small-town America as well where there is a demand among prescription opiate users who have run out of pills and/or funds. Richard Fochtmann, a Jewish Democrat in Maine implied this is a good thing. ‘Yeah, great,’ he said, white men are killing themselves. And bit by bit, the mask slips off. They want us dead, plain and simple. And it seems that many of our own people are flirting with death on their own as well.

Depression, anxiety, and restlessness are to be expected while the world around us obsesses over individual financial gain. Yet, taking drugs, legal or not, to temporary separate ourselves will only worsen the cycle of entrapment. Idols put in place for us to worship are in most cases false, especially if they’re coming from the machine of Hollywood or major record labels. What is promoted in this context is death. As happiness is defined as material success and the modern way is made out to seem like the only way, martyrdom is considered the only way to rebel, the only way to escape. In a way, it’s the manifestation of the Christ archetype. But, again, it’s an empty promise, one that only plays into the hands of those who hate us, and in so many cases eliminates smart and sensitive individuals who could otherwise join us.

Only by keeping a clear head and direct access to emotions does one have any chance of finding proper role-models and overcoming the detrimental modern worldview. Every day should be used to make ourselves more independent from the lifestyle which causes anxiety and depression. By reading daily, learning skills, becoming more self-sufficient, and putting ourselves in the context of an ancestral story, we have a chance of achieving freedom; yet, no such thing will be achieved as quickly as the effects of a pill are felt. It takes time, intellect, effort, and strength. When we begin to separate ourselves from the modern world, truth, freedom, and identity await.