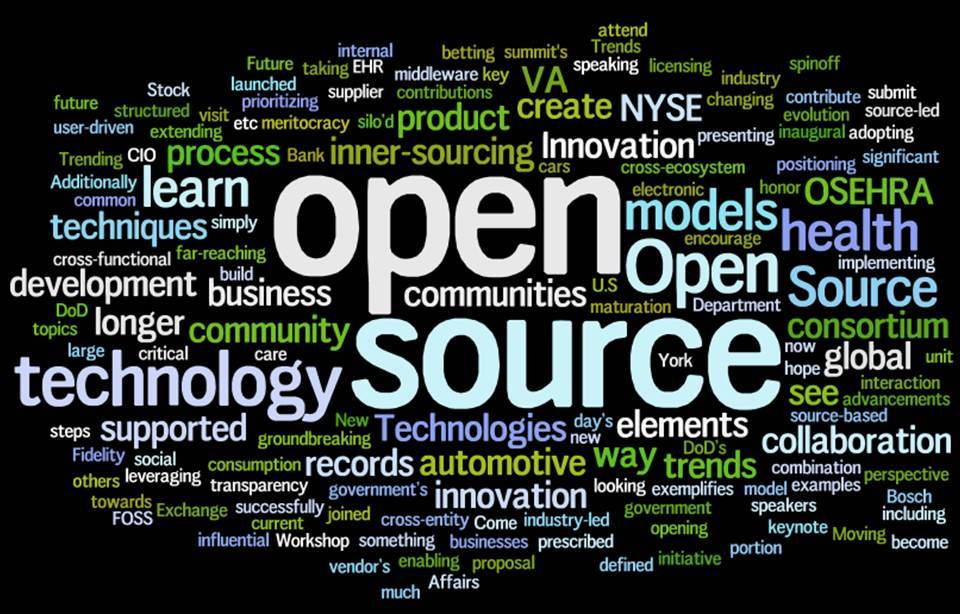 Nationalism is alive and growing in many forms, and as a consequence of that growth we must consider strategic choices, much as other major movements and organizations do.

Making the right decisions concerning open source, and applying open source wisely, can be an entry point to fruitful contacts with anti-globalists around the world.

Nationalism is alive and growing in many forms, and as a consequence of that growth we must consider strategic choices, much as other major movements and organizations do. Our strategic choices mainly pertain to organisation and methodology, and no reason exists to try to change this or to discuss the topic of technology for technology’s sake, but one exception is evident: we need to choose a particular type of technology, whose case I will argue.

The technology of open source is, at present and in principle, a complete platform, amenable to usage in nearly all combinations and for all requirements, and which satisfies the highest requirements for functionality. The idea of open source is software which is in itself free of cost and transparent with regard to its source code and documentation, and whose originator’s business model is consultation regarding the software itself and its applications.

With open source, we can achieve control over our destiny in a fundamentally different way and on a higher plane. The media and other inimical organisations have already built their platforms, but we don’t have to copy them. On the contrary, we can learn from their mistakes and do better. Open source requires a higher level of competence for its development and use, but it is exactly that competence which we need and must seek out. Such competence and other high-level faculties are key to rolling back the enemy. Sheer necessity also drives us: no power transfer in history has occurred with compliance or consent of the entity being displaced. Power transfers happen because a more competent adversary makes sure to carry it out.

Furthermore, open source technology affords us control over our integrity and confidentiality. A whole subculture within the enemy’s ranks makes both a business case and a living out of persecuting individuals among those of us who hold unpalatable political opinions. It is hard to have faith in the willingness of large, software-based companies such as Microsoft, Google, Apple, or Facebook to truly oppose the enemy on an institutional level. When he comes calling for information about troublesome political malcontents, they are more than willing to comply, even offering information which has no connection to any sort of criminal activity.

But open source software for cryptography and security is also open with respect to its source code and functionality, and hence it can be tested by a collective of knowledgeable enthusiasts the world over. We can close and lock the door to the enemy in a completely different and robust way with open source of this variety, and the enemy can call on Microsoft or AT&T for assistance to no avail.

There is nothing as much fun as finding faults in what others have created, and this motivation gives open source great leverage in the process of bug correction and testing, providing a sort of leverage with which Microsoft, IBM, or anyone else can never contend when they assign their salaried workers to accomplish this. For those who are interested, Eric S Raymond’s book, The Cathedral and the Bazaar, is recommended reading.

Moreover, we can start up a new battlefront altogether – the front on which the war for our jobs and our wealth throughout all of Europe and the Occident is being fought. Jobs and wealth follow from competence, and a militant determination to obtain and develop that competence locally and in conflict with national and transnational organisations across the world. Part of what the enemy does to alienate and atomise us using globalisation as a weapon is to separate us from such important knowledge and skills. Their ultimate purpose is to turn us all into disposable and replaceable cogs in a machine, as identical to one another as lumps of sugar, and under the constant threat of being victimised by offshoring and outsourcing. Open source gives us the option to reserve such skills for our own local communities, in particular, software competence, so as to prevent large-scale job transfers out of the Occident which can take place with the stroke of a pen in a boardroom. Software competence is critical toward this end and is strategically important for our future. It would also be a wise idea for nationalists to be the ones to lead the struggle to keep our jobs here, in our own lands. We can expect greater and wider support for this effort as a tributary of the ideological mainstream.

Anyone is free to call me a visionary or an escapist, but my contention is that we have potential friends who we have simply failed to discover as of yet. Making the right decisions concerning open source, and applying open source wisely, can be an entry point to fruitful contacts with anti-globalists in China, Japan, and Korea. Public opinion in these countries, which are nowadays highly developed, holds a fair measure of scepticism against globalisation, a scepticism which is reflected in the high-level strategic choices of their software platforms. The People’s Republic of China has given political priority to the open source operating system Linux, which is rooted in UNIX. The Korean telecommunications corporation Samsung uses the Android operating system, which is derived from Linux. Which possibilities for collaboration currently exist are probably determined by the scope of our collective imagination, but it is up to us to take a chance on it, and favourable auspices are already in place considering that the Chinese, Koreans, and Japanese are as tired of globalisation as we are and equally sceptical of the idea that major decisions having ramifications for their wealth and daily lives should be taken behind the opaque doors of distant headquarters.

We do not face the media, government, Microsoft, IBM, or any of the others alone, and we can make sure they do not always get their way, as they have up to this point. We hold part of the solution in our own hands and brains if we can make use of open source wisely and strategically.

TopicsglobalizationOpen sourcetechnology
Share on FacebookShare on TwitterShare on RedditShare on VKontakte