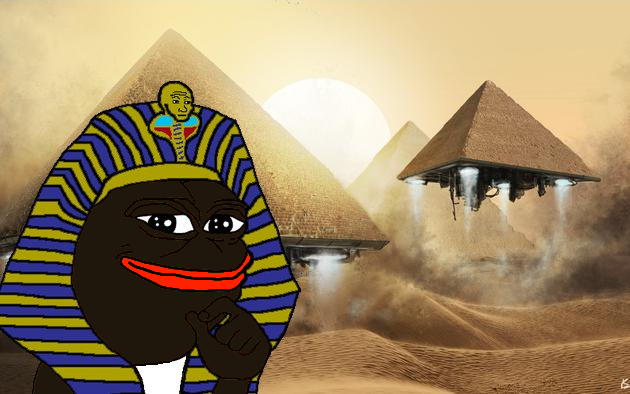 Trey Knickerbocker6 years ago80 comments
We wuz kings of Egypt while whiteys were livin in da caves.

Denial ain't just a river in Egypt since we found out that Arthur Kemp was right all along.

We Wuz Kangz! It is a meme that we have all used 100’s of times. It comes from the Black Egyptian hypothesis, which was based on a bunch pseudo-intellectual leftist people claiming that Ancient Egypt, without any real proof, was founded and cultivated by Black Africans. We are supposed to believe that a group of people that did not have a written language, no building over two stories high, or how to harness the power of the wheel, suddenly overcame some of the lowest average IQ’s ever recorded, and built one of the greatest and most complex civilizations in human history. Seem plausible? I did not think so. 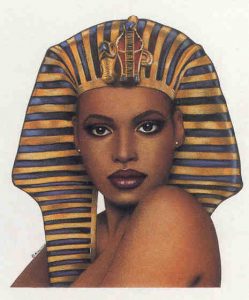 We’ve had overwhelming evidence to the contrary throughout most of recorded history. Any evidence that contradicts this hard evidence in favor of the Black Egyptian hypothesis is usually from the later dynastical periods when the Black Nubians started to invade, or from anecdotal stories from historians describing what the “Egyptians” looked like at that time in the last centuries of Ancient Egyptian history, well after documented race mixing had already begun.

You see, the problem with the Black Egyptian hypothesis is that is has been used by the people who hate us to deconstruct, deracinate, humiliate, and disparage us. The story basically breaks down as such: Blacks invented Western Civilization and then those evil Whites came swooping in as per usual and stole it all and then took all the credit. In other words, Whites have always been the amoral bad guys in history. This has been a vicious methodology that has been used as a tool to dehumanize and justify committing acts of violence on us. I have heard this insane propaganda in one form or another all my life.

Some of the best hard evidence in our favor was from the Authur Kemp called, March of the Titans: The Complete History of the White Race. It is truly a red-pilling historical work as most of you already know. In March of the Titans, the author details with a large amount of verifiable evidence that Ancient Egyptians were White. Of course, the chattering classes and the (((media))) would not allow this scientific evidence to go unsullied. You don’t want those goys getting all uppity!

Excerpt from the prologue of March of the Titans:

“If a civilization allows large numbers of racial aliens into its midst (most often as laborers) and then integrates with those newcomers, that civilization will change to reflect the new racial makeup of the population.

“Any civilization—be it white, black, Asian, or Aboriginal—stands or falls by the homogeneity of its population, and nothing else. As soon as a society loses its homogeneity, the nature of that society changes. This simple fact, often ignored by historians, provides the key to understanding the rise and fall of all civilizations, irrespective of race.”

Scientists Map The Genome Of Ancient Egyptian Kings, And They Weren’t From Africa https://t.co/FJu4OXw9lL pic.twitter.com/TdkTyHgdMq

Now, we have undeniable scientific evidence that Ancient Egyptians were more closely related to Europeans and not Sub-Saharan Negroids. In fact, they are not even closely related to the so-called “Modern Egyptians”. It is astounding, to say the least. And after reading the prologue above, we now know what their fate really was, and why it is a fate that we must absolutely avoid.

It is obvious to anyone who is objective that Whites are the Alpha and Omega of civilization; the debate is over and has been for quite some time. This Ancient Egyptian controversy has been a long arduous battle that we must never forget. Our enemies have for the longest time tried to say that we are not a people, merely a social construct, and “Whites” do not really exist. But as we can see, history just became so much Whiter thanks to our very own scientific method and Aristotelian logic. Game, set, match! Commence the deafening silence.