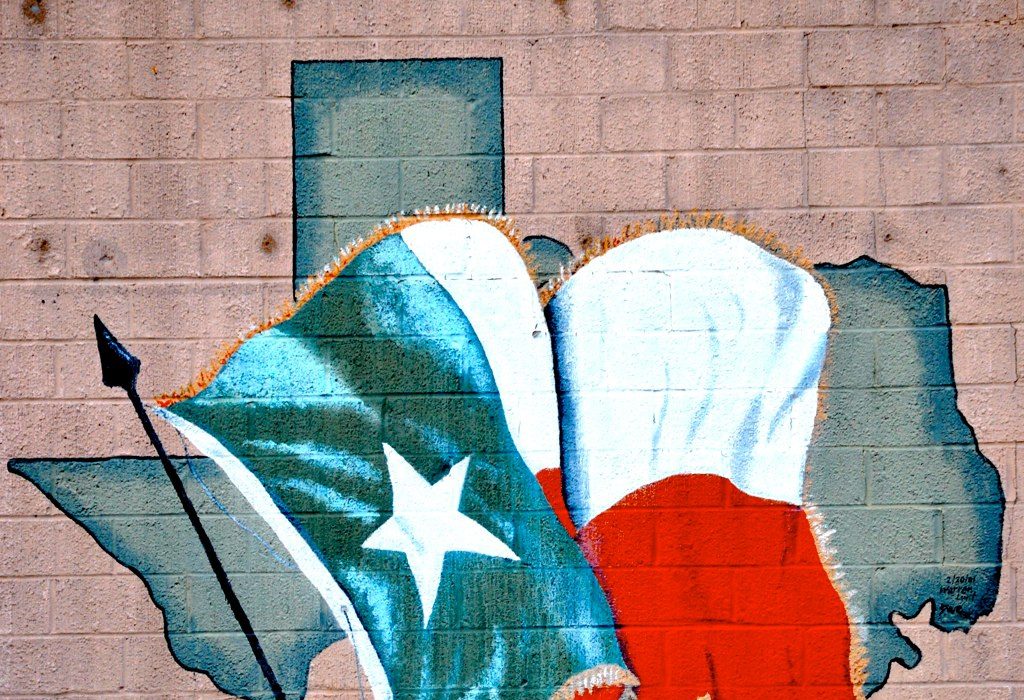 The Lone Star State cowboys up against the third-world invasion

A noticeable paradigm shift is taking place in the United States right this moment. Whites are beginning to stand up for themselves and their own interests at levels not seen in a very long time. Shhhhhhhhhhh! Keep it down! I know that we are not supposed to do that cuz reasons. We are only supposed to support immigrant rights, homosexuals, or Black Lives Matter, right? Moses brought those commandments down from Mt. Sinai, and ye shall obey, so sayeth the Psalms or something like that. Don’t wanna be called a homophobe or racist, no way. And words hurt, remember? Nevertheless, it is happening all over the country in places like Charlottesville, New Orleans, and now Texas. There is a slow rumbling that has begun to crescendo like the saccharine symphony of Manifest Destiny.

Today on the Texas house floor, an argument ensued due to the violent protest of a law that would force everyone in the State of Texas to comply with federal immigration laws, meaning no more sanctuary cities. Unfortunately, the Tejanos’ sensibilities could not be appealed to, so they called for an immediate sacrifice to the Sun god. These people were extremely insulted because this law is a direct assault on their unrestricted free entry to the U.S., and the unlimited gibs that they have grown accustomed to. Who is going to make all the gringos their burritos, right? So what if you already have the recipes, you cannot read them because they are in espagñol, comprende?

Some of the more BASED Meztizos even attacked a State Representative named Matt Rinaldi because he called ICE due to all the protestors who were attempting to disrupt the legislative session claiming to be “unauthorized invaders”, or “immigrants”, not exactly sure the difference?

A statement regarding today. pic.twitter.com/M0BcBXa43P

Is threatening to attack someone a crime? Not in da hood, so shut your mouth, esse.

My takeaway from all this is that it is just plain refreshing to see White people sticking up for themselves rather than cowering, hand-wringing, and apologizing.  Do it legally, but stand up for yourself. And if other Whites see our people in need of aid, stand tall and assist your brother or sister. On a sidenote: I highly recommened MMA training to everyone reading this. I know I’m preaching to the choir, but stop being a SWPL playing soccer and start learning how to be a fighter.

Remember, Texas is the largest Red state in the country; however, it is about to become a majority Hispanic by the next decade or so.  The result will be that no Republican can or will ever become president of the United States again. Like California’s prop 187 , which was called by Art Torres, “the last gasp of white America in California“, these attempts in Texas to change the status quo in the current paradigm seem futile at best. Nevertheless, this is why it is hugely important for Donald Trump to restrict all immigration, both legal and illegal, because if he does not the Southwest will be demographically gone, and Whites will exodus in droves. Think California; Hoover, Nixon, and Reagan all came from California. A current Republican today is not even considered a threat to win. Whoever the Democrats want wins the state, and this has all just happened in the last 30 years.

The deluge of legal and illegal immigrants have culturally enriched us by them occupying large swathes of our country, forcing us to learn Spanish to find a job, taking over huge sectors of employment, reducing funding for our elderly and children, bankrupting school districts and hospitals, and driving up home prices to record levels. We must keep asking ourselves, “What is in it for us?!” To me, the fact that we are even having a debate about whether they should stay or go is farcical. They do not belong here, they are not Americans, and they have to go-plain and simple. We do not need to disparage them as rapists or criminals; they just have to leave. We will clean our own toilets (at a much higher wage).

My solution is that we must stop supporting these invaders at all costs.  That usually means financially, both via business and charity. Start building alternative networks and supporting your own people, not theirs.

We must be vigilant. No one is going to help us or mourn us when we are gone. They will likely dance on our graves and say good riddance. They will destroy every statue, change every street and city name, and rewrite our history. We should not make it this easy for them.  Remember:

“A man will fight harder for his interests than his rights.“-Napoleon Bonaparte