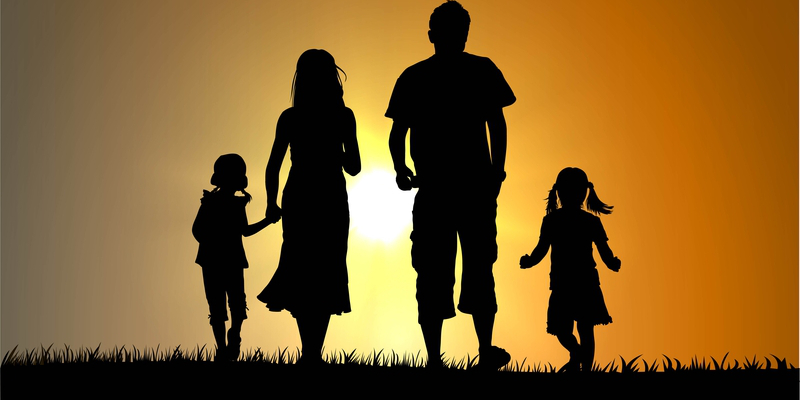 Nationalism — How to Get the Middle Class on Board

In point of fact, and to my way of thinking, we are in the process of exiting the heroic stage, and on our way to entering into a situation where we will hold real power to effect material change in a hitherto misgoverned world.

Nationalism has made spectacular progress in a short period of time, after a long spell of frustration and seeming stagnation. The time of frustration has by no means been wasted – thinkers and writers on this site, and on many other equally valuable alternative media, have carved out a philosophical basis for Nationalism that serves as an excellent basis for progress.

In point of fact, and to my way of thinking, we are in the process of exiting the heroic stage, and on our way to entering into a situation where we will hold real power to effect material change in a hitherto misgoverned world. This will place new and different demands on us. A very good time to start discussing the character of these demands, and how we should match them, would be right now. This is an attempt to get that discussion rolling, hopefully with the participation of sharper minds than my own. If scholars who are more well-read in the Identitarian philosophy of Nationalism than myself would think it meaningful to contribute, then this text will have served its purpose.

The Middle Class is Crucial

We have seen sensational events in favor of our cause happening recently – Brexit and Trump’s presidential election victory. Analysis of these will continue for years, but the message to me is that they happened through changes of mind in segments of the public that do not naturally identify as nationalists. This is extremely inspiring and hopeful, and we need to pick up on this in ways that are adapted to the target group, the group where the most minds changed – the middle class.

By the term of ‘middle class’, I will identify that stratum of the population whose members have a college education or higher, who are socially well established, and who are salaried, even highly paid, but not usually financially independent or mainly living off return on capital.

The middle class will need approaching, and convincing more firmly, in ways that are clearly distinct from the ways in which we, the more original nationalists, were once convinced. We need a major re-think, not in what we believe in or in our ideas, but in the way we package and market them to these new constituents and future supporters. For years, we have hammered out philosophical standpoints with dialectical and academic approaches.

In this we have, at least in some sense and in the main, been preaching to the choir. I mean no criticism by that and I wouldn’t want to be without the philosophical foundations that we have laid for the world, all I want to say is that we now need to complement that methodology – it is still needed – with a methodology aimed at a target group, the middle class, that will never see things through philosophical eyes. They are as smart as we are, and if we should ever think otherwise, we will be sorry for it. They are just different and they need to be approached differently.

Use the Enemy’s Methods off the Shelf

There is no reason to re-invent the wheel, or to be vain or stupidly proud enough to waive the enemy’s tried-and-true methods of communication. We are well aware of how the enemy has driven his points home through endless repetition of his chosen themes in his media, with exactly his angles, in meticulously selecting news and reports that corroborate his deceptive narrative. We know how he has worked for years and years to make his particular points of view the only socially acceptable points of view, through clever interplay of metapolitics and regular politics, with metapolitics leading and regular politics following.

We just have to repeat this, with our content and on our terms. In the media world that we are building, we have to report our selection of news, and we have the advantage of having a huge and ever-replenished stock of convincing news items to draw on. We have to to do this with the same technical, linguistic and editorial quality as the enemy, and then some. We should make sure to differ favorably from the enemy and his media by never telling any falsehoods, or even presenting news deceptively. Our case is just strong enough that we don’t have to – our news and our facts will convince on their own merit, and all the more so if we pick them and package them right. We have to wrest credibility away from the enemy and his media, and attribute it squarely to ourselves. We need to be better than the enemy at communicating with the public, and still package everything in formats much like the enemy’s, formats that are nice and recognizable by the target group.

Moreover, we need to report on most everything in general, not just the immediately politically relevant. We need to replace the enemy’s media totally, and become the middle class’s one stop shopping for all kinds of news, stories and debates. We need to report on sports, the weather, economy and stocks. We may even be left with no other choice than to also have to report on the Eurovision Song Contest (I KNOW this rankles). All in all, this is a big scale-up.

The enemy has led the way in opening up for personal media attacks on physical persons, and there is no reason why we should be maudlin about doing the same for our political adversaries – in point of fact, we should go one tick further because personal attacks draw a lot of public attention. They can help present a story about something more profound and interesting, for which the personal attack is just a means to an end. We need to be distinctively better than the enemy at coordinating hot news items with social media, and to time them so they have maximum impact. Friday night, when a victim and his press secretary are off their political shift, is an excellent time to break a compromising story about him – hopefully as part of a greater context that needs illuminating.

We need to have a streak of humour show up here and there in what we do when we present our side of things to the public. We need to build media personalities that engender trust, without having any silly personality cults around them. Preaching and lecturing need to be avoided like the plague. If there is cause to question or criticize politicians of our own fold, we should do this – and also make sure that the criticized gets to have his public say on the matter.

The enemy could do much of all this, and get the middle class on his side, because for years he had uncontested access to their consciousness through his media. No longer. The middle class is malcontented and restless. They are ready for change – not Obama’s make-believe change, but real change. The sooner we can make our media crowd the enemy’s media out, the sooner we can make change happen. On top of all this, the traditional media business is also financially troubled. This is all the more reason to go out and meet them head-on. They are in retreat before we have even started on them in earnest.

From Metapolitics to Regular Politics

With metapolitics well under way, regular politics can pick up on the practical side of making the word become flesh. This is already happening in many quarters, and it would be harebrained of me to try and devise any one-size-fits-all policy for all purposes in all locations where Nationalism is picking up. There seems, however, to be a few themes that are a cause for concern irrespective of context.

Our policies will need to be comprehensive and coherent. Constituents will come for the political novelty that we offer – end to mass migration, anti-globalism, a clampdown on criminality, the resurrection of the national state – but they will stay on because of our ability to deliver practical results in ALL political fields.

We have a high degree of motivation to further our core ideas and core values, let us just be aware that they travel together with our ability to think meaningfully about, and deliver reliably on, garbage collection, public transportation, credit regulation and a host of other thankless, unglamorous political endeavours. They will fail or succeed together. For all aspiring political movements who feel that political change is long overdue, now would be a very good time to think about and plan ahead for these innumerable details, which in the aggregate make or break governments. Our core ideas are worth the very best companionship of handling uncontroversial but vital day-to-day issues. Consistently resolving them is big-league politics’ ticket to ride. The middle class, the key to political power, will be content with nothing less.

Our political representatives would, ideally, be academics without academic bearing or demeanour. They would speak plainly about middle-class concerns, they would be forthright about difficulties to come, and they would have concrete suggestions for solutions. They would speak about Nationalism’s more profound philosophy only when called out by mainstream media with allegations that they have no real ideology. Mr. Trump, Mrs Le Pen, and Mr Farage have also shown that there is a market for confrontational rhetoric and that controversy sells. Of course, mileage may vary between constituencies.

Even if successful but empathetic business leaders are somewhat useful role models, the middle class has learned to contemptuously see through corporate B.S. and there is no room for it in a nationalist politician’s rhetoric. You don’t get to stay in the middle class and hold the qualified job that this implies if you believe all that you hear and if you exempt yourself from the independent, critical thinking that is your livelihood. Our political representatives need to reach out to the middle class with these auspices in mind and try to emulate their listeners’ critical, logical, practical mindset. In doing so, they will have a fine head start on the deadpan, manage-the-media-trained apparatchiks of the Old Guard’s political organizations.

Some of what I have written may seem ridiculously self-evident. Some of it may be a cue to action for anyone who feels these issues need addressing in the public discourse. I would, as always, welcome a follow-up discussion.

Topicsnationalismpopulism
Share on FacebookShare on TwitterShare on RedditShare on VKontakte