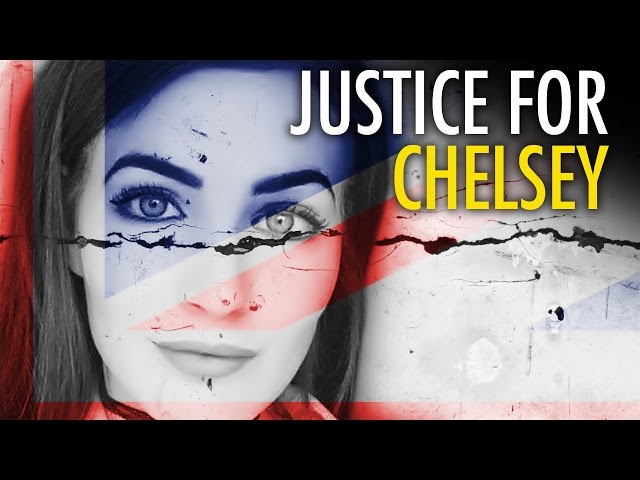 The Justice for Chelsey Wright campaign is about to plan their biggest rally.

What happens when the police repeatedly fail our people?

The campaign to bring justice for Chelsey Wright is continuing to gain momentum – despite a complete blackout by the establishment media.

Who is Chelsey Wright? She’s a young mother-of-three from Sunderland, England. Last September she was the alleged victim of a vicious gang rape by six Syrian and Iraqi “migrants”, who, she claims, abducted her after spiking her drink during a night out.

According to Chelsey, who later described the attack on social media, the next thing she remembered was waking up in a strange bed-sit with no memory of how she got there, lying to next to a man she didn’t know. She had been undressed and assaulted, and she quickly realized she had been raped.

Chelsey stated she tried to flee, but the unknown assailant wouldn’t let her out of the room, beating her and laughing at her attempts to escape. She says she was then pinned against the wall by her arms and was told that her throat would be slit. Then that she was kicked down a flight of stairs and dragged back up by her hair. Eventually, she managed to break free and run from the house.

The next day Chelsey underwent a full rape exam, which uncovered two counts of semen, one of them inside her body. The exam also showed extensive injuries and traces of Rohypnol, a date rape drug.

Surprisingly, the fact that the alleged perpetrators were “migrants” was reported in some national newspapers, such as The Sun and the Metro. This resulted in a demonstration by the Sunderland Defence League a few days after the attack, which, somewhat astoundingly, was met with a counter protest by “members of the Asian community”.

However, the assault itself wasn’t the end of Chelsey’s nightmare. Following the incident, Northumbria Police raided the bed-sit Chelsey identified and arrested the six immigrants living there. However, the police released them soon after, even moving them into a safe house. They then subsequently dropped the case.

Feeling completely let down by the police, Chelsey decided to give up her anonymity in order to raise awareness of the case, setting up the Justice for Chelsey page on Facebook. Her cause was subsequently taken up by other English activists, such as Tommy Robinson, as well as the local people of Sunderland. On May 13th, they held a march through the city streets, which was attended by over one thousand people. The march culminated at the local police station, where Chelsey herself handed over a petition signed by over 50,000 people demanding a full investigation into the attack and apparent police failings. The petition has now gained over 70,000 signatures.

A second march is planned for Saturday , June 10th, when the remainder of the signatures will be handed over, which the organisers hope will have then risen to over 100,000. You can make your signature one of them by signing the petition here.

Chelsey’s case comes at a time when British public confidence in the police is at a low. Since 2012, it has been revealed that multiple police forces ignored Muslim rape gang networks for “fear of being called racist”, effectively abandoning thousands of young English white girls to a life of helpless abuse. More recently, following the Islamic terrorist attacks in London and Manchester, the police have drawn criticism for seemingly prioritising virtue signalling to Muslims – and scouring Twitter for “hate speech” – ahead of doing anything to stop the next attack.

Fortunately, more and more people are doing what the police and the political establishment are failing to do – demanding justice for women like Chelsey Wright. The next demonstration will likely be even bigger than the last – and soon even the anti-white media won’t be able to ignore it. If you can, please join the next demonstration on June 10th, or, if you can’t, please sign the petition that will be handed to the police.

Let’s help Chelsey get justice for this horrific attack. Because if we don’t, who will?

The most implicitly White rally since the Royal Wedding.