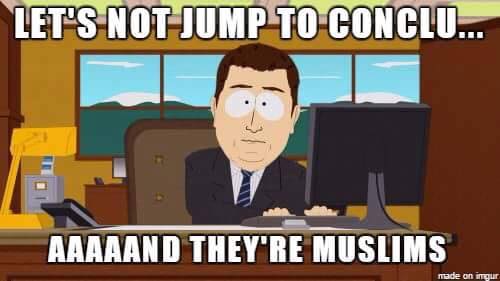 Vibrant diversity is imported in to project power out.

It is eerie how bad Western governments are at preventing these Islamic terror attacks.

Take the Manchester attacks that happened recently. MI5 knew about the terrorists because they had helped them to travel to Lybia to overthrow Ghadafi.

As far as I can tell, the “Invade the World, Invite the World” approach to Western migration policy is actually a powerful tool of empire-building. I’ve written about this before back when I had a blog, but about America:

After Iraq and Afghanistan, the United States started to accept thousands of Iraqi’s and Afghans. (Collaborators and their families who would be strung up if they were allowed to stay.) This is tied in with keeping America’s word to these local populations- and establishing a reputation as a trustworth partner. It gives local collaboraters an incentive to cooperate if they know you’re not going to throw them to the sharks after the fact.

This may at first strike you as a bad policy (and it is in some ways) but it is not an illogical policy.

The United States functions as an empire, and likes to do what many empires used to do- use Auxillaries in the service of the state.

You can say the same about the British and the French governments. They want to be able to effectively meddle in North Africa, Africa and the Middle-East, so they allow communities to re-settle in the home country to be able to influence, prepare and use that community in their dealings with the home country.

Whether its Iranians that got ousted by the Ayatollah, or disgruntled Cubans, these are all useful Governments in Exile.

They are allowed to resettle in the United States and then work as spies, as consulting experts, as useful pawns to destabilize the regime back home.

In many cases, they are actively prepared to replace the government should a colored revolution happen.

Bingo. That’s your Manchester bomber for you:

Salman Abedi, 22, the British-born son of exiled dissidents who returned to Libya as the revolution against Gaddafi gathered momentum, is also understood to have spent time in the North African country in 2011 and to have returned there on several subsequent occasions.

But I had more to say about the “Invade the World, Invite the World” phenomenon because I was writing at the time of the Orlando nightclub shooting:

In many cases, they are taught to feel a weird hybrid of Liberal Nationalist sentiment.

Like all immigrants, their children either drown in consumer cosmopolitanism or develop a powerful sense of Nationalism for their home-country. They feel the need to rediscover their identity, and so they latch on to the identity of their homeland, and become even stronger patriots than their parents- who’s idealistic view of their home country has been tempered by actual experience with their own countrymen.

Their children do not have these experiences, and have in fact been presented with the best of their culture from a little suburban time-capsule that their parents and the expat community have provided for them since early childhood.

These kids grow up adopting Western habits though, thought-patterns, values and develop either an animosity or a loyalty to the United States. Either way, they can be used. Their Nationalism or their Liberalism can be tapped, and their feelings of rootless volkwanderung can be used to effect social and political changes back in the Urheimat…

I’m talking about the Expats. Exiled communities of political dissidents from sensitive hot spots around the world where US Foreign Policy has taken an interest.

The United States lets in these poor huddled masses longing for a coup in their homeland to restore them to power in the future and prepares them for the spotlight.

This used to work well- and arguably still works. But you need to have a powerful vision of Empire that you sell to these people to make them loyal. If the Empire starts losing faith in itself, and its values, its Auxillaries start losing their loyalty.

I pointed out that Omar Mateen’s family was from Afghanistan, from a Pashtun tribe. His father is an open supporter of the Taliban who emmigrated to the United States in the 80’s.

Why were the Tsarnaev brothers in Boston? Part of a Western-backed Islamic Chechen faction that fled Russia, of course.

What were the Saudi 9/11 hijackers doing in the US? Ah, now that one’s a bit trickier, isn’t it?

Is the story about the Manchester bomber, Salman Abedi, any different? He and his clan were fighting Ghadaffi, so MI5 cultivated them while in the UK. And like a mad dog on a leash, they let them go off after Ghadaffi when the time was right.

The only problem with mad dogs is that they occasionally turn around and bite the handler. As far as I can tell, the British government thinks that 22 dead children is a fair price to pay for Imperial ambition.

In general, it looks like the Western governments are losing control of their assets. What made Salman and his co-conspirators snap? Did the Brits renege on an agreement that they had with them? Were they promised more than they received for their services? Has the UK started supporting a rebel faction in Lybia that they don’t get along with?

These are the questions that we should be asking. Internal migration policy has become an extension of external power projection in the West. Every time there is a terror attack, we learn about yet another foreign Muslim faction that the West has supported abroad, and subsequently managed to piss off.