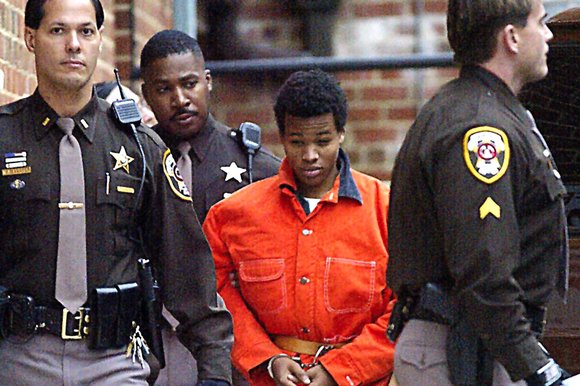 BASED Black judge helps a brotha out

The racist American justice system that oppresses all minorities because it is run by a bunch of white devils finally reversed another horrible miscarriage of justice against another oppressed Black man whose only crime was to murder 17 people, no biggie. Back in October of 2002, the nation was gripped with fear as the first American sniper in my memory was randomly picking off mostly White people with a high-caliber rifle. The murders were committed and largely concentrated in and around Washington D.C. and Baltimore over a three-week-period while White people were doing implicitly racist activities, like pumping gas.

Over-achieving, scholarship-worthy, honor roll student, convert to Islam, and Jamaican immigrant Lee Boyd Malvo and his associate, John Allen Muhammad, whom Malvo later claimed sexually abused him in true Muslim fashion, went on a murder spree, where 17 people were executed mostly in broad daylight using a Bushmaster XM-15 rifle. The wrongs that these two Jihadi freedom fighters were trying to right was explicit White racism. Their plan, as Malvo later testified in court, was to kill 6 White people per day for 30 days. 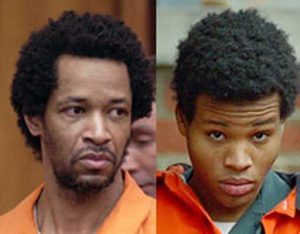 A nationwide manhunt took place to find these maniacs. The police seemed baffled and were not making much headway in the case. The reason, as we later found out, was because they were looking for a White suspect (White privilege at work there). At the time, the (((media))) had Americans convinced that black people did not commit serial killings or acts of terrorism. I heard two black men talking about these horrible crimes while I was at a bar during the time of the killing spree.

One said, “Boy, I hope they find this guy before he kills anybody else.”, and the other replied, “Well, I am glad about one thing. I know that the guy isn’t black. Black people do not do crimes like these.”

This was true of most Americans in 2002. Muslims did terrorism, and Whites were serial killers. As we know now, the latter regarding Whites is complete nonsense, but it was definitely the prevailing wisdom then.

Eventually, these two fine upstanding citizens were caught and convicted. The police apprehended them at a rest stop of Interstate 70 in Maryland. John Allen Muhammad was executed in 2009 for his role in the murders, and Lee Boyd Malvo was given multiple life sentences without a chance for parole for his. That is until a judge named Raymond Jackson had the chance to raise up his fist for Black power in an attempt make Malvo free at last, thank God almighty, free at last. 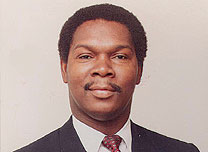 Jackson, who was appointed by President Bill Clinton, takes every opportunity to stamp out White racism wherever he finds it. In this case, Jackson ruled that Malvo’s multiple life sentences were a violation of the Eighth Amendment’s prohibition against cruel and usual punishment.

“There is no evidence in the record to suggest that petitioner was aware of the existence of this right, much less that he intended to relinquish or abandon it when he waived his rights by agreeing to be imprisoned for life without parole. Crucially, neither the plea agreement nor the sentencing judge provided any notification… that, by signing the plea agreement, he was waiving his Eighth Amendment right to a sentencing hearing in which the judge must determine whether the juvenile offender before it is a child whose crimes reflect transient immaturity or is one of those rare children whose crimes reflect irreparable corruption.”

Awww, but he was only 17 and dindu nuffin, you racists!

In the 25-page ruling, the life sentences were vacated.

Malvo is currently 32-years-old, and thankfully, still in prison pending new sentencing. The scary thing about this story is that he may be released altogether if all his continuing appeals work out in his favor. I mean, he only killed a bunch of White people. What’s the crime in that? After all, I am sure that most of them at the very least had an ancestor that used the word “niggardly” once in their lives.