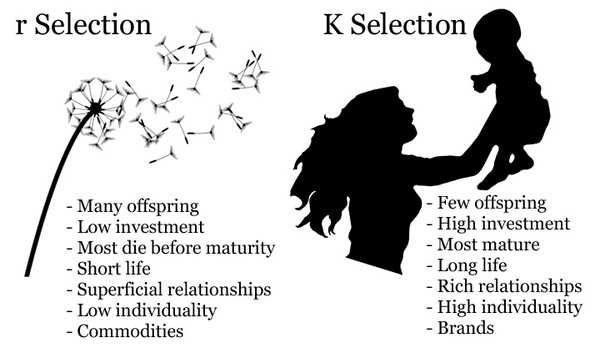 To be sure, Blacks and Browns love sex more than Whites; almost every part of their cultures revolve around it from dancing to music; the literal definition of Rock ‘n Roll is a euphemism for sex. Whites and East Asians (both men and women) on the other hand have a more consistent testosterone count over their lives, while other races peak at a higher level before age thirty and drastically decline thereafter. It is not that we, Whites, do not like sex. Most of you are only reading this article as a respite between videos on PornHub, right?  All kidding aside, there is a biological basis for all of this.

I had a recent tête-à-tête with a Black guy that frequents the same circles that I do. He considers himself “woke” and always attempts to impart some modicum of enlightenment on me regarding the Black experience. The problem is that I frustrate him every time he talks to me because when he does it I either echo and amplify, counter-signal, or make fun of him until he goes away. In NYC, he is used to dealing with cucked-Whites, SJW’s, Jews, and the non-White hordes salivating on his every word.  Don’t get me wrong, he is in no way a stupid person, and although I’ve never really heard him say anything that I would consider insightful or intelligent, I would not call his brand of logic drivel. Honestly, he does read a book or two occasionally and is not always completely wrong when he pontificates.

Until recently, admittedly, I had written off his intellectual prowess completely, that is, until our most recent conversation. During a very generic and superficial conversation, he said something to me that was extremely profound; however, he did not even realize it at the time. He told me that he has dated women of all races, but that he liked Black women the best. I’ll be honest, I was looking for the fastest exit possible at that moment because I knew that I would never get these moments in my life back again, and if I were going to stay, I would need a stronger drink. When I started to realize that no escape was possible, I made eye contact again. When we locked eyes, he asked, “Do you want to know why?” Being the provocateur that I am, I thought sure why not. I immediately said, “yes”. His response to me was, “Black women like sex more than any other race I’ve dated.” And he smiled in this sort of maniacal, Mr. Grinch Stole Christmas sort of way. I realize to many of you that this seems like a very trivial statement, but I assure you that it is not.

You see, unbeknownst to him, his statement is backed up by real science. It’s called, as most of you know, the r/K selection theory. Imagine an elephant versus a rabbit. A rabbit has as many as 14 babies per each litter, while an elephant has one. At this moment, I know that many of you are getting black-pilled, wondering where Knickerbocker is going with this, but I promise, you will be at least slightly happier when I am done if you bear with me.

The r selected animals are always going to have more offspring, it is an undeniable fact. Whites and East Asians tend to be K-selected, while everyone else tends to be r selected. Until White culture and science were exported to the rest of the world, Whites were by far the most numerous human beings on the planet. Now, we are shrinking as a share of world’s population even though there are more Whites than there has ever been in history.  Why is this, you ask?  The reason is that Whites are subsidizing the rest of the world’s population explosion-plain and simple. Whether it was because of our advances in agriculture, business, medicine, or organizational prowess, we are the reason for their dramatic increases. The people of the world should walk up to us on the streets and shake our hands only a daily basis and say thank you, White man, for my life. Their demographic explosion is thanks to us and only us.

How can we stop this madness since it is an artificial creation, you want to know? If we stop subsidizing the other races, they cannot survive in the numbers that they currently have-no way, no how. Take for example Zimbabwe, formerly Rhodesia. When Whites were running the country, it was organized and called by many, “the breadbasket of Africa”. The Blacks grew exponentially because of White intervention. Then, after becoming too numerous to control, they began to overrun the Whites and wrested control of the country, eventually chasing most Whites out for good through genocide and land grabs. Now, those same Blacks are longing for the days when Whitey ran their country because they cannot feed themselves and their living standards are dropping faster than a fat kid chasing an ice cream truck on a hot day.

What is going to happen, and what do we have to do? Probably nothing. Let’s be frank. Most jobs in our economy are only basically processing information. We can do without a bunch of women making PowerPoint presentations about Diversity. Plus, as automation increases, so will the difficulty to sell one’s labor. What will a person with a sub-80 IQ do then? This is all leading to something called a Malthusian Catastrophe, which equals war, famine, and death.

The result will most likely be that there will emerge a very determined and athletic intelligentsia that will survive and thrive as opposed to the biblically prophesied meek-trust me, I guarantee that they will not inherit the earth. Think of almost any person that most would consider a genius or even extremely smart throughout the annals of history. You know what they all have in common? The answer is very few children. Go look it up, you autistic douche bags; I am correct. However, as these people become more and more vital to a society, their sexual attractiveness will also increase. No longer will a man that lifts weights all day long while sucking down buckets of steroids and creatine and drives a Camaro be the Alpha in society. This world will be a place where true merit is cultivated and encouraged.

What will these future people look like? They will look like the supermen that Nietzsche exalted. In fact, go look in the mirror, Alt-Right. The future will look like you.