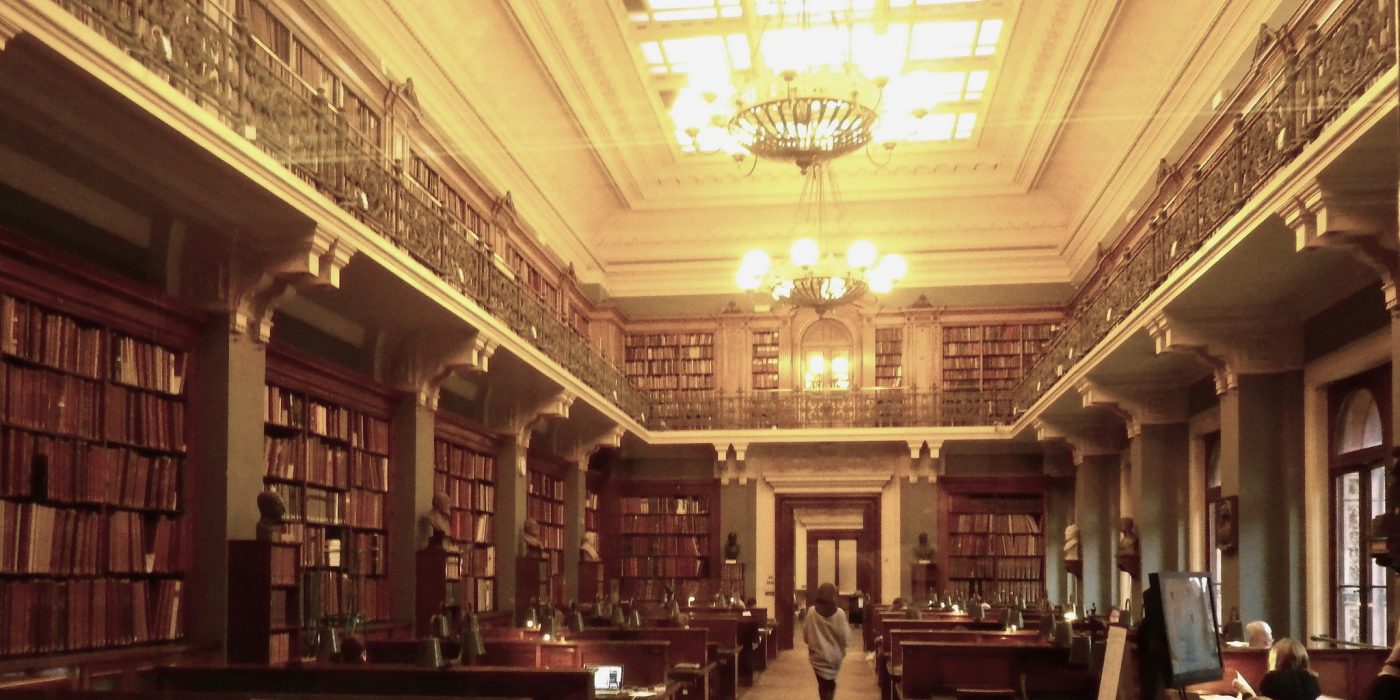 The Left Alienates Whites From Our History And Culture

To save our future, we must learn about our past.

Have you ever wondered why you have to take history in school? Why do we study literature or philosophy? People today study these subjects, so they believe, to make themselves better people, or to help them understand “the human condition.” Perhaps you were told to study history because, in the words of George Santayana, those who do not study history are doomed to repeat it. And so we proceed throughout our schooling living under a blanket of fear. Fear not only for the immediate ramifications of making bad grades, but also a larger and less obvious fear, the fear of failing to become dutiful, loyal, and patriotic citizens.

We’re often told that whites have no culture. Newly elected French President Emmanuel Macron recently said there is no French culture, there is only culture in France. He was not only wrong, he was criminally wrong. French culture is one of the great cultures of the world. But for the globalist to succeed in destroying national identities, he must attack the history and culture of the people who carry within them the very thing globalists despise. Why would anyone believe whites have no culture? Oh because young white American and European children are taught from an early age that they do not. It’s not uncommon to hear talk of black culture, Hispanics, or Asian culture, gay culture. But what if white or European culture is celebrated in the lands of our forefathers?

Saint Patrick’s Day even comes under fire for being a parade for white pride, and in The Current Year, we cannot have white pride. Black pride, gay pride, and virtually every minority in America gets a history or heritage month. But if Europeans express pride in the accomplishments of our ancestors we are chastised and told we are immoral and blamed for the root of all the world’s problems. Stripping us of our sense of history is imperative for the anti-whites. After all, if whites start to feel a sense of pride in who they are it will make colonization of white countries by Hispanic, Arab and African people increasingly difficult. The securest measure against the demographic replacement of our people is a strong connection to the enduring legacy left to us by those who came before. History, literature, religion and philosophy are not simply classes one must take to graduate but are a bulwark against those who deny us our birthright. They are weapons in the war against anti-whites.

And that is why the Frankfurt School, a group of Marxist intellectuals who fled Europe, primarily Germany, in the twentieth century for America and Western Europe, focused so heavily on the corruption of the humanities. It seems that the humanities have become something of a joke in the past twenty or thirty years. It is important to reverse this trend in academia. But what can be done immediately? The answer is quite simple, you must read, absorb, and understand the lives of those great men and women who created our civilization and who have passed on to their posterity the achievements that led us to conquer the seas, the skies, and will one day lead us to the stars.

The past month has seen Confederate statues in New Orleans fall. American patriots and nationalists have gathered to protest the destruction of our history there as well as in Charlottesville, Virginia. Make no mistake about it, these attacks on long dead heroes are attacks on the identity of white Americans. The South has, perhaps more than any other place in the United States, a strong and enduring sense of identity. Many young whites grow up with a sense of pride in men such as Lee and Jackson. Very problematic.

But it will not stop there. Remember that Washington and Jefferson were both slave owners. One day in the not too distant future we will see petitions and legal action taken to rename streets, cities, towns, states and even the DC after someone else. Someone less problematic.

It should also be expected that we will see an attack on white history under the guise of social justice in the desecration of the memories of Cecil Rhodes and Queen Victoria in the United Kingdom. Students at some of the most prestigious schools in the world have attempted to take down statues of both in recent years. This is mirrored by the desire of the left to scrub from the halls of academia, not just the world of “dead white males” but they even remove portraits of Shakespeare in favor of promoting unknown women and minority writers, who are little more than a footnote in history. But the important thing for the social justice warriors isn’t the promotion of diversity. It is the destruction of European history and culture.

History, literature, religion and philosophy tell us who we are, not because of some grand unifying universal principle, but because they place us within the bounds of a heritage, a nation, a people. In the 1840s the concept of the “Russian Soul” or dushá came about from the writings of such greats as Gogol, Tolstoy, and Dostoyevsky. The Russian Soul was primarily literary in nature. It helped readers understand the nature of Russian spirituality. But it also spoke to the essence of the Russian people. The dushá gave the world a sense of the Russians in a specific time and place. It is not unreasonable to carry forth this concept and say that all people have a soul which is understood through their culture.

That is why we study history and literature. We require an understanding of who we are as a people so that we as a people may continue to live. We study the national character of our people so that no matter where on earth we are, the children of Europe will always have a sense of who they are, and where they came from. To steal from a people their heritage, which was left to them by their forefathers, is an abomination.

But history and literature together are not sufficient to carry forth the European understanding of the world. To truly understand who you are, and where you are going, you will need to learn the philosophy of your people. You must be suffused in the Cenacle of European religion. The questions faced by Europeans dating back to ancient Greece are often unique to the European worldview. Simple comparisons to Eastern philosophy and religion will show that the problems concerning Western philosophers arose in response to the unique place in time and location they found themselves in.

Culture without history is directionless, and history without culture is meaningless.

Thus, those who do not learn to love and appreciate the history of their people are not doomed to repeat it but are condemned to oblivion. Those who do not learn to love their identity will join the Scythians, the Hittites and the Babylonians not as a living people but rather as a historical stepping stone from the dawn of man until the present day. Civilization can be lost in a century, but it can be renewed in a generation.

History may concern the past, but it is far from dead. Quite the contrary, history is alive, but it can only live in the hearts of those dedicated to the preservation of the memory of their people. It can only live when the heirs of Europe hold their history as if it were a precious flame and must guard it against the storm. Without fire early man was dead. Without history, our civilization too shall die. Like the fire warming the hearth of a Roman home, history and culture are the fires that burn inside us to keep the legacy of our forefathers alive.

Summer is upon us, the season of renewal will become a time when nature flourishes. Take the opportunity to turn off the television, stop wasting time on Facebook, and learn about our people. Read Suetonius, Livy, or Aristotle. Learn the language of your ancestors. Read the great literature that defined not just an age, but a people. Summer is a time for travel. If you can, discover Europe. Walk the homelands of your ancestors, and see the wonders built by their genius. Gain a deeper understanding of the medieval world which is so maligned by cultural critics and yet holds within it the seeds of modernity.

Perhaps in the uncovering of your past, you too will feel a rebirth of pride not just in your family, but in your people.

TopicsCulturehistoryWhite people
Share on FacebookShare on TwitterShare on RedditShare on VKontakte