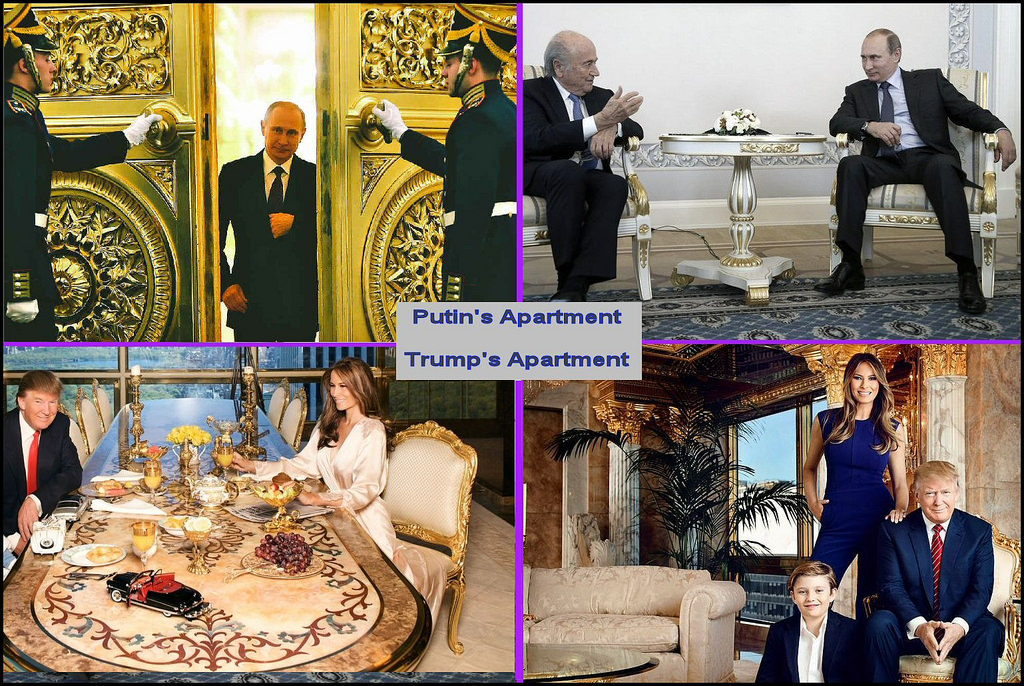 Trump Is Now Confirmed For Being A Russian Plant

At least according to New York Times.

Did you hear? Congressmen Kevin McCarthy said that Trump was receiving payments from Uncle Vlad.

Their two highest-ranking members on Wednesday walked into a firestorm of their own making, negotiating the latest Republican headache after The Washington Post reported that Representative Kevin McCarthy of California, the majority leader, said in a private session last year that President Trump, then a candidate, could be receiving payments from President Vladimir V. Putin of Russia.

Guess that confirms it. Case-closed.  All we can do now is ask: is the dawning of a new era of McCarthyism in America?

Oh, wait. Actually no, not really:

The New York Times has not obtained a recording and cannot appraise the tone of Mr. McCarthy’s original remarks. On Wednesday, he said he was just kidding.

“It’s a bad attempt at a joke; that’s all there is to it,” Mr. McCarthy told reporters at the Capitol. “No one believes it to be true from any stretch of fact.”

This is just rumor-mongering on the part of the NYT. Some congressman from Trump’s party happened to joke sometime a year ago about *possible* Trump/Russia ties and this becomes news-worthy because it pushes a narrative.

Of course, they forget that Trump is a billionaire and that is one of the reasons that we voted for the man. The whole appeal of Trump was that he couldn’t be bought. He was like the French monarchs who were intentionally allowed to accumulate unfathomable levels of luxury so that they would be simply too rich to take a bribe.

Remember when Trump got up in front of a room of Jews and told them he wouldn’t take their money?

That’s the man we’re talking about. That’s a man who can’t be bought.

He’s like Putin in that sense. Putin has enriched himself while in office. This is corruption, Russian-style. But at the same time…now he can’t be bought.

Coming back to Trump, however, the Left seems to think that he is man that can be impeached. As long as they get the right people in the correct administrative positions working to push the right narrative going forward, and lynch the Donald in the court of public opinion.

The Justice Department appointed Robert S. Mueller III, a former F.B.I. director, as special counsel on Wednesday to oversee the investigation into ties between President Trump’s campaign and Russian officials, dramatically raising the legal and political stakes in an affair that has threatened to engulf Mr. Trump’s four-month-old presidency.

The decision by the deputy attorney general, Rod J. Rosenstein, came after a cascade of damaging developments for Mr. Trump in recent days, including his abrupt dismissal of the F.B.I. director, James B. Comey, and the subsequent disclosure that Mr. Trump asked Mr. Comey to drop the investigation of his former national security adviser, Michael T. Flynn.

Mr. Rosenstein had been under escalating pressure from Democrats, and even some Republicans, to appoint a special counsel after he wrote a memo that the White House initially cited as the rationale for Mr. Comey’s dismissal.

This is the attack plan. They’re going to go for the whole Russia-(evil, nationalist, too white country) supports Trump-(evil, fascist, white nationalist). In these people’s minds, there’s some sort of White Nationalist Internationale at work behind the scenes, pulling the levers of power.