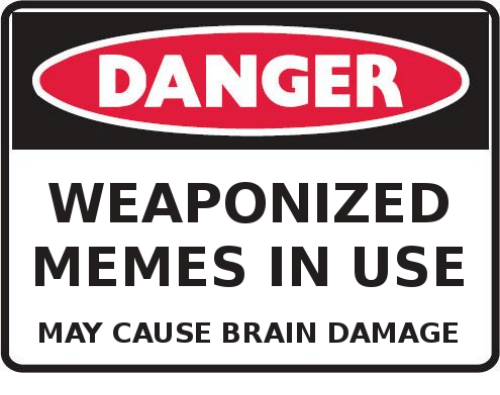 A journalist on Twitter is trying to blame the entire Alt-Right for attempted murder by meme.

As many of you may have already heard, Richard Spencer recently tried to murder Vanity Fair journalist Kurt Eichenwald. Now, everyone who’s anyone in the MSM already knows that Richard is a stone-cold killer, a walking death camp who spent 14 years in a secret Nazi assassin training camp hidden in Antarctica. It’s also no secret that Richard has left behind a trail of corpses at every single press conference he has ever held.

But none of that was enough for Richard. He apparently decided to step up his game to try and kill his enemies using nothing more than his thumbs, a smartphone, and a wifi connection.

According to journalist Kurt Eichenwald, Richard tried to kill him by sending a flashing strobe gif file over twitter…

Now, when I first heard this I was stunned. My mind immediately started reeling from the implications.

Is this the final, most advanced level of meme warfare?

But my second feeling was one of shock. How did Kurt learn about Spencer’s secret plan to assassinate him? Clearly, the Alt-Right has a mole…

But upon further inspection of Kurt’s tweets, I realized that he was getting his information based on an interview that Spencer gave the Atlantic.

…idiot confessed to it while Atlantic Monthly reporter's recorder was rolling. Dig through the great story: https://t.co/q1sxuXPsMy
(3)

You can read the interview here. It is written by a resentful half-Asian former classmate of Richard with a bee in his bonnet. The article is about Richard’s career or  “Kampf” as the author called it.

Its cuz he wants to imply we’re Nazis. Stunning insight there, Graeme Wood. Comparing someone to Hitler is an honored liberal journalistic past-time.  And it never ever gets old. 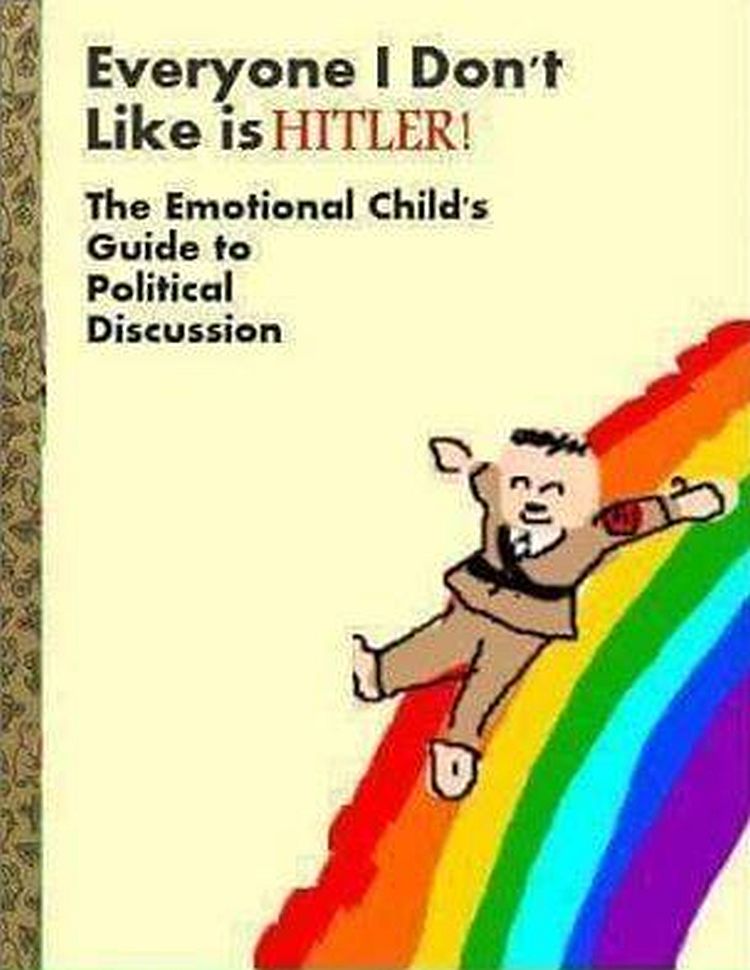 By the way, Graeme has quite an interesting bio that you can read on his page:

He was a reporter at The Cambodia Daily in Phnom Penh in 1999, then lived and wrote in the Middle East from 2002 to 2006.  He has received fellowships from the Social Sciences Research Council (2002-2003), the South Asian Journalists Association (2009), the East-West Center (2009-2010), and the U.S. Holocaust Memorial Museum’s Center for the Prevention of Genocide (2013-2014).  He has appeared many times on television and radio (CNN, ABC, BBC, MSNBC, et al.), was the screenwriter of a Sundance Official Selection (2010, short film), and led a Nazi-hunting expedition to Paraguay for a History Channel special in 2009.

But here is the excerpt that Kurt latched on to in question:

Other targets among the alumni community included Kurt Eichenwald, class of 1979, a Newsweek journalist who had written critically about Trump and the alt-right during the 2016 campaign. Eichenwald suffers from epilepsy, and in December, a Twitter user calling himself @jew_goldstein tweeted a strobe-light gif to him that triggered a series of seizures, leading to temporary partial paralysis on his left side. Spencer blanked on Eichenwald’s name, and both he and the minion laughed as they tried to recall it.

“What is that guy’s name? The one whom we almost killed?”

“No, no,” the minion corrected him, with the precision of in-house counsel. “We did not send that.”

Spencer revised his statement. “We collectively almost killed him. Some alt-right shitlord”—alt-right-speak for “online activist”—“sent him a meme.” Two months later, @jew_goldstein was revealed as John Rivello, 29, of Maryland, and charged with cyberstalking and aggravated assault with a deadly weapon. According to the federal criminal complaint, Rivello wrote, in private messages, “I hope this sends him into a seizure” and “Let’s see if he dies.” Spencer retweeted an appeal to crowdfund Rivello’s defense “against lying #fakenews Kurt Kikenwald.” (Eichenwald is Episcopalian.)

The stuff in bold is what Kurt is all worked up about.

The name is Kurt Eichenwald, you son of a bitch. And trust me, you'll never forget it again. https://t.co/q1sxuXPsMy

He’s also doubled down and threatened to arrest? all of Richard’s twitter followers as accomplices.

Now, 4 the 100 or so other ppl who strobed me 2 try & kill me. If ur friends of @RichardBSpencer: ever hear of conspiracy to commit felony?

Apparently, Kurt knew about Spencer’s dastardly death-by-meme plan for months and sat on the knowledge, just biding his time…

Can u imagine how difficult its been to know for months that evidence exists @RichardBSpencer was in on attack, and for me to say nothing?

Jokes aside, while this is really lulzy, it’s also a shocking and bizarre developing story. The executive summary is the following: some shitlord from Maryland sent a strobe gif to Kurt over twitter, got tracked down and arrested, is being sued and now Kurt is trying to pin the blame on Richard for ordering an internet meme attack.

Yeah, its that crazy.

Now, Kurt is a Jew. But he claims he is an Episcopalian. What he really means is that he is Jew that went to prep school and wanted to fit in better. The same prep school that both Spencer and Wood went to in fact. Both seem rather peeved that Spencer has overtaken them in being the most famous alumni of St. Marks. Perhaps Wood passed the info on to Kurt…You know, just as a courtesy. Alumni to alumni…

Kurt’s also an award-winning journalist who covered corporate crime and also wrote some sort of expose on online gay child pornography for the NYT. He won an ethics award for his work, even though some dodgy details emerged afterward:

…Over the past seven months, during the prosecutions of two men involved in Berry’s ring on related child-pornography charges, revelations have surfaced that have raised more profound questions about Eichenwald’s own actions. Most notable was his failure to inform editors at the Times that he and his wife had made a series of payments worth at least $3,100 to Berry and his business partners.

Eichenwald said the payments were part of the effort he and his wife, Theresa, made to extract Berry from the child-porn business — and that he simply forgot to tell editors.

…In a story airing Friday on NPR’s All Things Considered, Eichenwald reveals a secret that he had carefully guarded for more than two decades: His epilepsy had triggered so many and such severe seizures that, according to his neurologist, he suffers from “significant memory disruptions.”

Kurt makes a big deal out of his epilepsy. When he revealed that he struggled with epilepsy to his readers, he was commended for being such a brave trooper and won massive sympathy points from his audience of clapping seals for his brave Kampf.

He clearly knows how to use his epilepsy to his advantage. Very “Episcopalian” of him.

Everything apparently went downhill for the golden boy, however, when some shitlord sent him a strobe gif. I guess what he’s saying is that it made him ‘literally shake’. I don’t think anyone knew it was even possible to get in trouble for memeing too hard. But Kurt started kvetching and the police actually arrested someone for sending a gif over Twitter.

They called it “cyber-stalking”. I assume it is a variant of “cyber-bullying”.

Apparently the intent to cause harm made it a crime. So now the next time we banter with someone online and tell them to “kill themselves” and they happen to be Episcopalian, does that mean that we can get arrested for it too?

This is a stunning development, and a dangerous precedent might be set. This is why Richard has tweeted support for a defense fund for the accused man, John Rivello. It’s not because he was in cahoots, it is because this has disturbing implications for free speech in the United States.

Kurt’s attempt to apply guilt by association onto Richard (and onto us) takes a serious leap of imagination and also a lot of chutzpah. And it will undoubtedly backfire. He’s obviously very triggered (in a non-epileptic way) but this time I believe it will simply lead to him being widely mocked for his paranoia on Twitter.

Kurt cries out in pain as he lashes out at us, but it will get him nowhere.