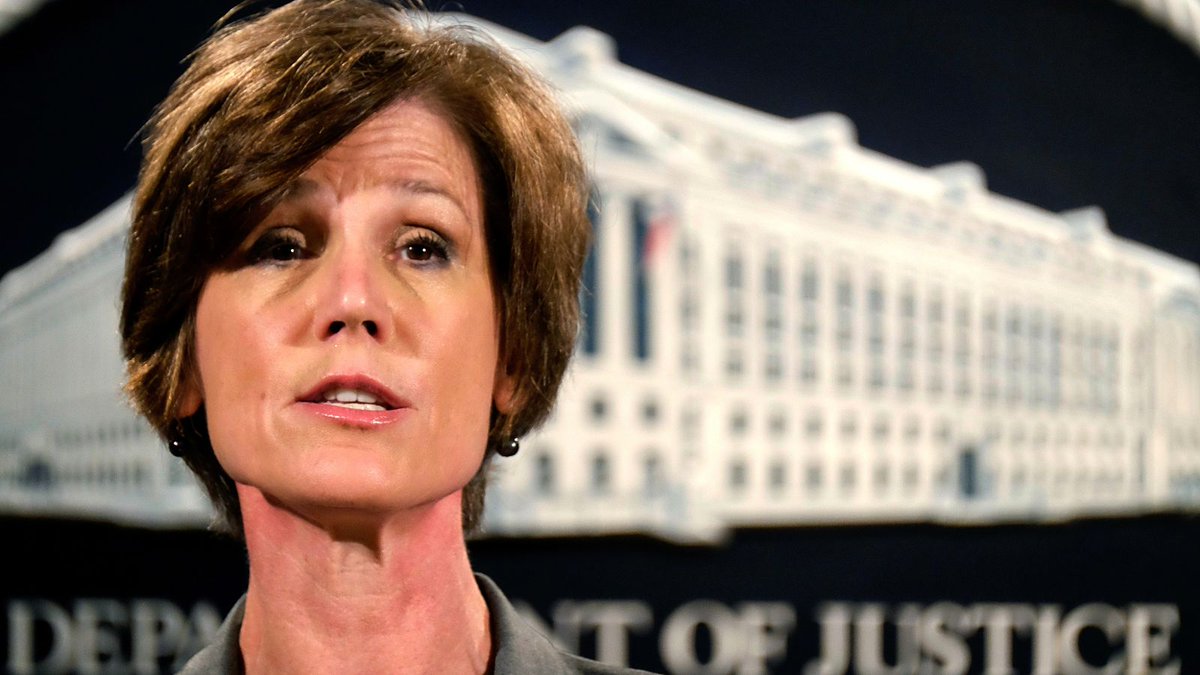 The Deep State As Liberal Conscience

The Sally Yates hearings were unwatchable Kabuki theater, for after all, Michael Flynn did nothing wrong. But it’s a Watergate simulation that might turn into the next Watergate, so we best pay attention.

There was one exchange, however, between Yates and Sen. Ted Cruz, that was fascinating meta-politically.

In January, then-Acting Attorney General Yates refused to enforce Trump’s travel bans. Trump promptly fired her. (This was back when Trump was still cool.)

Cruz returned to that episode, mansplaining to Yates that, first, foreigners have no Constitutional rights and, second, the President has absolute discretion in national-security matters. Yates’s rejoinder was to cite some other provision about non-discrimination, yadayadayada. . .

Liberals delighted in Yates’s comeback: “You tell that old, White cis-male, girlfriend!” But Yates legal reasoning is extremely disturbing. She is effectively saying that the principle of non-discrimination, specifically on racial and religious grounds, overrides national security concerns or any other.

There’s no point in asking who’s “right” legally speaking, for law itself is ultimately a rationalization of existing power. What’s important is the revelation of the “deep state” as a kind of egalitarian “conscience.” Trump’s populism (however compromised it might be) violates the “source code” (racial egalitarianism) at the heart of the power structure.

Effectively, we cannot discriminate against foreigner even if we wanted to.

TopicsDeep StateYates
Share on FacebookShare on TwitterShare on RedditShare on VKontakte