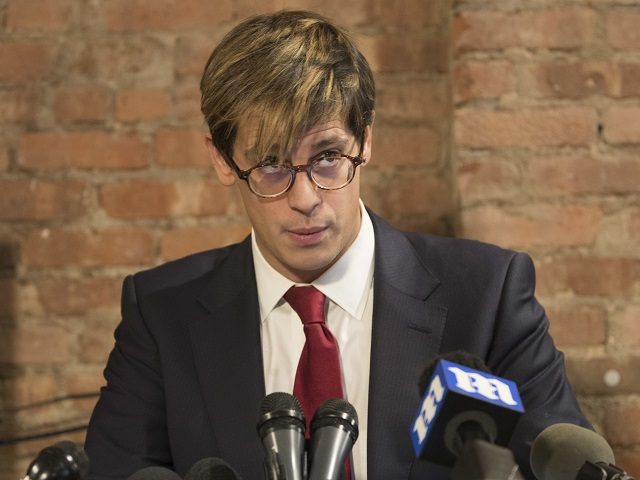 This is the end of his lies.

My pet theory on Milo: He doesn’t have the 12 million in funding that he’s claimed. In fact, he’s broke.

The theory is based on Milo’s past behavior and reasonable conjecture (let’s call it “male intuition”). I have no inside information. I actually have received “scoops” from people within Camp Milo, all of which have proven laughably false. Obviously, there is a lot of wishful thinking and LARPing going within the inner-circle.

So here’s my reasoning.

In March, someone floated the rumor—most likely Milo himself, since he was interviewed about it—that the conservative publishing house Regnery would pick up his book contract, after it had been dropped by Simon & Schuster following his comments on pederasty. I found the rumor unbelievable, especially since Regnery is owned by the Christian media conglomerate Salem.[1]

And, indeed, the rumor was false. As he announced on Friday, Milo will be self-publish his book using his own newly created company. There’s nothing wrong with that per se, but clearly Milo failed to find the mainstream publisher he desired. I wouldn’t be surprised if he tried to create a “self-fulfilling prophesy” by generating the Regnery rumor, much like I think he’s tried to create a self-fulfilling prophesy regarding the $12 million.

Anyway, the idea that the world needs a new “dangerous” publishing house, brave enough to stand behind Milo’s writings, is beyond ridiculous. We’re inundated with the basic-bitch libertarianism Milo peddles. Obviously, Simon & Schuster had good reason to dump the book (more on that below).

In 2016, Milo raised between $100,000-250,000 from individual donors for “Privileged Grants” for White male students. As of this writing, he’s dolled out a total of $25,000. . . My guess is that the whole thing was a gag in the first place, and that Milo burned through the capital without thinking anyone would notice. But many did. . .

At his pizza party last weekend, Milo declared that he will sue Simon & Schuster for $12 million for dropping his book contact and retaining the advance on future royalties, which was reportedly $250,000.

The lawsuit seems groundless. Surely there was language in the contract that Simon & Schuster could exit the relationship if Milo did anything that embarrassed the company. Milo, of course, claims that the PC police is after him again; the reality is, no self-respecting firm would associate itself with someone who glorified, on multiple occasions, the sexual abuse of children.

My guess is that Milo plans to fund his comeback—a half-baked for-profit, touring company—using the winnings from his lawsuit.

Good luck with that!

From a personal account of Milo’s party: Milo has no capital; he could barely afford Bud Lite and chicken fingers.