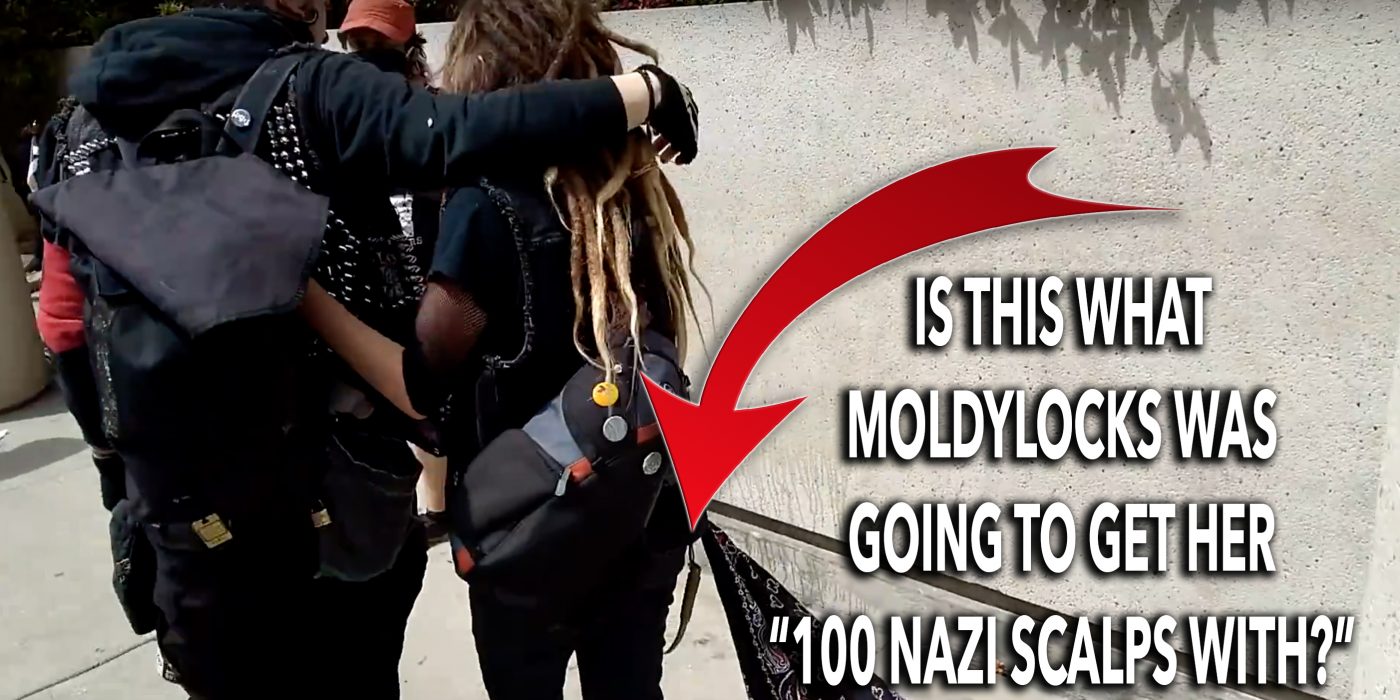 Emily Nauert–known to the Internet as “Moldylocks”–has really blown up as a meme. Her full name is Emily Rose Nauert or Emily Rose Marshall. 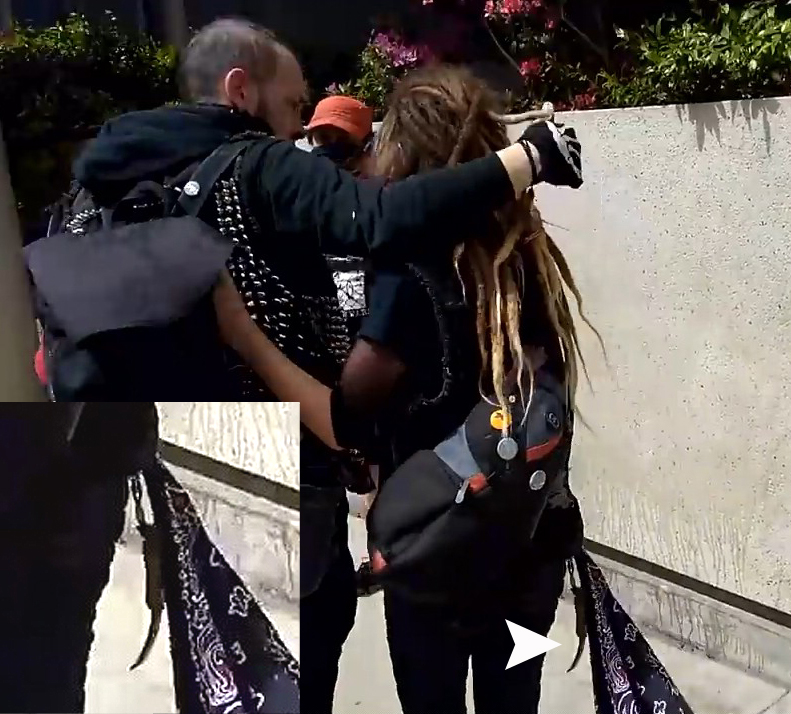 She also mentioned something about “collecting Nazi scalps” on Facebook. 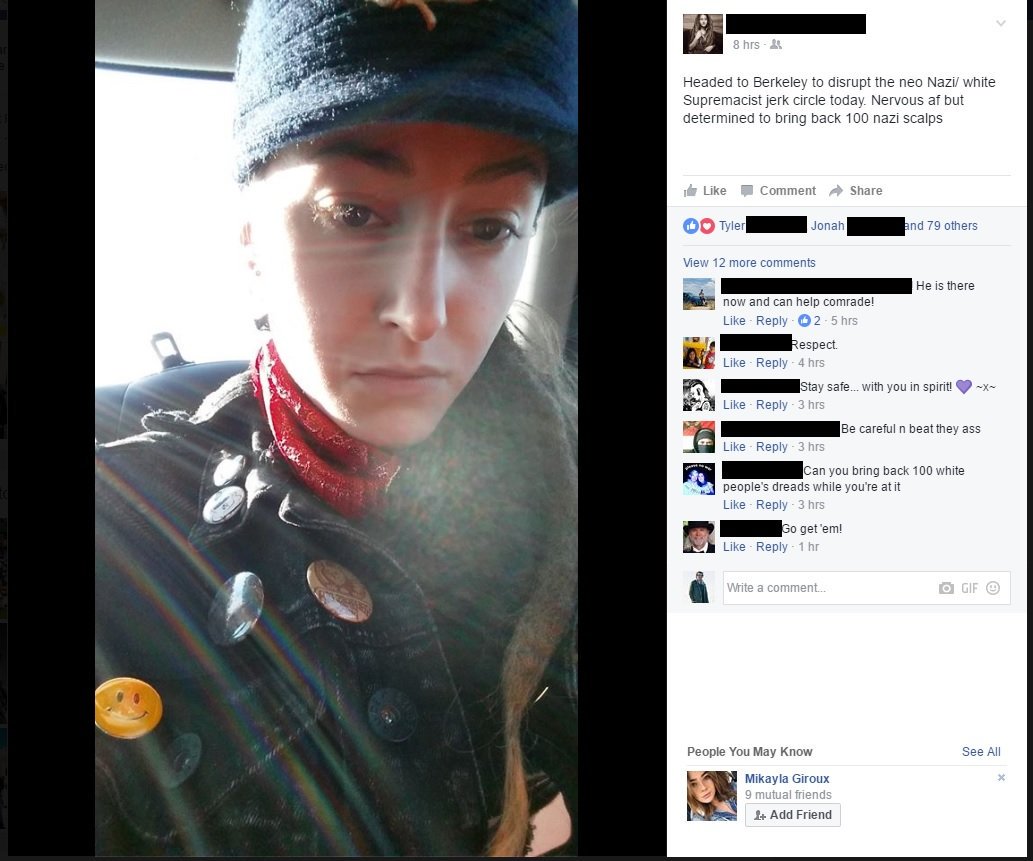 Perhaps it wasn’t just posturing on her part. Here’s another photo of her with the shank/knife. 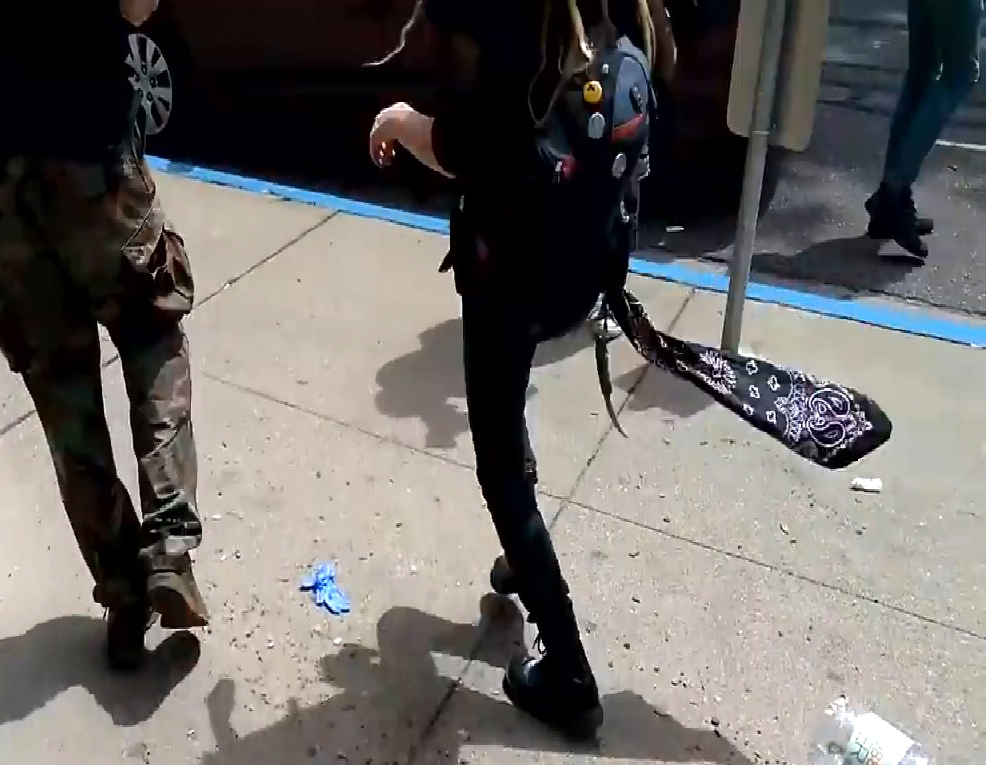 Let’s put on our detective caps for a second. If someone says that they’re coming to collect scalps and then show up with a shank to an event, maybe that signals actual intent? And what do we think about this photo? Look closely: 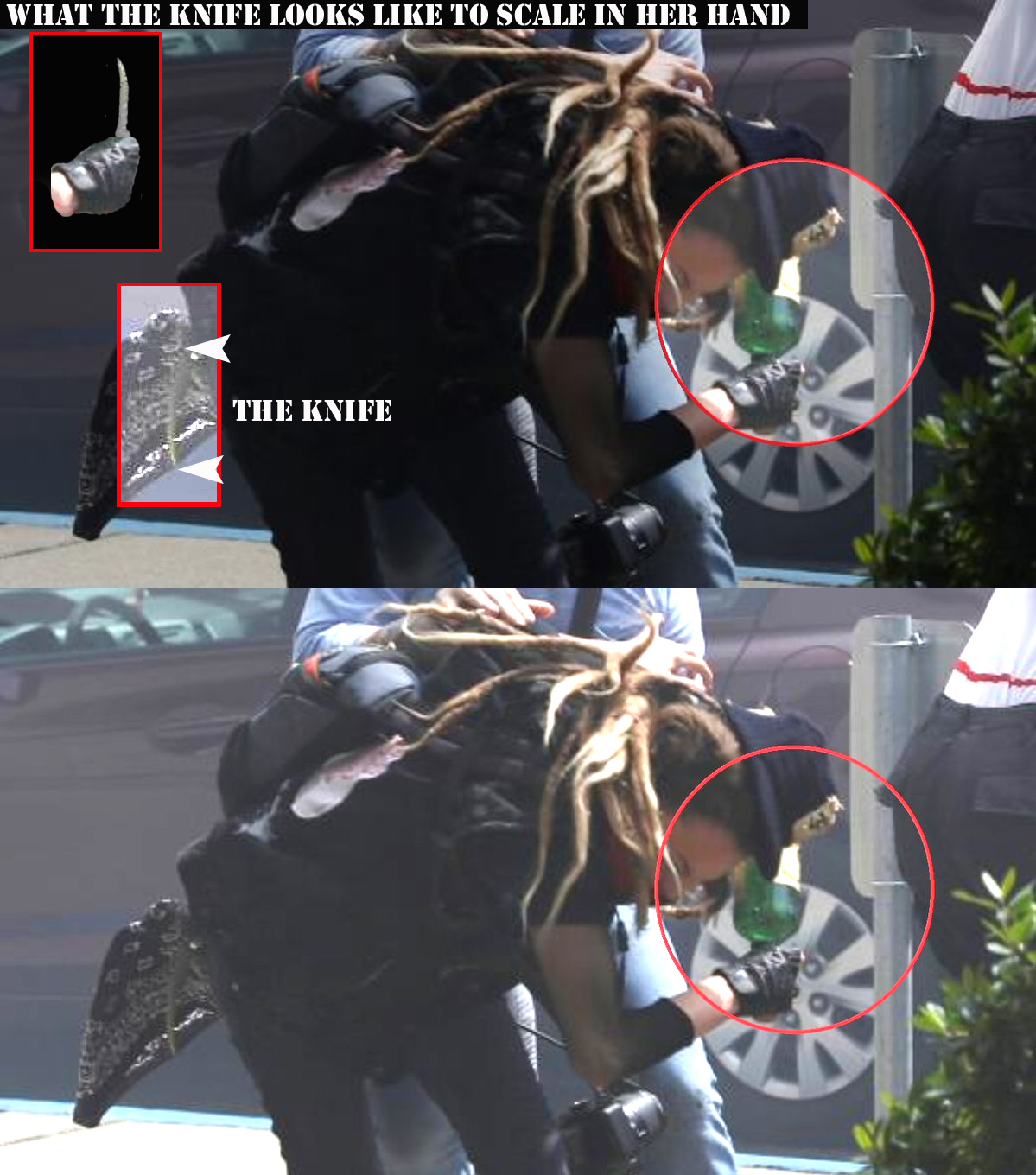 This is what I got when I googled “scalping knives” on Google.

Antifa comes to these events ready to cause trouble and draw blood. They were throwing m80s, glass bottles and rocks the whole time at the Free Speech rally.

And it is not just the Alt-Right that has reported on this.

(Skip to 3:05 to see Moldylocks talking about how the revolution requires hurting some grannies).

And we also had someone go behind Antifa’s lines to prove that they were looking to do damage and hurt people.

More information comes to light about Antifa every other day. It is hard to believe some of the stuff that the group is involved in. Many of them are clearly mentally unhinged. Bringing an actual scalping knife to a rally is not something normal people do at a protest rally.

These are terror tactics from a terrorist organization.