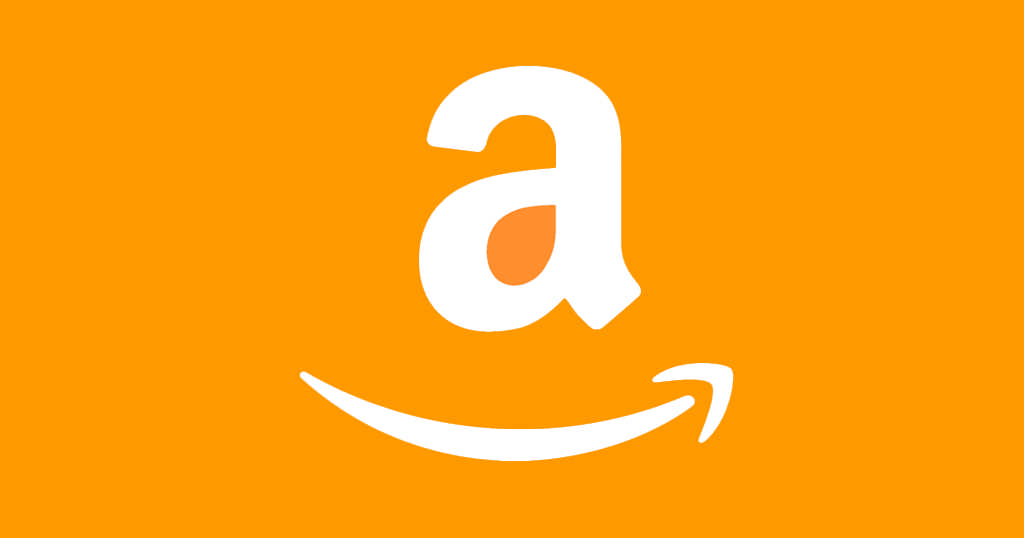 It was just three books. It always starts this way.

In February of this year, Yad Vashem and The World Jewish Congress converged upon Amazon founder and CEO Jeff Bezos. Their complaint? They wanted him to remove from the site three books critical of the accepted Holocaust narrative. Those books violated Amazon’s own corporate standards against hate you see.

My gut instinct says this was due to the increased influence of the Alt-Right and the mainstreaming of and rising interest in ethnonationalism. We’ve been demonized in the press as neo-Nazis and blamed for a supposed rise in anti-Semitism since Trump took office. The left keeps trying to analyze us, because they are afraid of us. The GOP, propelled in part by young, energetic Alt-Righters, controls all three branches of the federal government and thirty-two state legislatures, while Democrats control only thirteen. These are numbers unseen since 1920.

Democrats, and let’s be honest the vast majority of Jews are Democrats, must feel powerless. Though Jewish organizations have been pressuring Amazon to stop selling the books since 2013, the recent uptick in pressure must have been an attempt to feel as if they were still in control of something.

So influential leftwing Jews are worried about the rise of those willing to question the Holocaust narrative. It’s that simple. And they have the power, stemming from money and media presence, to force some of the largest companies in the world to capitulate.

The narrative must be preserved. Whites, especially Europeans, must be made to hate themselves for the crimes of their forefathers. If we learn to love and embrace our identity, the first step in identitarianism, pushing white guilt will be nearly impossible.

Once upon a time the left valued free expression, questioned what they had been told, and championed intellectual curiosity. Today they treat young people to lectures supporting the suppression of “hate speech” which has the effect of turning college students into Loony Tunes characters. Some even try to convince us that words are no different than physical violence. Hey if race and gender are social constructs, why not reality itself?

For those liberals who so often pose as champions of logic, skepticism, and freethought, corporate censorship is not a First Amendment issue since the actions rest in the hands of a private entity. Or at least that’s their excuse for supporting censorious behavior. Never mind that when private Christian bakers would rather not bake gay wedding cakes those same nose gremlins will enlist an army of ACLU lawyers to force the small business owners to violate their conscience. It’s bake the cake or go bankrupt.

But those who view themselves as our betters are not interested in consistency. That’s not surprising considering how badly Gen X and the Millennials have been miseducated about American history. I blame Howard Zinn and his zombie-like worshipers, but that’s another article.

The First Amendment isn’t just a legal tool. It’s a spirit. It exists because our founders, who were primarily English and no doubt schooled in the writing of the immortal poet and free speech advocate John Milton, agreed that like Satan, all should have the opportunity to speak.

And because they were students of The Areopagitica they understood that the right of free speech has a corollary, the right to hear what is being said. The framers understood that the only speech which needs protecting is dangerous and offensive speech. From the Areopagitica, “Who kills a man kills a reasonable creature, God’s image; but he who destroys a good book, kills reason itself.”

Sometimes I wonder whether the First Amendment would exist if we had to re-draft the Constitution and Bill of Rights. To be honest I’m not sure it would. A poll taken back in 2015 found that 51% of Democrats wanted to ban that nebulous, undefinable boogieman of mental midgets, “hate speech.”

I’m sure TruCons and EconoCucks in the Chambers of Commerce are grateful the left now seems to have embraced corporate rights. Still feelin’ the Bern lefties? That’s just more proof that the political axis has shifted from the left-right, socialist-capitalist paradigm to a globalist-nationalist one. It won’t be surprising to turn on the news one day soon and see progressives defending Ford’s right to move factories to right-to-work states or to employ strikebreakers.

This may not be comfortable to those new to the Alt-Right but it needs to be said. It’s time to start nationalizing internet-based companies such as Amazon, Twitter, Google, Kickstarter, Patreon, YouTube, and Facebook. And we can apply that to any company that has a near monopoly on large sections of the internet or that performs a service which, because they were a first mover in the space, they have a near monopoly of. At this point they’re service providers no different than a power or water company.

And these corporations should not have the right to deny anyone use of their services, which have become a vital and important part of modern life, simply because that person has expressed a dissident opinion. The law won’t let a phone company deny service to Jared Taylor because he uses their technology to talk to others about race realism and white advocacy. Why should it allow authors to have their work removed from the world’s largest book provider?

To further understand the nature of the removal of these books think of it like this. Allowing Amazon to remove books some find offensive is no different than allowing a railroad to single out an offensive farmer and keep him from bringing his crop to market using their railway. Denial of service can be incredibly powerful in silencing dissent. Deplatforming is a part of the plan to control the West.

On a level playing field ethnonationalist ideas will always win because they are rooted in the true nature of man. If we find a philosophy that is consonant with our hearts some whites will start standing up for themselves. Soon others will join them. If the Alt-Right is to achieve anything we need to be free to speak to those who are not already nationalists. Do not underestimate the importance of free speech to our movement. The great rivers of the world are fed by smaller tributaries.

But wait, isn’t Holocaust denial something we can all agree is bad? What about corporate social responsibility? Doesn’t Amazon have a duty not to carry “fake history” or to provide access to the tools of hate? It’s in their own policy to not promote hate.

As a man with a curious mind, I want the right to read controversial books and ask questions about the history I’ve been taught. Where else besides the virtual shelves of Amazon (and for now Google Books) will one find works evaluating the evidence for and against the conventional Holocaust narrative? Certainly not at Barnes and Nobel. And as much as I love quaint little bookstores most simply cannot afford to carry inventory that is unlikely to sell.

Is the destiny of honest Americans to stand in a dark alley away from the eyes of SJWs, activists, and the professionally offended and wait for an underground book dealer? Will those looking for answers be forced to track down PDFs on the dark web?

As a graduate student I was in a World War II history class. That week we were discussing Christopher Browning’s book Ordinary Men: Reserve Police Battalion 101 and the Final Solution in Poland. We were discussing the role of “he did it too” in preventing guilt among the men. Another student raised his hand and asked, “Did the Jews have a role in causing the Holocaust?” He was new to academia and thus I believe it was an honest question. I don’t think he was trolling.

His question elicited shock from most of the class and our professor. But despite the disruption no one bothered to answer. We simply moved on. This left me feeling cheated. Don’t I have the right to explore ideas, to buy and read books, which indicate or imply that European Jewry may have been at least partially at responsible for antagonizing ordinary Europeans? Can we not ask difficult and uncomfortable questions in an ostensibly free society? Is it a free society if a near monopoly can defy the spirit of free speech?

To the issue of corporate social responsibility I would simply say, is my mind my own? Who is qualified to determine what answers I may seek or where I may seek them? Who is so much better than me that he could act as my censor, governmental or corporate?

Let’s talk a little about what happens to those who defy authority.

In the profession of history one is free to question the historiography of virtually anything. The Jewish Holocaust and the uniqueness of Jewish suffering though are the exceptions. In 1986 the great historian of Poland, Norman Davies, was denied tenure as a professor of history at Stanford University. Some believe that negative critical commentary by Jewish historian and Zionist Lucy Dawidowicz (it should be noted that she subscribed to the Sonderweg theory of German historiography, a theory that is no longer widely accepted today) played a part in the denial of his tenure. He sued Stanford on a number of claims that can be summarized as discrimination.

Davies is not a Holocaust denier. David Hoggan or David Irving he is not, nor has he ever tried to be. What triggered Dawidowicz’s criticism? He simply reminded the world that non-Jewish Poles also suffered and died at the hands of the Nazis. Regarding his lawsuit, a lengthy legal battle ensued with the state of California ultimately deciding that it has no jurisdiction to force a deposition of another professor due to the state’s privacy laws. Denial of tenure is serious and most who suffer such a fate never recover professionally. But Davies did recover and now thirty-one years later he is a well-respected professor and the author of many wonderful books on Poland and Europe. But the message was chilling and clear in the historical community: there is a price for dissent.

Amazon’s removal of these three books is a black mark on the company and Bezos. But this was only a first step. Now that blood has been drawn do not expect to see anything less than hemorrhaging in the coming years. After all the busybodies at The World Jewish Congress have offered their help in identifying other books they find unacceptable. If Amazon will genuflect to “the Cathedral” (or dare I say, “the Sanhedrin,”) if it will bow to pressure to remove books to which some take offense, what or who will be next, Kevin MacDonald, Michael Hoffman, Madison Grant, Alexander Dugin? Would Amazon sell an English language copy of Two Hundred Years Together?

But there is a solution. There is a way to keep the world of dissident authors and controversial books open to the searchers. Jeff Bezos has demonstrated that he lacks the backbone to stand up for the authors and readers who rely on the company he helms. He has proven that he cannot resist the forces pushing corporate censorship of controversial ideas. It is time to give those curious souls the protection of the First Amendment in no uncertain terms. It’s time to nationalize Amazon.

Topicsfree speechhistoryholocaustJews
Share on FacebookShare on TwitterShare on RedditShare on VKontakte