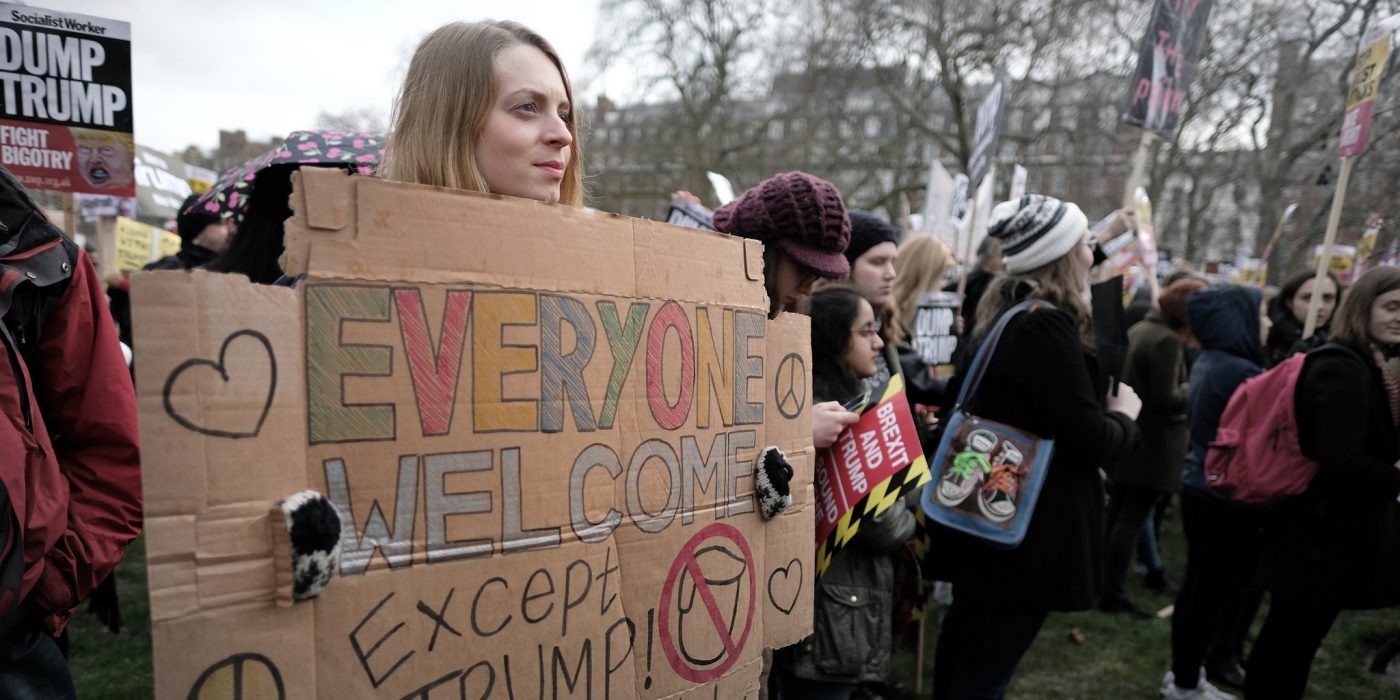 Could The Refugee Crisis Be the Best Thing to Happen to Europe?

Jossur Surtrson makes the case for accelerationism and against petty nationalism in Europe.

“An appeaser is one who feeds a crocodile, hoping it will eat him last,” – Winston Churchill

It would seem that experience is indeed the teacher of fools. After some thought and a brief phase of anger pertaining to the “refugee” crisis, I have reached a different conclusion then perhaps most others. The migrant invasion currently ravaging Western Europe is precisely what it needs. It is a wake-up call, a self-inflicted punishment for her transgressions against her folk. At the risk of sounding like a traitor to the nationalist cause, it is true that Europe clearly needs a swift boot to the face, and perhaps even to suffer tragedy, if that is what it takes to disturb its complacency and force it to fight back. Europe has finally backed itself into a corner from which there is no escape. There are only two choices. It can lie down and die, or come out swinging.

A confluence of events involving the European Union, international “banksters,” Europe’s pathologically egalitarian left and opportunistic right, with a dash of American political hegemony helped to create the circumstances that lead to this crisis. Now Europe must suffer for letting it happen. But it isn’t necessarily a bad thing.

Europe’s hand is being forced and its mettle will be tested.

Don’t get me wrong. I wholeheartedly support a complete moratorium on any and all non-European immigration to Europe and European diaspora countries as well as expeditious deportation of all those who have slithered in seeking to join the parasitic horde suckling at the teat of European altruism.

A popular adage holds that a Liberal is merely a Conservative that hasn’t been mugged yet. This is already ringing true in the hearts and minds of many of those who stand at the train tracks to welcome refugees with sustenance only to have their generous alms thrown back in their faces; those who graciously received these refugees with open arms but are now are forced to clean up the mess left behind as their new, overwhelmingly male friends parade from town to town, country to country looking for benefits, handouts, and European women to forcefully bed.

This is not a refugee crisis, it is a racial one. To deny it is madness and folly. This crisis, though, is exactly Nationalists need to take advantage of if we have the courage, intelligence, and commitment to do so.

Liberals tend to learn the hard way when it comes to politics and economics. Because of their hiveminded soi-disant individualism and anti-authoritarian stance, they refuse to heed the warning signs screaming from the annals of history and the mouths of nationalist contemporaries.

Dealing with Liberalism is analogous to child rearing. A parent can only offer wisdom and warning when it comes to the child’s desire to touch the stove. Ultimately the child is left to make the decision for himself whether to listen to his parents, or find out for himself if it really burns. The Liberal track record consistently leans toward the latter and, as such, they are unwittingly forcing Europe’s hand toward the burner. Europe will learn its lesson soon enough and the pendulum will once again swing toward Conservatism, hopefully an ardently nationalist version.

The inevitable cost for this nationalist resurrection, however, will unfortunately be the loss of innocent life on both sides. Men and women will both suffer humiliation and degradation. European women specifically will be systematically disrespected, raped, and murdered; and European children will suffer all the more at the hands of their invaders.

Bear in mind, though, that the blood of Europeans spilled as a result of this invasion will stain only the hands of the Liberal establishment. Blame for the consequences following this invasion rests squarely on the shoulders of those holding an anti-European stance. Those of our folk who have eschewed traditionalist values, besmirched their heritage, and dishonored their lineage; from the top of the political establishment to the bottom of the socio-economic barrel. All are responsible, all are to blame. Wherever Liberalism wins, it ultimately fails and it is proving itself a failure yet again after this most recent victory, despite a rise in nationalist thought and activity across the whole of Europe imploring her people to listen to reason.

This invasion is precisely the shot in the arm that Europe needs in order to be jolted from its slumber given that every means short of a coercive nationalist putsch of European governments has been exhausted. We nationalists must act as the parent standing by as the child learns its lesson, and it is already bearing fruit.

It has served to expose the heinous use of media propaganda to illicit sympathy for these refugees, such as in the case of Alan Shenu who was photographed drowned and face down on a Turkish beach.

It will continue to serve expose the Liberal agenda behind the Great Replacement, an active and conscious effort lead by malfeasants and bleeding heart egalitarians across the globe to decimate the European race and replace them in their own homelands.

These invaders, consisting primarily of young males, have proven themselves to be even more vitriolic and vicious than was initially presumed, resulting in cognitive dissonance in liberal brains. Reports of beatings, rapes, murders, and other atrocious acts committed against their European hosts are beginning to roll in, and more are most certainly on their way.

Finally, it has served to vindicate Nationalists as being right all along in warning the European people of their impending doom should they continue down their path of mindless benevolence.

So to those who still support the deluge of invaders, I say carry on. Let them in. Open the floodgates wider and let the bodies pour across the borders. Tomorrow you will watch from waste-ridden street corners while your countries and cultures crumble. You will bear witness to the rape of your women and the kidnapping, sexual slavery, and subsumption of your children. European men, once gallant and defiant in the face of opposition, will be relentlessly mocked for their cowardice and murdered as a result of their capitulation to the enemy. When you look back at the wreckage caused by your willing participation in the Great Replacement, remember…we told you so.

Thankfully emotion rules only temporarily, but reason ultimately prevails. Truth will out, as they say, and it will be the weapon we wield against liberalism to restore Europe to its former glory. When Europe finally comes around to realizing its mistake, it still will not be too late to turn the tide. This crisis and its consequences are temporary and will only help the nationalist cause. It could very easily be the catalyst necessary to shotgun nationalist thought and practice back the forefront of the pan-European mind to rid Europe of this infestation. As nationalists we stand vindicated having a strong foundation upon which we must build a proper framework for the purpose of formulating a bottom up resistance to the masses of refugees and traitorous politicians. The rapacious and ungrateful invaders will do much of the dirty work for us through inevitable attacks on our culture and people. Our response should be swift and merciless with complete disregard for any convention, covenant, or compromise, for they will do the same and so deserve no better.

In summation, the refugee crisis will, in the end, serve the whole of Europe more so, and in different ways, than they might believe. Europe lost its identity long ago. She has been wandering blind and aimless, sanctioning her own passive oblivion. This crisis may just be the switch that turns the lights back on and helps Europe remember who she is. For that is the only way we can turn this around in Europe’s favor.

To all European nationalists across the globe, now is the time to band together. Put aside your petty differences and realize the larger picture. We need no longer fight as Germans, Englishmen, Frenchmen, Americans, or Swedes. We need to realize our pan-European idea, against a global enemy that wills our destruction. If we do not hang together, we shall surely hang separately…and the world will suffer greatly for it.