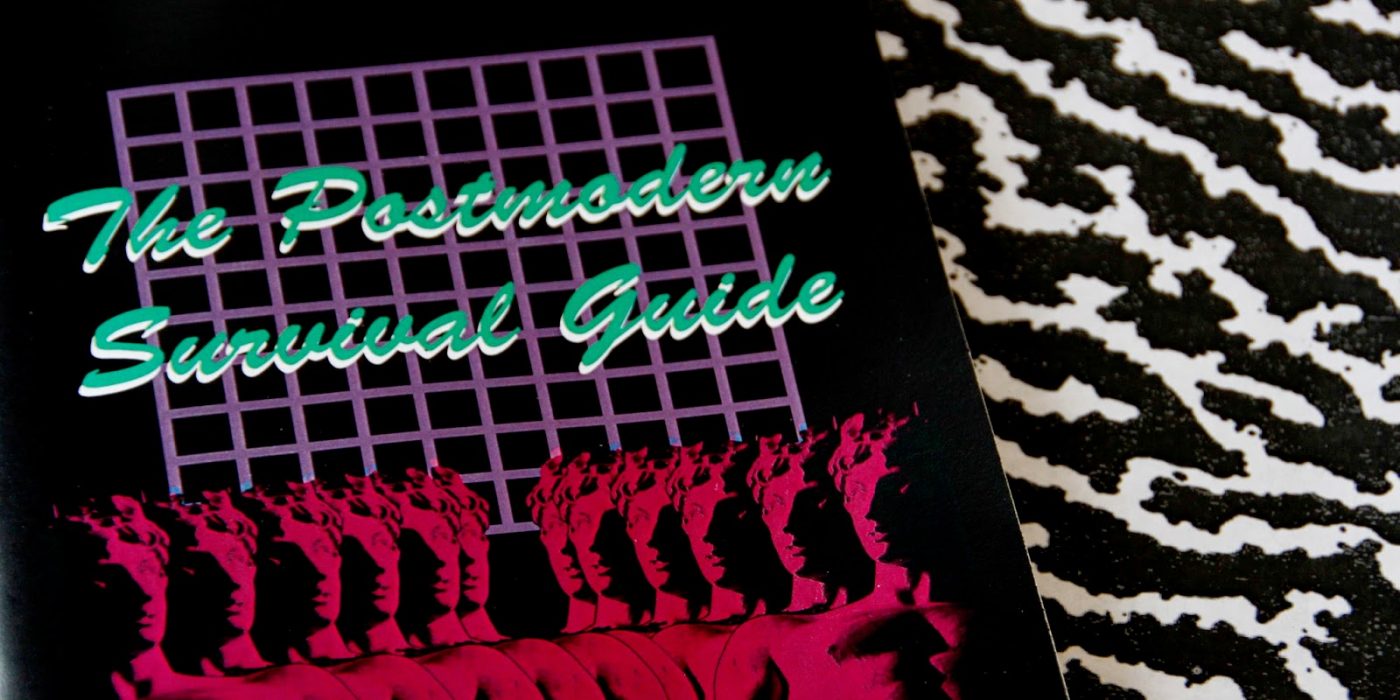 Post-Modernity Has Stripped Us Of Our Identity

Radical individualism has failed the West and the Alt-Right provides the only solution going forward.

Historical accounts of the Current Year (TM) will no doubt conclude that the nature of identity is the defining question of our generation. Every aspect of our culture attempts to deal with the question of identity; our politics are defined by it, our art and philosophy simultaneously attempt to create and deconstruct it, our religion to universalize it. The sheer number of “identities” by which postmodern European man defines himself attest this fact. New “identities” are manufactured with astonishing rapidity. A lazy journalist with a deadline, an academic in need of a grant, or an ad agency with a product to sell can all create a new “identity”. Professional, religious, generational, recreational, sexual, political, etc; the list reads like an alphabet soup. As a result identity for Europeans has become artificial. By contrast the identity of the “Other” is treated with the reverence granted religious conviction during the 16th century. To understand the paradox of postmodern identity, disposable for the in-group while at the same time sacred for the out-group, we must first understand what identity is. The significance of the Postmodern identity paradox cannot be understood in a vacuum. To understand its significance we must examine the question historically.

For the citizen of the polis, identity wasn’t something chosen, indeed, the concept of choosing his identity would have been alien to him. An Athenian, a Spartan, or a Corinthian citizen received his identity at birth. This identity was not something transitory or interchangeable. Rather, the identity of the citizen was conceived as part of the natural order of things, the literal will of the gods. The polis was not an association of individuals united only by the need for security and the pursuit of rational self interest. Rather the polis was regarded as a divine entity, founded by the gods and ancestral heroes of the city. It was an outgrowth of the ancient family, which like the polis, was not regarded as a collection of individuals united by the accident of birth, rather it was an unbroken chain linking ancestor and descendant, apart from which the individual had no identity. (Siedentop) This concept of the family was embodied in the family hearth, which symbolized the life of the family, it was the physical manifestation of the spirit of the ancestors of the family. The family which lost its hearth, and the citizens who lost their polis, lost everything : their ancestors, their gods, their past, and thus their future.

Identity was not a costume, a bit of vanity used to disguise an internal void. Identity was the distilled essence of a tribe, of a people. The art, politics, laws, and culture of the group were but expressions of that essence. This identity was not a matter of individual choice; it was regarded as divinely proscribed, part of the natural order of the world. Without it, a people was not a people. Apart from it, the individual had no roots, no community. To suffer defeat, to lose hearth and polis, meant that the gods themselves had turned their backs upon the defeated. Thus the utter dispossession of the vanquished was regarded as legitimate because to be defeated meant that the vanquished had already been spiritually dispossessed, abandoned by gods and ancestors . Thus the vanquished citizen lost the protection of both human and divine law.

The unconscious certainty ancient man had in his identity is thought to be something postmodern man has surpassed, evolved beyond. This assertion is questionable at best, and is more likely to be a manifestation of self deception than evidence of superiority. Despite all the radically different forms it has taken, identity throughout history has much more closely resembled the ancient conception of identity than the postmodern. For all the differences in self conceptions between a Roman citizen, a Carolingian Frank, a Renaissance era Florentine, and 16thcentury Englishman, they all, like the citizen of the polis, conceived of their identity as something innate, immutable. This is not to imply that pre-modern identity was lacking in complexity, for example a Roman citizen could be a pagan, an Athenian, and a Greek while at the same time being a Roman. There were concentric circles of identity just as there are today. That being said, these layers of identity had real meaning and were not interchangeable.

By contrast, while we have a multiplicity of identities, these identity markers do not carry the significance that they did in the past; they are not expressions of the essence of a people, but rather a lack of essence. The identities permissible to postmodern European man serve as individual self-expression, bits of vanity to cover something lacking. Our obsession with identity is not a sign of strength, quite the opposite. The multiplicity of inauthentic identities is a sign of the fragility of Postmodern identity.

Groups with a strong sense of identity do not endlessly ruminate on the nature of their identity, rather it is the unconscious foundation through which they interpret both themselves and the world around them. When identity, and the traditions and norms which flow from and express that identity, becomes recognized as “identity” rather than being perceived as the natural order of things it is a sign that the identity in question is no longer able to explain and order the world. It is no longer able to create meaning and purpose, thus it becomes open to question. These times of questioning constitute a paradigm shift, those moments in history when power shifts from an exhausted order to a new one with the legitimacy necessary to explain and order the world.

The Liberal paradigm has come into question. Liberalism has been the driving force shaping European identity for the last three centuries. Indeed, it would be only a small exaggeration to say that the last three centuries have been the story of liberalism overcoming all of its ideological, religious, and political rivals. The central tenet of liberalism is the primacy of the individual, who is held to be solitary and equal in a state of nature. As a result, liberalism holds that the individual is the primary social unit. For the liberal, “There is no such thing as society. Only individual men and women”. Following this assumption to its logical conclusion undermines the legitimacy of identity because identity by its very nature is concerned with creating an in-group and an out-group, thus restricting the choices of the individual. It does this creating and affirming values which are sacred to the in-group and express its essence, to which the individual must submit to remain part of the in-group. To violate the norms of the tribe carries real consequences because doing so undermines group cohesion. Liberalism believes that society, the tribe, is artificial and exists solely to protect the rights of the individual. As a result it undermines the norms and customs which allow identity to exist, to create an us and them. Liberalism undermines any form of identity which is not “rational”, which is not contractual. Under liberalism the tribe, and the identity which is its expression, is replaced with the marketplace and the social contract. It changes from an expression of essence to a legal formality.

If man were in fact an atomized individual by nature the social contract model of governance would be sufficient to meet his needs. Science, history, and individual experience reveal the reverse to be true. Man is by nature a social, hierarchical, and tribal being. Understanding this, the paradox of postmodern identity, which provides Europeans with inauthentic, disposable, and artificial identity while at the same time demanding the worship of the identity of the Other becomes comprehensible. The combination of disposable identity for the in-group combined with reverence for out-group identity is designed to serve as a substitute for authentic, self affirmative European identity, which by its very nature is illiberal. These substitutes are necessary because authentic identity is a fundamental human psychological need. Identity not a costume; identity is expression of the essence of a tribe, a race, a civilization. It manifests itself in the myths, literature, laws, social mores, and politics of a people. To be without identity, without roots, is to be spiritually dispossessed.

The seemingly endless list of meaningless and interchangeable identities serve to disguise the inherent meaninglessness of postmodern identity. They are harmless substitutes for authentic identity. These faux identities, along with consumerism, drug abuse, and entertainment escapism constitute are a form of passive nihilism. They serve as spiritual narcotics to mask a growing fear that life is meaningless. The artificial identities which are offered to European man are designed to satisfy the masses need for identity, the type of man which Plato described as being governed by the desiring part of the soul.

These remedies may be sufficient during times of prosperity for the majority of men, but are insufficient to satisfy those who Plato described as being governed by the spirited part of the soul. These individuals are the greatest threat to the system because they cannot be satisfied with a combination of bread and circuses and a cheap imitation of authentic identity. They require something deeper, more demanding, and dangerous. The veneration of the identity of the other is the cornerstone of the project to create a negative white identity. It is the inverse of a healthy identity in that instead of inspiring pride in European heritage, history, culture, and tradition it instead instills a sense of shame and guilt in European man. The goal of negative European identity is to shift the natural desire for authentic, affirmative European identity experienced by the higher man into channels which re-enforce rather than threaten the liberal paradigm. It is designed to spare the higher man who “would rather will nothingness than not will” the indignity of passivity. Thus his identitarian urges are redirected towards undermining his traditions, history, and culture, further strengthening the liberal paradigm.

The identity substitutes of inauthentic identity for the masses and negative European identity for the elite are re-enforced by a cultural climate which is akin to a witch hunt, those who question either white guilt or the moral superiority of the Other are branded as heretics, and at best face ostracism, at worst physical violence. The goal of these actions is to force conformity to the dying liberal paradigm. These measures are necessary because of the weakness of the current paradigm. As the growth of the Alt-Right and the strong electoral performance of the civic nationalist right in Europe and America demonstrate, there is a hunger for authentic, affirmative European identity. The Alt Right is uniquely situated to fill the void left by liberalism because it is the only ideology which offers European man a non-ironic, self-affirmative identity.